Fredwave is back with another set of enthralling visuals, dropping another gem in the form of his latest single “OMF”.

Uncanny is responsible for the video production, which sees a four-screen-split setting, as we see a typical day in the life of Fred who sets off to the London backdrops of overcast skies, whilst riding the accustomed Santander bike around the ends.

The alternative sounds of Fredwave connect soulful vocals to high-tempo instruments, giving “OMF” it’s energetic yet smooth feel, as Fred speaks on an emotional relationship which takes him to darker measurers as he states being “off his face” all day.

You can take in the gripping visuals for “OMF” above and to see Fredwave re-unite with Jeshi on “Another Cigarette”, click here! 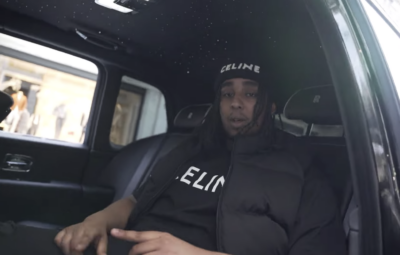 Showa is a "Savage" on new track

Showa has hit us up to drop his latest set of visuals on our YouTube channel. Check out the video, dubbed “Savage”, above on GRM Daily....