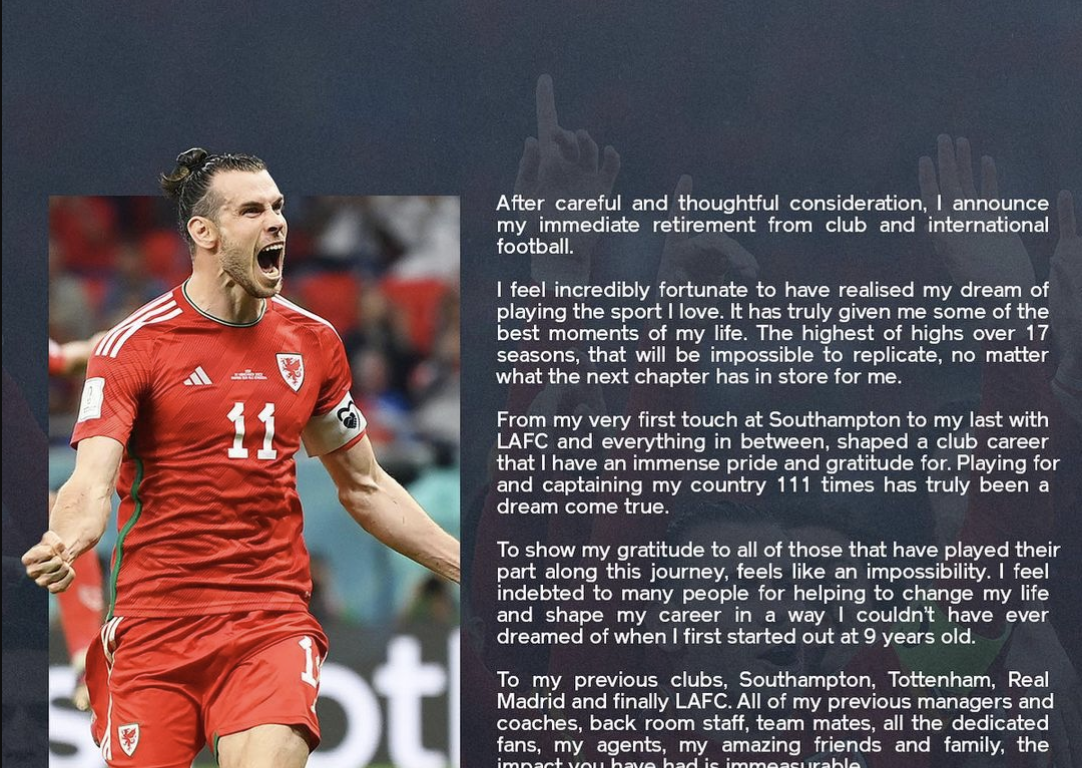 Gareth Bale has officially announced his retirement from football in a series of statements released on social media today.

The 33-year-old has enjoyed an expansive and successful career in various leagues around the world, his amount of silverware putting him in the conversation as one of the greatest British footballers of all time.

Bale said in his statement, “I feel incredibly fortunate to have realised my dream of playing the sport I love. It has truly given me some of the best moments of my life. The highest of highs over 17 seasons, that will be impossible to replicate, no matter what the next chapter has in store for me.”

He played the majority of his career as a winger and a forward, beginning his career at Southampton after graduating through their infamous academy system, before enjoying fruitful spells at Tottenham Hotspur and Real Madrid, before finishing his time as a professional at Los Angeles FC.

He’s also been a talisman for the Wales international team since the year 2006, with his last appearance coming in their recent World Cup outing in Qatar.

It remains to be seen what’s next for Gareth Bale post playing-career, but whatever happens, he will go down as an icon of the sport.