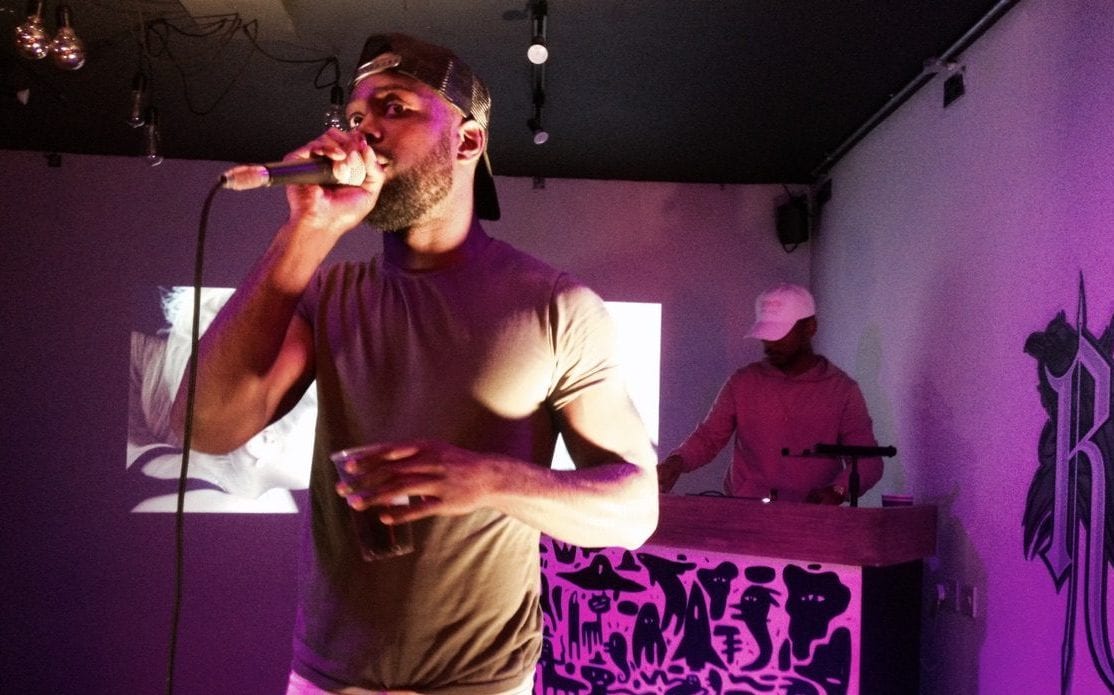 Months after delivering grime’s “Wicked and Bad” anthem of the year, Ghetts and Rude Kid are back with a vengeance.

Building off the success of November’s ‘653’ EP and its standout hit “One Take” (which got UK MCs as excited as a Kanye Brits invite), today the pair released “Peng Tings”, a certified summer sizzler off their upcoming ‘764’ project. On top of that, Rude Kid’s remix of Chase and Status’ “Spoken Word” with Ghetts and George the Poet was announced as Annie Mac’s Hottest Record in the World last night.

At their “Peng Tings” launch party at Relentless HQ yesterday, Ghetts and Rude played some of the material off the upcoming venture – the Donae’o-featuring “Limbo” (mad!), the ends-inspired “London” (oh gosh!), and the “One Take” sequel “Take Two” (game over). Ghetts and Rude Kid, as well as looking real nice for the summer, are steadily becoming a seminal partnership in the scene – think Guru and DJ Premier; Drake and 40; Snoop and Dre.

What is evident on sitting down with the pair is the personal chemistry they have. “I think a lot of people like the energy me and Ghetts have together” says Rude Kid. “Working with Ghetts is sick… [Our] work rate is crazy, so when he’s in the studio, and I’ve got a tune, he’ll probably write to it there.” Ghetts agrees – “It’s nice because the turnover’s quick… Like he’s not arrogant, I’m not arrogant, so he’ll say something like ‘I don’t feel that’, and I’ll look into it.”

Ghetts clearly respects Rude Kid’s opinion, and says he completely re-did his verses on “Limbo” because of the producer’s comments (“What he sent me yesterday – it’s the one” says Rude). He doesn’t always budge, though. Take on “One Take”, where after initially hearing the Newham MCs delivery, Rude Kid was unsure. “I wanted him to go mad Ghetts, but he done the freestyle in one take, and I weren’t sure about it at first, but he was like ‘trust me bruv’”. The producer was happy to be proven wrong.

Talking “One Take”, Ghetts reveals that the father of all grime freestyles was almost buried in the cradle due to his reservations concerning the beat. “I was listening to it and I weren’t sure, because that’s more – lately I been doing more bubbly grime and loving it – but my original thing is more dark.”

“But do you know what happened? I was sitting there, and I thought ‘Do you know what bruva, someone else is gonna get this beat, you’re gonna sit there and you’re gonna be pissed’. Do it.” He then laughs a relieved laugh, as someone reflecting on a seminal hit that could have got away is entitled to. “One Take” went on to become one of the most hopped-on grime instrumentals of all time, with the pair in agreement that Stormzy, Chip and Cadet and Youngs Teflon take the podium for remixes.

Away from the music, last week it emerged Ghetts had endured some significant car dramas. Firstly, he was flooded out of his vehicle during London’s spate of torrential rain. On that incident, GH says “Imagine this, I was laughing at first. I realised that in thirty seconds, this water was really rising, and I said “Nah”. I phoned the fire brigade and they came and got me out. Big up the fire brigade.”

Less than 48 hours later though, Ghetts was involved in a serious incident whilst driving the courtesy car he had been provided. “On my way to a booking I had a head on collision on a country lane with another car – thankfully everyone’s alright though. Both passengers.” He also revealed that the strong response of fans to his accident was not intended. “I didn’t try and put that out there like that” he says, “like everyone pray for me, because I’m alright, you know what I’m saying.”

The two artists are both in high demand right now, and have a lot in the works. Rude Kid was recently awarded his own slot on Kiss FM, a feat that he admits hasn’t hit him yet (cue round of applause, led by Ghetts). From the sounds of it, ‘764’ will also be landing imminently, but the pair are keeping details of the EP close to their chest.

In terms of his forthcoming solo album, however, Ghetts reveals we are going to have to wait a bit longer. “My album aint coming till first quarter next year” he says. “I’m letting everyone breathe, remember I said it. You see my album, I swear to you, I’m not just saying this yeah… [Lengthy Pause] Fam…”. Rude Kid chips in at this point – “His album is cold! It’s a wicked album.”

“It feels like a new Ghetts,” GH chimes back, “In terms of what I’ve learnt, working with new people, learning about melodies, learning about song structure more, where the substance should be… And I’ve been doing more shows, and finding that “One Take” style has been a beautiful thing for me [because] I’ve become easier to digest. There were some people who couldn’t digest what I was saying before, so learning how to do that has been a good thing for me.”

Like Jordan and Pippen, or Jay and Kanye, Ghetts and Rude Kid are galvanising new dimensions in each other’s expertise. That spells trouble for the rest.