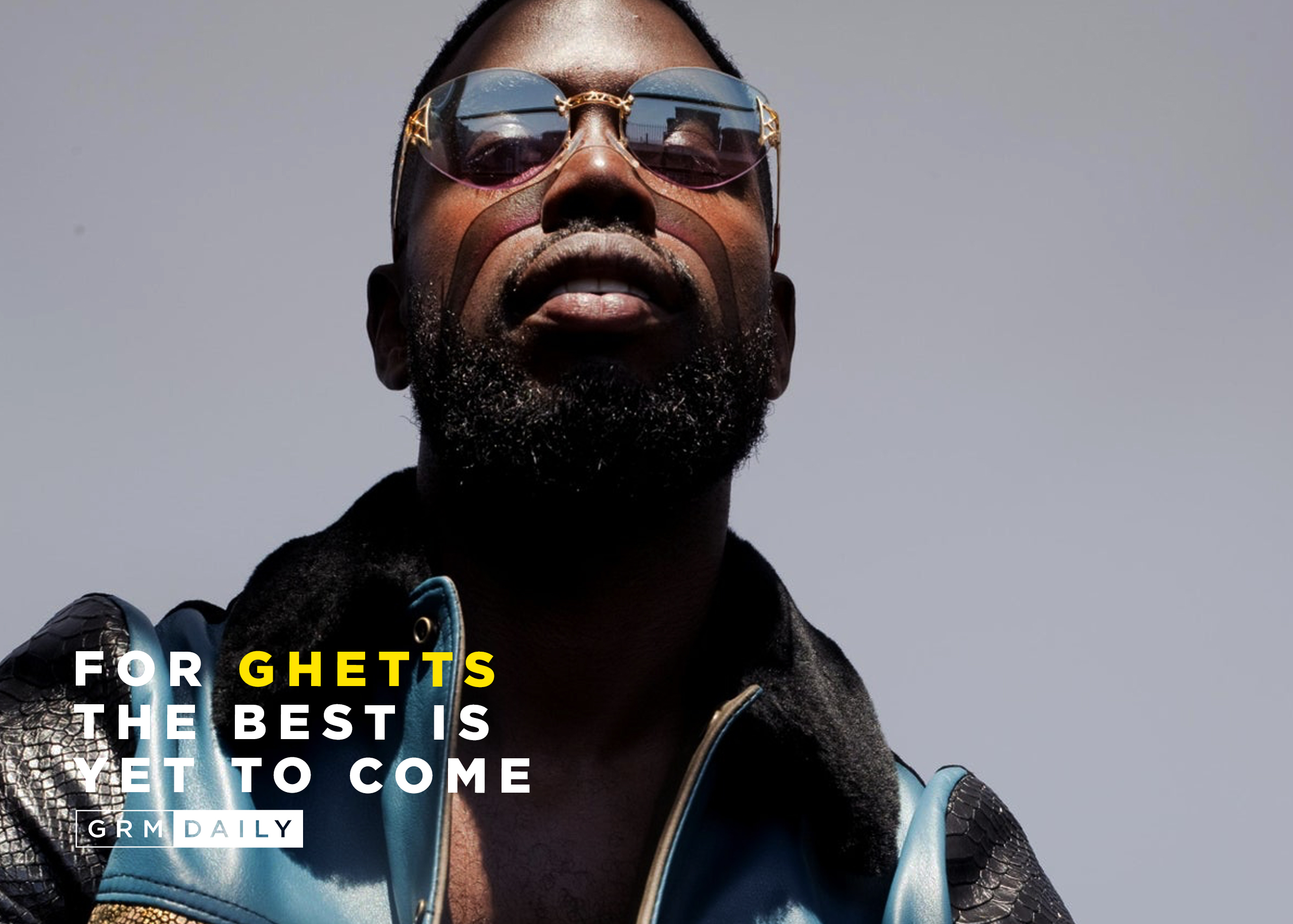 Justin Clarke, Ghetto or Ghetts. Whichever of the three names you know him by, you’re sure to know him for one thing: shelling. If you’ve been paying attention, you’ll be wise to the fact that the veteran MC has been on an insane run spanning the last 18 months or so. Having bodied countless features, dropped probably the year’s best freestyle on Mad About Bars and released a number of top notch singles, it’s clear that despite the dizzying levels he’s already got to in his career, right now he’s in a different zone.

As an MC, Ghetts has been an undisputed master of his craft. He’s one of the country’s premier wordsmiths and the energy he brings to a live set is so charged that at his best, you’d swear he can summon lightning. All this said doesn’t explain his current form though, indeed all this been true since he was “spitting skippy flows on Risky Roadz”. This current iteration of Ghetts is the same but different. He’s just as deadly with his pen but boasts improved accuracy, has the same fired up energy but channels it with better effect, is equally as sharp yet with greater clarity. This version of Ghetts is the best yet.

Once long ago, Wiley sent for Ghetts, calling him “just an angry K.A NO”. Even back then, Ghetts’ music was known for its patented blend of razor sharp wordplay and potent, raw, ‘angry’ energy. But Ghetts is, and has always been so much more than what Wiley’s backhanded-compliment tries to reduce him to. Ghetto Gospel introduced his trademarked high-octane delivery and relentless flow, but about half of that project is dedicated to reflective storytelling and social commentary. In this way, young Ghetto embodied the grime of his day.

Deriving from the lineage of garage’s party-centric flows; but post ’05 grime evolved to exhibit a wider topical range through its lyrics and better represent the MCs as well as the environments they came from. Ghetto and each of his counterpart’s in The Movement collective were testament to the level of lyricality grime had reached, but where he and the genre at large wasn’t yet as developed, was in the art of song making. Song making: a skill that is sort of inconspicuous, not easily discernible or recognised by most. But a concept that Ghetts is showing a mastery of, now more than ever.

Whatever the genre, few artists can pattern any one element of song creation — lyrics, instrumentation, structure, pacing, transitions- to an elite level. Only the best can marry them all. By way of example: Boy In Da Corner is still reverred almost 20 years later because it does just this. As debuts go, Dizzee’s classic is joined by Kano’s Home Sweet Home and Dave’s Psychodrama as likely being the albums that best exemplify this rarity and the range such achievements often exhibit. These albums have tunes that mandem and girls all love both mutually or respectively, riddims that verge on political and riddims that light up the party, songs that differ sonically yet don’t have to compromise to compliment one another. These projects are wide-ranging spectrums, yet they still make for an incredible, complete listening experience.

To that end, it’s far from coincidence that both Dave and Kano each collaborated with legendary British producer Fraser T. Smith on their debuts, using his wealth of expertise for everything from fleshing out the broader concepts of a project, to whittling away at the finer points of a song. Even beyond the affect on the albums, just being able to lock in with a pure musician that has worked with everyone from Adele, Gorillaz to Craig David, within rock, pop, garage and most things in between would have a profound affect on anyone’s artistic approach and musical outlook. Ghetts may not have benefitted from this type of schooling early in his career, but in the fullness of time, still learnt the curriculum.

In recent times Ghetts has collaborated with the likes of producer Swindle -himself a pure musician to the highest standard- and formed a partnership that has helped Ghetts in his own artistic evolution. But by his own words, this growth was spurred by being receptive to new sounds and styles, above anything else.

“Mozambique”, the lead single from his upcoming album is proving to be both the catalyst for, and the outcome of that growth. The hook is sung by Moonchild Sanelly, whom Ghetts met while in her native country of South Africa. The hook is entrancing, with the sweetness of her voice and the Xhosa lilt at odds with her sobering lyrics, she doesn’t just capture the essence of the song but she adds her own layer to the moving and moody Rude Kid production. The song as a whole is incredible, Ghetts and Jaykae both bar out, but when it comes to Ghetts the devil is increasingly in the detail. There’s a subtle siren sound sampled from Ghetts’ own classic tune “Top 3 selected” that appears half way through the first verse, Moonchild Sanelly ends one of her hooks to speak in Xhosa while the beat shifts underneath her voice, only to reemerge as something darker and meaner. The finesse and the subtleties in Ghetts and Rude Kid’s craftsmanship is some higher level stuff.

On the equally impressive “IC3” featuring an old adversary Skepta, the beat and the hook set the stage for the two legends to go back and forth, letting the bars take centre stage. Implementing the principle of ‘less is more’ is proof of the progression of Ghetts’ artistry and is used in “IC3” to the best effect.

Fans of Ghetts can sense that he is about to deliver something special. Between the freestyles and the features, the singles and the snippets, anticipation has built to the point that there’s a twitter account (@GhettsUpdates) solely dedicated to the status of the album, and with good reason.

His pen work has always been of the highest standard and he’s always been able to rely on that to outdo his competition. But it seems the other elements of his artistry now match, and have met his lyricism up in the stratosphere. So now the stage is set for the Newham veteran do outdo his biggest competitor: himself. 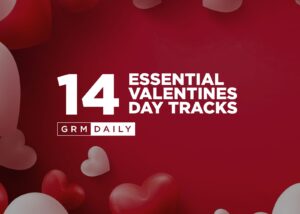 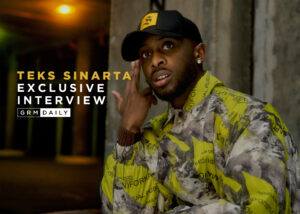 We had an in depth chat with Teks!...