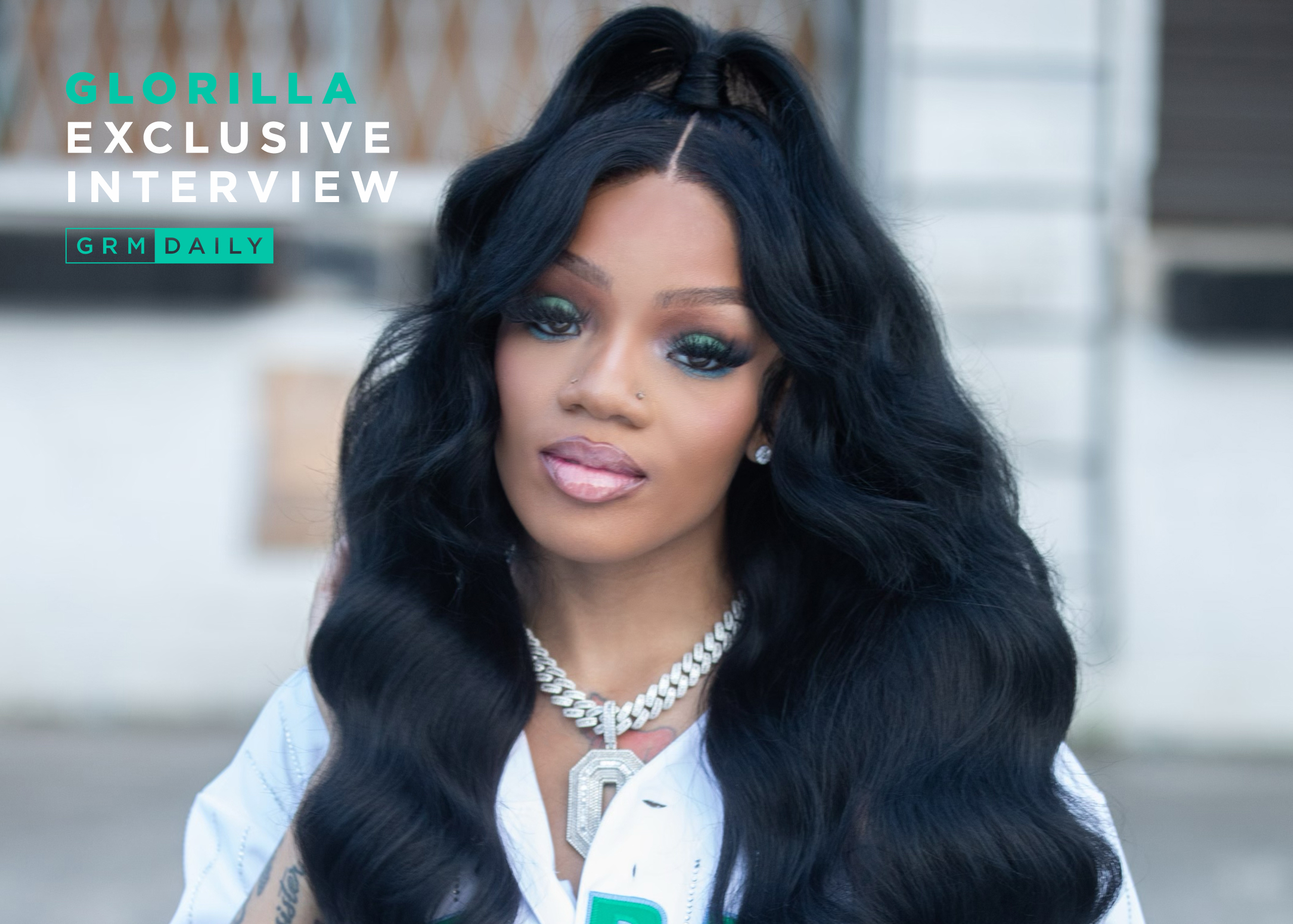 Following an amazing breakout, GloRilla sits amongst the hottest new names in the rap scene. Cutting through with a distinctive sound and hard-hitting singles, this year has seen her boss several stints of both viral success and global success.

Crowned Best New Breakthrough at the 2022 BET Hip Hop Awards, the Memphis native can also brag Top 10 Billboard Chart success, Gold Certified records and more! All leading up to her debut EP, fittingly titled Anyways, Life’s Great. Prior to the release of her project we caught up with her during her recent London visit.

The rapper in her early 20’s hails from Memphis, Tennessee. Touching on growing up in the city she talks about a dual upbringing, “I was raised in church, but I was being raised in the hood as well, I was in the midst of being bad and good. Of course, we struggled growing up, living in Memphis. Everybody got their struggling points unless you’re rich out there. I actually love the that I’m from Memphis because of our style and swag”.

With you growing up in the church, what did you listen to?

“My mom had us listening the gospel, we had to sneakily listen to the other music on radio. She would let us watch 106 and Park and BET countdown and stuff but driving in the car it was 95.7, Hallelujah FM”

Which artists did you enjoy listening to yourself?

“When I was young, I used to love Nelly, Soulja Boy, Bow Wow, I loved Beyonce. Then in high school it was Chief Keef”.

How did you decide you wanted to get into music?

“Chief Keef[…]like he was coming in so different, nobody was coming like him. Young, turnt, gangster. He created his own sound. That made me want to start rapping”.

A lot of rappers start off freestyling, was it like that for you?

“I went straight into writing, I’m not a freestyler, I’m a straight writer”.

A refreshing approach from a new age artist, she professes knowing she wanted to take music seriously from the start hence going straight into writing songs. Freestyling never being a thought, but delights she would be up for a deliver bars for a top line freestyle platform.

Pivoting to her breakout hit ‘FNF (Lets Go)’ alongside Hitkidd which has over 26Million streams on Spotify alone, the visual on a whopping 48Million+ YouTube views in 6 months. Many peoples entry point to GloRilla, excitable clips took over social media earlier this year.

How did “F.N.F” going crazy feel for you?

“It was crazy because I’ve never went viral before that but leading up to that I’d say around 2020 I have started going viral I was making little Triller videos to my songs. So I had the inner city like Memphis, Arkansas, Mississippi all rocking with me.

“So I made a triller for “F.N.F” and DJ Duffey, French Montana’s DJ, she made she made a reel to it on Instagram and it went viral. Then we done the video to it and that went viral as I had my pregnant friend in there at the red light, so everyone was going crazy about the video and then the song. It was crazy, I didn’t know what the hell to do”

Your visuals are all very fun, you have all your friends in the back, is that something you do consciously?

Is that something you want to get into?

“I actually have two pain songs on my EP!”

Getting into some of your collabs, “Tomorrow 2”, the “F.N.F” remix .. how did those come about?

“Cardi, I got hit with a was surprised when she did. I had been speaking to her about another song but I didn’t know they hit her to get her to do, my team tried to surprise me. She was like I already did the verse for Tomorrow and I was like what? And she sent me the clip and I heard it like omg she just murdered this song. She said to me we had to do a video. It was so good working with her, I love Cardi so bad, thats my cousin[…]the energy was unmatched. With JT and Latto, I was happy to have them on the song but I actually didn’t plan that or go to the studio with them”

When asked about who else she’d like to collab with, she playfully answered Chief Keef and Beyonce – two of her childhood listens.

Her debut EP released Friday 11th November, 11/11. As many angel numbers lovers would know, the numbers are said to hold a certain significance. Quickly chatting about it, GloRilla reveals it being a calculated coincidence.

What can we expect from the EP?

“I got two pain songs on there, turnt music on there too. I just feel like there isn’t any skips on there and hope everyone feels the same way too. I’m nervous because I know people are expecting a lot out of me. But I feel like they’ll like it”

Do you feel a lot of pressure to deliver and be active?

“Yeah but I feel like I handle it well, theres a lot of pressure. But I prayed to get here, I’m ready to work, it do get tiring though. Sometimes they have me doing interviews from 11 in the morning, I be so drained, by the time I make it the last couple they ask whats wrong with me [laughs]”.

Signing to CMG earlier the year, the label is headed up by Yo Gotti and home to rap heavy weights Moneybagg Yo, 42 Dugg, EST Gee & more.

How was it signing to CMG?

” I loved it! I had a lot of labels interested. But a lot of people were only trying to sign me for F.N.F but they couldn’t because it wasn’t my song. So when Gotti hit me up he knew that and asked what else I go. Was on a yacht in Miami and I played him music. The other labels were cool but with him being for Memphis too, I was excited.”

Were you ever concerned about signing? Theres some controversy surrounding it nowadays.

As we close out, we asked GloRilla for a fun fact about her, something that people don’t know. Her humorously responding “people don’t know I got a fat a**”. Her current favourite listen impressively one of her best friends. Her recommending we check out, Gloss Up’s “DPWM”.