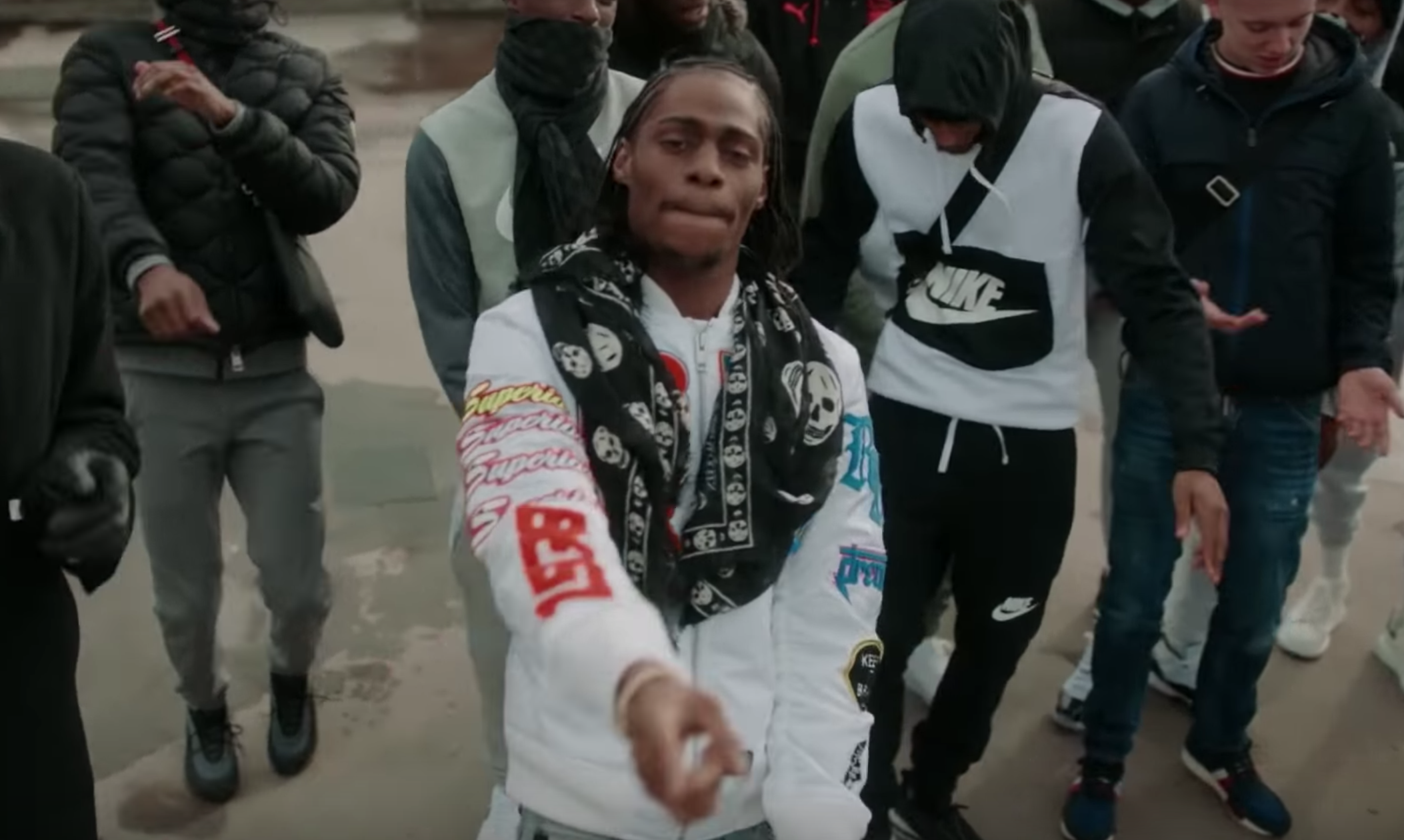 The past couple of years have been huge for our channel, so at this time of year, we like to take a look back at the years’ success. We’re going to be looking at the most viewed videos on our channel of this year (view counts were accurate at the time of writing). So let’s get straight to it!

To kick things off, the most viewed video of this year was the remix to Russ and Tion Wayne’s “Keisha Becky”. They created a wavey line up and linked up with Aitch, JAY1, Swarmz and Sav’O to provide slick drill instrumentals. The video received a massive 27 million views (at the time of writing). The track was released in April and was a summer hit with its catchy hook and chorus.

Secondly, we have D Block Europe with one of their many appearances this year. Released early in the year “Kitchen Kings” boasts a mighty 21 million views. Young Adz kicks things off by providing his melodic flows then LB follows suit by delivering an animated second verse. This is a banger.

Next up we see Aitch appear again but this time with Nottingham duo Young T & Bugsey. Releasing hits such as “En Route” and “Ay Caramba”, these guys have a reputation for providing bangers and this was another to add to the list. With an impressive 18 million views, we’re sure many of you will listen back to this track and think of summer 2019.

The fourth most viewed GRM video of the year comes from NSG with “OT Bop” clocking up 12 million views. These boys have demonstrated their ability to create massive tunes and this one is top of the pack. The track is full of playful lyrics with a light-hearted feel which reflects the visuals as well. Released in May, this was a big hit for summer.

Coming in at number 5 is Russ with his remix of “Gun Lean”. Released back in January, it was the biggest song at the time which racked up a huge 11.8 million views. Russ came through with an all-star line up drafting in Taze, LD of 67, CGM’s Digga D, Ms Banks, and the legend Lethal Bizzle.

Another big track of the year was Hardy Caprio’s’ “Guten Tag”. He enlisted South London rapper DigDat who took 2018 by a storm with his drill anthems. With 11.6 million views, this track is a fuse of Caprio’s’ high spirit and DigDats hard hitting lyrics. This track came just in time for summer.

JAY1’s first entry to this list sees him come in with hugely impressive 11.4 million views. JAY1 came through with his highly anticipated track after teasing it for a fair few months. “Your Mrs” takes on some steady instrumentals and playful, slick lyrics.

Next up at 9.5 million views is a special collaboration brought together through The Plug Records. One of America’s most promising acts Roddy Ricch and two of the UK’s coldest artists Chip and Yxng Bane came together on “How It Is”. This track sees the trio of artists use their lyrics to flex as an example of how far they have all come as a result of their hard work.

After returning home and making a public debut appearance on stage with Drake, this was a very special Daily Duppy freestyle. With 8.2 million views, J Hus blessed us with hard-hitting rhymes and his unique melodic style. Here’s hoping we get more from The Hustler in 2020.

With their second appearance on the list, the D-Block Europe boys Young Adz and LB came through with Lil Baby on “Nookie”. Released in September, the track has 7.4 million views. These guys aren’t shy of an all-star link up after connecting with Future at this year’s Wireless Festival and Offset, Lil Baby is another to add to the list. The track is a hard-hitting trap banger with a clean fusion of US and UK rap.

Released later on this year in October, drill artist Poundz dropped “Opp Thot” which has an impressive 7.1 million views. This one is upbeat with a jumpy flow and raw lyrics creating a lively banger. Another one to add to his growing catalogue.

Further proof that 2019 has yet again been a really good year for D Block Europe, they clocked up 6.8 million views for their track “Home P*ssy”. This track is piano-led with a smooth range of melodies from the pair.

Clocked in at 6.7 million views since it’s March release, Russ & Tion Wayne’s “Keisha Becky” lands in the top 20. Both artists have had a great year so it’s no surprise that this has made the list, Russ with “Gun Lean” and Tion Wayne joining forces with NSG on “Options” and with Swarmz on “Bally”.

Tion Wayne usually makes high spirited tracks but he changed it up a bit on this one to join Russ with a menacing drill beat which went on to be remixed and becoming most-viewed track of 2019 (at the time of writing)!

Also breaking the six million views barrier (6.4 mill) was this massive collaboration between Swarmz and
Tion Wayne with “Bally”. A Beatfreakz produced track, you know this was already going to be an upbeat one.

The blend of the two artists works very well which created one of the first bangers of the year after its release in the first few days of January.

Up next is MoStack’s “Daily Duppy” just making it over the 6 million mark (6.1 mill). The North London rapper did not disappoint, his lyrics were fiery and he delivered with confidence and style. Mo drops lyrics about friendships and relationships; he dedicated the freestyle to J Hus who at the time was serving a custodial sentence.

Another giant track released this year was “LOML” with 6 million views. Young Adz from D Block Europe and Not3s bring their lively lyrics to a bouncy production from Remedee which was right in time for the summer.

Few artists have had a bigger year than D Block Europe, with their final appearance on the list, this time with Offset. Back in July they collaborated on their track “Rich” gaining 6 million views. As expected this track was playful and full of life, the visuals are just as fun.

2019 was a huge year for the Coventry rapper JAY1 with his second solo appearance on the list. “Mocking It” was the follow-up track to “Your Mrs” and it did not disappoint. It was fun, boastful and captures his slick rap style.

Just making it into the list, Ard Adz comes in with 5.5 million views on his track “Habibti”. A soft trap instrumental, Ard Abz comes through with slick and direct bars.

Last but not least, clocking in at 5.1 million views is another drill banger coming from two of the most prominent players in the drill scene Digdat and Loski. The duo goes back to back on some playful and raw bars making it worthy of a place in our list.