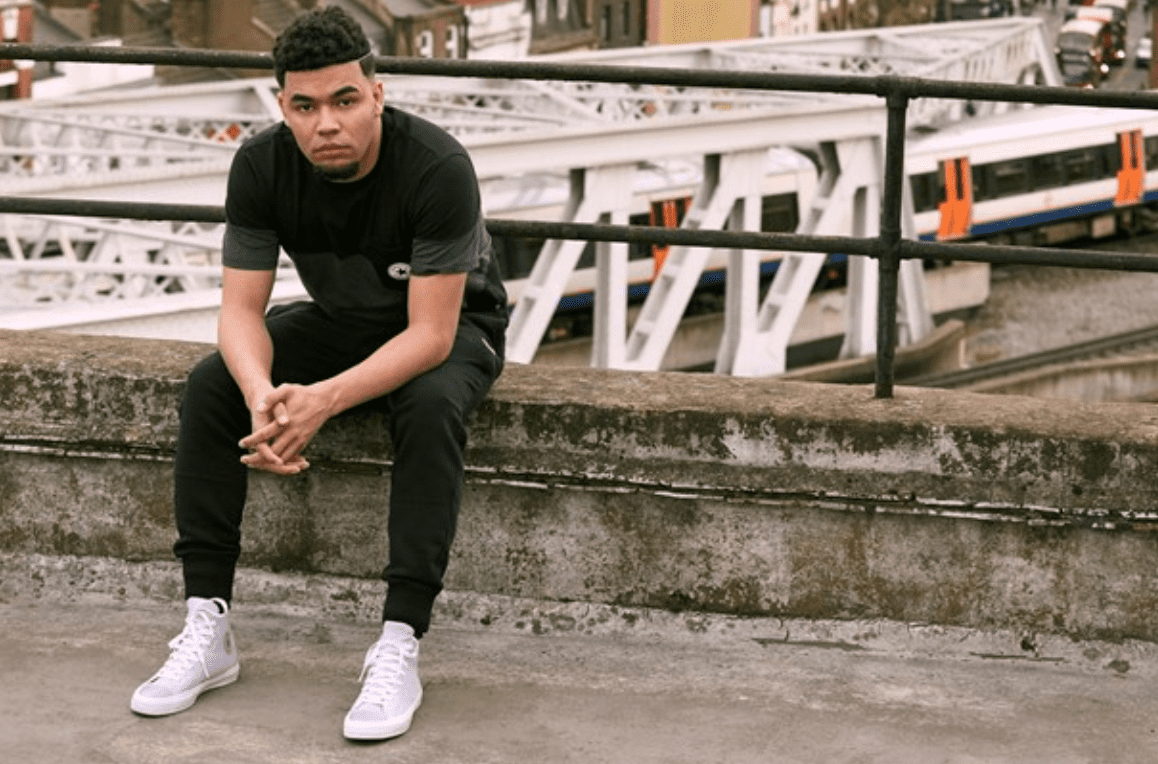 Over the last few years, Yungen’s success has steadily risen to bring him up the top tier of artists in the scene.

The Disturbing London and Sony artist hails from south London and brings an eclectic mix of sounds to his music. His latest track “Bestie”, in collaboration with Yxng Bane has reached 1.7 million views on his own channel in just two weeks. It’s safe to say he’s making waves.

Congratulations on the new track with Yxng Bane “Bestie”. The video is next level, what was it like shooting in Dubai?

It was sick, man. I was actually out there to do a performance. So I was out there and I thought ‘it would be sick if we shot “Bestie” while I’m here’. So I flew out Yxng Bane and we just went for it! Lastminute.com we went for it.

Who falls off the quad bike?

G Frsh! When it happened I was like ‘did you get that?’ and when they said yeah I was like ‘we’re definitely putting that in. it was hilarious.

You’ve said your sisters and your dad’s music taste massively influenced you. Had you not had that, would you still be making music? How would it sound?

I think me making music comes from my surroundings like my estate and stuff. I think that’s what made me want to make music. Listening to music is was more my family.

So it was partly your surroundings and partly family as well that influenced you?

I think that’s why I can do both, I can do RnB tracks and I can do grime stuff.

Do you think if you didn’t have that influence you maybe would have had more of a ‘typical’ south London, harder grittier sound?

What are some of your favourite RnB tracks?

My favourite… I’m like an old school guy so Jagged Edge and stuff like that. Donell Jones, too. They’re my guys. Old school! 90s RnB is the sickest thing to me.

When I said that I meant what the sound was like coming up. Grime used to be an east London thing, but obviously its everywhere now. South London boys are coming up and doing grime.

At that time I just felt like the east mandem growing up were the grime guys. They were into selling records and just doing things like actually making music, they were doing things on the jungle thing and coming from garage. South was more just rapping.

It’s sick now how it has merged. There are east guys doing rap – Yxng Bane is from east. He raps and does afrobeats.

Tell me about your relationship with Wretch 32.

He’s just like my idol, man. When I first started rapping he was my guy that I used to look up to. Then I was blessed to meet him. I think we just met on social media, you know. Obviously I’ve always followed him and been a fan and then when I come up and was doing my thing he seen me.

After that we just used to bump into each other really and from there we just clicked straight. That was back in like 2012. We are proper close, anything I need to ask someone I hit him up. He is my eyes and ears.

So you’re performing at Wireless this weekend. You’ve said before that Wireless is different to other festivals, more of a milestone. Why do you think that?

I just think growing up as a teenager you want to go to Wireless and watch the biggest acts. Either Drake is headlining, or it’s Nicki or [this year’s Sunday headliner] The Weeknd, it’s always been that. The people who are your idols are headlining.

So to be on the Wireless line up last year for the first time was mental for me. It’s so weird and I was so nervous and excited. I had a hundred million feelings going through my body but it was the sickest thing ever.

My career was changing and that was part of it.

Ah! I just want Kem to win, but I don’t like Amber. I fancy Amber, but I just don’t think she’s good for Kem. I don’t know… I feel like Kem is a big softie. I heard Kem spit today! It was on GRM actually! He’s sick.

Kem is my guy, I could roll with Kem.

Capital Xtra has invited Loyle Carner as the next guest to be interviewed! The chat consists of Loyle discussing fatherhood, His new album Hugo, the ideas that led to him choosing his name, dyslexia and the current state of t...

Sidders Delivers Feel-Good Vibes In "Live For Something" Visuals