#GRM10: Check Out 9 Of The Most Iconic GRM Moments 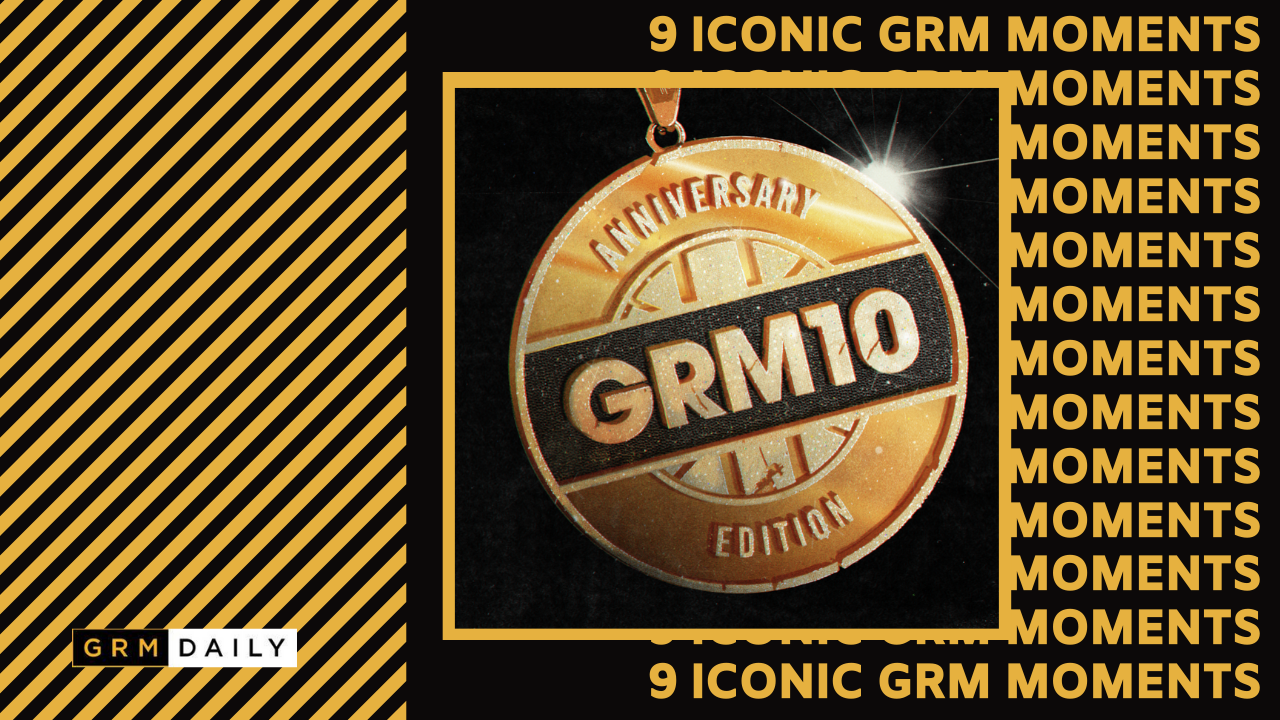 Once upon a time in 2009, grime and urban music were birthed on to a new platform where the very best of Black British music was whole-heartedly celebrated.

Now, a whole decade later, GRM Daily is gearing up to commemorate the success of the entertainment platform, formerly known as Grime Daily.

The long-anticipated GRM10 Album, which dropped today, Friday, June 19, will see an array of features from a star-studded line-up of creatives, who have worked hard and secured bangers throughout their careers.

Upon the album release, all we ask is that you sit back while we reflect on nine of the most iconic moments from GRM, from the many wins we’ve encountered over the years. In no particular order, here it goes.

The Deletion of ‘Grime Daily’ Before The Rebranding

With around two years of Grime Daily in the bag, the original YouTube account, which had been running since 2009, was taken down, in 2011.

Up until that point, the Grime Daily website was raking in around 70million views and boasted roughly 50,000 visitors per day. But the best was yet to come.

The Relaunch & Comeback of GRM Daily

Later on that year, the platform had been rebranded and is now better known as GRM Daily after rewording the name.

GRM stands for ‘Grime and Rap Music’, which brings together a wider range of sound than its previous focus on grime, and we have since shared a variety of music including UK rap, hip hop, R&B, Afrobeats and other related genres. The rebranding of GRM allowed the platform to grow and intertwine a lot more of Black music’s many offshoots.

The glow-up has just been continuing over the years, and half-way through GRM’s journey so far, 2015 saw the first-ever Rated Awards. The award ceremony is dedicated to UK Black music and celebrates the masses of excellence in the industry.

With four Rated Awards ceremonies so far, it’s safe to say each show has provided another level of lit performances that haven’t been seen on a normal run-of-the-mill award show.

How can we celebrate The Rated Awards without mentioning the Landlord himself, Giggs? Hollowman Giggs took to the stage, in 2016, to close the evening with a performance of – get your right hand at the ready – the national anthem AKA “Whippin Excursion”.

Dubbed the ‘performance of the year’ by a number of GRM fans, Giggs was joined by his nearest and dearest on stage, including legends Skepta and Kano, and we can agree it definitely makes the top ten list.

Kano was the receiver of the Legacy Award in 2015, which is undoubtedly the most prestigious award of the night. He scooped the title, which is known for celebrating consistent achievements.

The legendary rapper gave an unforgettable closing performance where he blessed the audience with a variety of his hits, such as “Flow Of The Year”, “Layer Cake” and “Ps & Qs”. Joined by Ghetts, the energy was undeniably high and it still stands as one of the most iconic performances the Rated Awards audience has seen.

The Car Check segment first came about on GRM’s YouTube page back in 2012 and the series showed fans an insight into their favourite rappers’ cars.

It hosted a number of talents on the online show, including JME, Lethal Bizzle, Blade Brown, Wretch 32, Ghetts and Scorcher, to name a few.

We can’t write about GRM’s Top 10 moments without including the creation of Daily Duppy.

You know when you see the half-yellow half-black booth, you’re in for a treat!

An unexplainable amount of hard-hitting lyrics and puns have been spat in the Daily Duppy booth and we’re sure there’s a special place in everyone’s hearts for the segment, which rakes in millions of views upon each release.

GRM Daily’s first mixtape Let’s Work Vol.1 came on the scene last year and was filled to the brim with elite talent. Tracks like Kojo Funds & Chip’s “Calling”, as well as Fredo & Not3s’ “YRF” are just the tip of the iceberg of UK artists, who killed every bar on the album.

The whole mixtape was full of no-skips and #GRM10 is closely measuring up.

We always save the best ’til last and we had to culminate with anniversary album GRM10.

Happy 10-year anniversary to GRM, here’s to another ten!