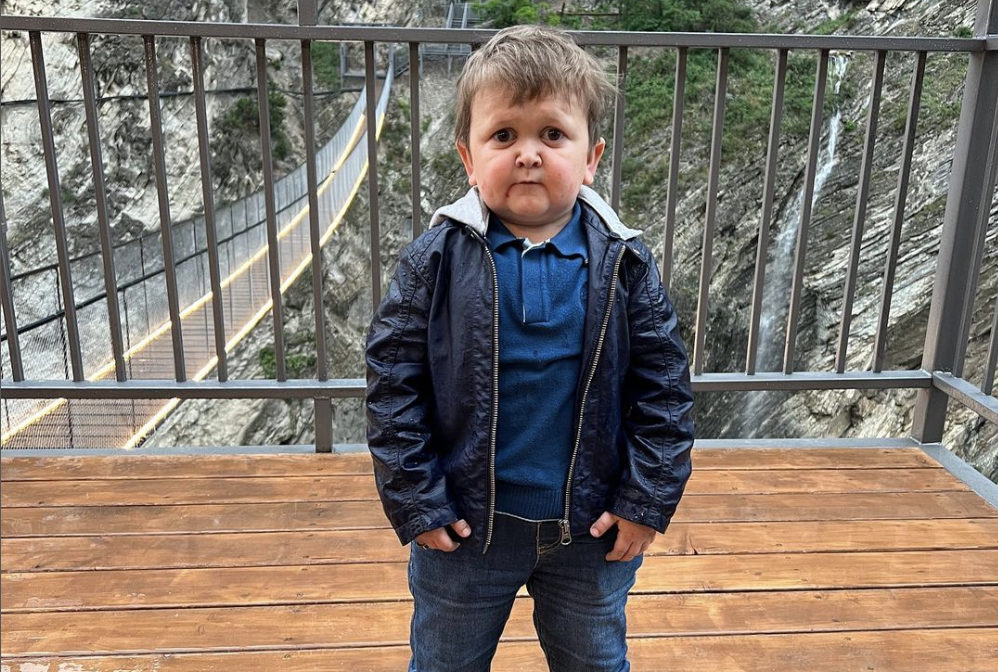 The deal was announced by UFC reporter Igor Lazorin who said 19-year-old Hasbulla has been contracted to help with the promotion of events.

“So far in the plan – attending tournaments, media activity,” Lazorin wrote. “We will not talk about the amounts in detail, but there they are such that many fighters do not get that much.

He also teased that we could maybe see Hasbulla in the octagon one day, writing: “No fights yet, but…”

Hasbulla has been gifting fans with entertaining content for the past year or so. He currently has 3.2 million Instagram followers, as well as links to MMA fighters Khabib Nurmagomedov and Islam Makhachev.

Just two weeks ago Hasbulla got into an online back and forth with UFC star Conor McGregor who said he’d love to boot the 3ft 4in teenager over a goalpost.

Could we see a match-up between the pair now that Hasbulla has signed a five-year deal with UFC? It’s highly unlikely but stranger things have happened!