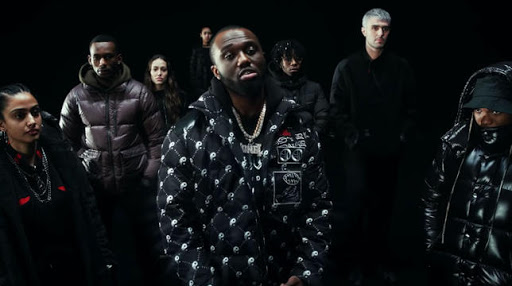 Last Friday proved to be an eventful day for Headie One. Not only was he released from prison after being jailed in January for knife possession, but it also saw the release of his new collaborative mixtape with BRIT Award winning producer, Fred Again. GANG sees the rapper move further away from a typical drill sound, something he experimented on with his previous work, Music x Road. “Both”, a stand out track from the previous work, used a sample of Ultra Naté’s 90’s house hit “Free”, which can be seen as a jumping off point for the new tape. While the sound of UK Drill continues to influence production on the other side of the Atlantic, GANG sees a turn to more electronic influences, encrusted with stellar features along the way.

The production of Fred Again is very much apparent across the tape. Syncopated beats and stripped back piano, as well as the distortion of Headie’s vocals are synonymous with the record, creating a sound that draws parallels with the producer’s work with Octavian on Spaceman. Fred Again manages to create a haunting atmosphere that focusses the attention on Headie’s vocals. While these are by no means flawless, and at times overly distorted, they help to contribute to the feel of solitude and isolation, especially on “Smoke”, where the start of the track feels like the rapper has been left alone to confront his demons, owing to the echo effect on Headie’s voice. While at times the high-pitched vocals can be a little grating, when they are used correctly they can create an atmosphere of melancholy and a release of psychological trauma.

Headie One’s bars on this project provide an introspective look at the trappings of street life and new found fame. “Told” can be seen as a follow up to the titular track of his last release, where he claims, ‘I still walk a thin line between music and road, That’s what I was told you know’. Headie also opens up about his depression and struggles with isolation, be that in a cell or due to his lifestyle. On “Gang” he spits, ‘They didn’t lie when they say you’re out of sight, out of mind’, demonstrating a seclusion from those around him, while on “Smoke”, Headie exclaims, ‘You know how many lonely nights I felt? Or the times I got an empty promise? I can’t trust a soul; I only trust my pocket”. There is a clear sense of paranoia and lack of trust in these bars, causing the rapper to keep a close circle and isolate himself from those around him.

This theme reaches its peak on the penultimate track, “Know me”, where he repeats the bar, ‘I was depressed now I’m in the press, New year, it’s a different stress’. The second time this is repeated the vocals are pitched up yet again, this time working well to emphasise the emotional trauma of the artist. The final track of the tape, “Soldiers”, sees a repetition of the phrase ‘we march on’ throughout the track, signifying a move forward and away from the situations and emotional state the rapper has found himself in. GANG therefore sees Headie One at his most raw and vulnerable, shedding light on his emotions and flaws in what feels like a cathartic experience.

The features on the project further emphasise Headie One’s versatility and growing reach across musical genres. FKA Twigs joins Headie on the interlude, “Judge Me”, a track which feels as if it would sit just as comfortably on Kendrick Lamar’s DAMN, as it would on a drill mixtape. Octavian delivers backing vocals on arguably the standout track and lead single of the record, ‘Charades’.

While Slowthai further adds to the eerie and melancholy feel of the tape on the interlude, “Tyron”. Sampha’s vocals on “Soldiers” are haunting and powerful, and Jamie xx lends his synths to “Smoke”, demonstrating a crossover between UK rap and electronic and techno influences. Those called upon to contribute to the tape show Headie One’s artistic pull and musical growth, experimenting with new sounds when his old one is arguably the most commercially viable right now.

GANG therefore can be seen as a demonstration of artistic adaptability for Headie One, and while it is by no means flawless, the substance and emotion portrayed throughout the tape makes it another string to the bow of his artistic evolution.