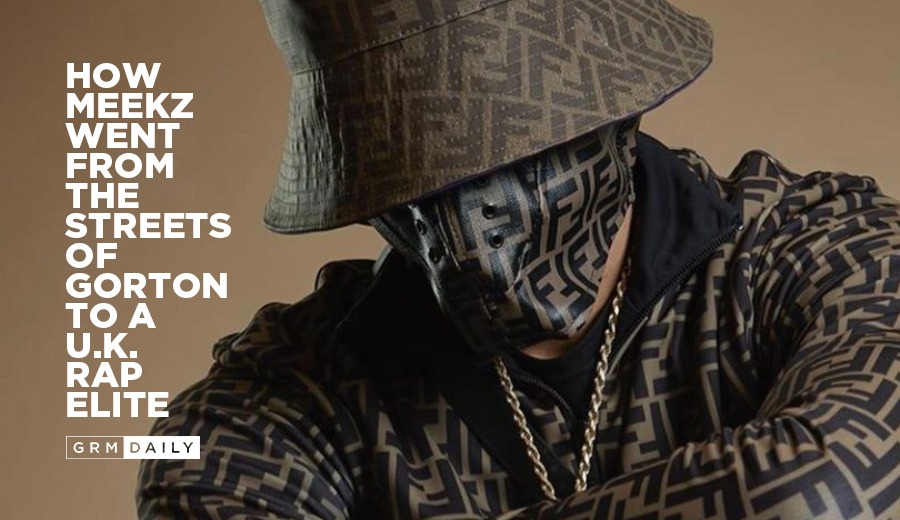 Before rapping with an English accent became cool, all rappers took inspiration from their favourite American hip-hop stars. Whether that was Jay-Z or Nas, not many Britons would have thought that those early stages would have led to a completely unique culture of its own which would go on to dominate UK music for years to come.

When London Posse started rapping with English accents back in the 80’s that was the start of something, but the fresh resurgence of grime music from 2014 to 2016 was the real start of black culture moving through to the forefront of British music, showing the Americans that yes, we can rap too.

Now when we fast forward to today in 2020, it’s pretty clear that U.K Rap and Drill music has become most popularised for millennials (thanks to grime music), and it’s not just London that is making the noise now. Birmingham has seen the likes of Mist and Jaykae stand up for the midlands – making the city seem like a second capital of black culture in some ways – while Bugzy Malone really set the levels for Manchester, showing that the 0161 is more than just a couple of good football teams.

However, apart from the football, Manchester really is the place to be right now. Aside from Bugzy’s impressive story-telling and the new-found cheeky raps of Moston’s Aitch, there is still a huge batch of talent coming from the city, so much so it has shaped its own culture that Mancunians can loudly say they are proud of.

On Friday, one of Manchester’s brightest prospects Meekz Manny dropped his eagerly-anticipated debut tape, Can’t Stop Won’t Stop, and yes – it’s as good as many people thought it would be. Being a proud Mancunian myself, I can vouch for the buzz that has surrounded Meekz since his Soundcloud debuts of “Trxppish” and “Take Losses!!” and the journey for the rapper from the streets of Gorton to becoming one of U.K Rap’s elite’s is pretty extraordinary. Nobody is forgetting that he can dominate a drill beat either…

Can’t Stop Won’t Stop welcomes six tracks from Meekz, with an additional introduction to the project showing some of the U.K’s most important figures from Giggs to Charlie Sloth, co-signing the talents of the Mancunian. “Let me tell you something, you know then there’s about to be a hurricane and people start to lock everything down and protect their property, let me tell you to start doing that now, because Meekz is coming, and I ain’t ever wrong,” preaches Sloth on opening track “Manifesto”.

The ‘hurricane’ has been coming way before then, however. Following his Scene Smasher freestyle a month prior, January ’19 saw Meekz drop his Hoods Hottest freestyle – three minutes of greaze that effectively went on to change the lives of himself and those around him. Comparisons could be made to a Walk In The Park-sounding Giggs with a deep, steady tone shaking the industry with street-talk that is more than believable.

Keeping up the pace with content, the end of January 2019 saw Meekz link up with fellow Mancunian, Tunde on “Say Less Do More”, a track that takes on a Mikabeats production to show two of the 0161’s finest touch on the lives they are really living outside of the music game. Hitting the piano-laced production in back-to-back fashion the pair delivered a track that opened up many doors for both of them, proving that they are both more than just straight-spitting lyricists on the freestyle platforms. This track did some serious rounds in Manchester and still holds the same replay-value 12 months on.

With tracks such as “Rap Aside” and his impressive Mad About Bars Freestyles moving Meekz further up the popularity leaderboard in U.K Rap culture, the time for the rapper to take on a fresh drill beat arrived when he enlisted Birmingham’s M1llionz, London’s Teeway and Coventry’s Pa Salieu on “Year Of The Real” – an anthem that went to all corners of England to secure itself as one of the most valuable drill records to hit the speakers since the genre first began making its waves.

Such a track would bring in a whole new dynamic of listeners for Meekz, using a sketchy, yet polished flow over MK The Plugs eerie production to prove that not only is his pen game one of the best in recent times, but to prove that the Meekz versatility is something that shouldn’t be taken lightly.

After the waves began to crash over the UK from “Year Of The Real”, Meekz was then cemented as a real figure to be noticed in the culture. And when “6 Figures” dropped, we were well and truly involved in project mode. With the record making a solid appearance on Can’t Stop Won’t Stop, with the visuals capturing Meekz taking his loved ones into one of Manchester’s most lavish bars. Head-to-toe in Louis Vuitton, Meekz dresses as cold as he performs; paying homage to the late

As the starting point surrounding the project we never knew was coming at the time, “6 Figures” stood as what seemed as a real turning point in Meekz’s career. Moving from the bando-orientated settings on the block in previous visuals to the highest end location in his hometown, it appeared the music life really began to take the driving seat in his journey.

The successes of “6 Figures” then lead to the release of the Jay-Z sampled “Big Bag”, the “Can’t Knock The Hustle” sample with go-to producer Mikabeats resulted in being one of the coldest tunes to drop this year. Teasing the drop of the new release, you see Meekz captured in his very own ‘Can’t Stop Won’t Stop’ military garments, testing not only his musical ability, but his business acumen too.

Project leading single, “Can’t Stop Won’t Stop” then came into the spotlight. Using the same military-themed visuals we saw in the “Big Bag” freestyle, Meekz delivers something not short of gold over a piano-sampled Mikabeats production, which in its own way embodies what the whole project stands for.

Beginning subtly, the record builds in intensity where it sketches out the goals and ambitions of the artist. Tracks like this have long-standing messages to be given, and as a track that is relatable in more ways that, it has for sure already been cemented as a U.K Rap classic.

Now life post-release of Can’t Stop Won’t Stop is in full flow, delivering his latest single and stand-out record from the project, “Like Me”. Once again linking up with Mikabeats on the buttons, the boom-bap sounding record laces a synth-sounding sample to lay the foundations for Meekz to tell the haters that his journey has led to the masses trying to be him – but of course, they can’t.

With each drip-laden Meekz from all the movies he has released in the past being involved, “Like Me” is the perfect visual to capture the journey that has seen the Northerner cruise to the top of the game. “You could never be like me, can’t believe they’re making Meekz-type beats, it makes my knees quite weak,” he boasts.

The release of Respect The Come Up is one that is expected to stand up as one of the best projects of the year, the anticipation for a Meekz body of work has been building for months now and the arrival of it has been the complete opposite of an anti-climax. As a project that not only embodies the Meekz Manny brand, it carries longevity and an energy that has been missing from the UK for a while.

Manchester is really standing up for this one right now. Stream Respect The Come Up below.