What Stormzy performing at Glastonbury meant for Black British Culture 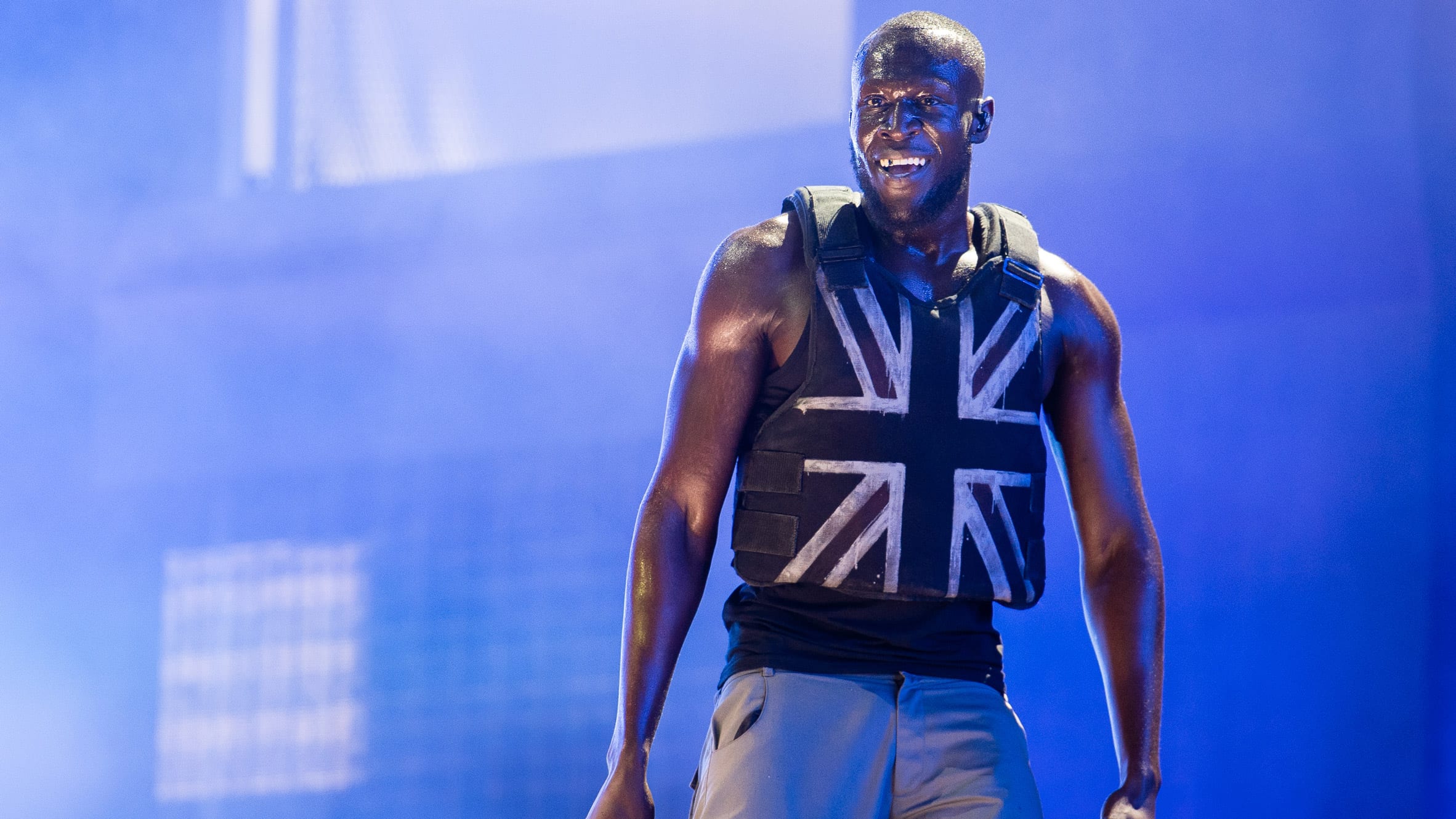 Stormzy is proud of his heritage and evidences this in everything he does.

Many will remember the day Gang Signs & Prayer was released. The artist spent the day doing a series of pop-up performances across London. All of these were great but the energy at the one in Croydon felt different.

Fans filled Boxpark in Croydon and stood on tables and chairs to cheer on one of their own who was dominating the charts, changing the course of the scene and making moves in music.

Stormzy spoke about the importance of this performance to him and how Croydon felt like home. Stormzy told the crowd, “This is for you, the most special show of my life”.

Two years later, that same Stormzy stood on the Glastonbury stage and offered the same energy. Again, the artist was about to offer one of the most special shows of his life.

Just over a week before headlining Glastonbury, Stormzy appeared on the BBC’s The Graham Norton Show to perform his latest single “Crown”.

Stormzy explained when he joined the sofa that he was feeling nervous.

“Big sofa” Stormzy says to which Graham replies, “yeah and you…” as he gestured for the crowd to cheer.

The line-up seems intimidating until you consider that sitting with Tom Hanks, an Oscar winner and a superhero in Spider-Man, was an artist who is metaphorically a superhero himself; a champion for grime and British rap music who has paved the way for a new generation of artists to independently break into the mainstream, a philanthropist who has provided higher education opportunities for black youths to excel at one of the top universities in the world and following the announcement he will star in a cinematic adaptation of Noughts and Crosses, an actor himself.

Graham Norton pointed out, as have other journalists that Stormzy has shifted the culture in being offered the opportunity to headline such a prestigious festival. Artists normally have a catalogue of albums and are much older in age when they are granted such an incredible feat.

But Stormzy has already obtained the icon level status needed to headline Glastonbury. One album in and Stormzy already has the plethora of hits necessary to captivate a diverse audience for a lengthy set.

Stormzy has already proved himself capable of carefully choreographed performances that elevate rap performance to a level that makes the standard rapping over a track with a hypeman at your side no longer acceptable.

Stormzy was initially sold as “the first black British artist to headline Glastonbury” and although this was later disproven as Skin from the band Skunk Anansie headlined in 1999, Stormzy is still the holder of an amazing and commendable achievement 20 years later as he was, in fact, the first solo male black artist to headline, and the first British rapper to headline the Pyramid Stage.

Achieving this just after Beyoncé became the first black woman to headline Coachella festival over in the states, Stormzy sits with great company.

Introduced by some inspirational words from Jay-Z who tells Stormz to ask himself, “how can I create a culture around this whole thing?”.

Jay-Z knows what he’s talking about, the rapper headlined the festival in 2008 and supported Beyoncé during her Coachella performance that did exactly this and brought black culture to Coachella and later her Netflix documentary.

Stormzy took Jay-Z’s advice and ran with it; he brought black British culture, the highs and the issues to Glastonbury and along with it, he brought grime music and urban life.

The keyword of the performance was culture and all aspects were explored. Music, fashion and allegories of the urban street life including bike wheelies, tracksuits and chains were everywhere in sight along with ballet and gospel singers. The vibrancy and many shades of black culture took centre stage that day along with Stormzy and it is sure to go down in history as a culturally defining moment.

As soon as Stormzy emerged on the stage, delighting the crowd to a fiery performance of “Know Me From”, the pace was set.

“If grime is dead then how am I here?” shouts the artist as he jumps around with energy in his Banksy designed stab proof vest with a blackened Union Jack on the front. Banksy is a British cultural icon himself so for the enigmatic and mysterious artist to take pride in designing an outfit for Stormzy, it is proved that legends have good company.

. I made a customised stab-proof vest and thought – who could possibly wear this? Stormzy at Glastonbury.

The backdrop which displays Selhurst, Croydon, Thornton Heath, West Norwood and Norbury is important too. The areas are behind him; literally and metaphorically, they are his background. Stormzy is likely not a fan of the weekly banter Croydon receives on a frequent basis, as he championed the area he hails from on one of the biggest stages in the world.

Grime is not dead, but aside from the interpretation that the vest is an allegory for the knife crime epidemic which is plaguing black communities and the lack of urgency by politicians to remedy it, perhaps the vest also represents protection from those who are trying to kill grime and our culture. Many will be aware of the current laws of censorship that are tarnishing the success of drill.

Again, unapologetically black and unapologetically Stormzy. Stormzy was aware of his achievement to stand on that stage as a black male at Glastonbury and used the moment to highlight another area of culture where black faces are scarce, ballet.

“Ballet shoes have traditionally not been made to match black skin tones. Until now. Previously ballet dancers pancaked their shoes with makeup. Now there are ballet shoes to match all skin tones. A huge leap forward for inclusion in the ballet world” read the text on the screen.

Ballet is often viewed as a cultural artform closed off for ethnic minorities; stories of doors being slammed in faces, exclusion from auditions and lack of support in the industry have been rife for years.

Stormzy placed Ballet Black centre stage and allowed them the opportunity to perform a cultural artform normally viewed as “not for us”.

In the same way, Stormzy’s performance at Glastonbury is doing the same. Grime has been painted in the past as far from mainstream music and not worthy of the accolades and celebration that other genres receive. Like the changes in ballet which this segment highlighted, Stormzy has continued to do this for grime music since the beginning of his career.

Stormzy is no stranger to offering political opinions and stances. The artist has publicly supported Jeremy Corbyn and used his Brit Awards performance to call out the government and Prime Minister Theresa May for the lack of support and help for survivors of the Grenfell Tower tragedy; many of whom are still without permanent accommodation.

The moment made the national press and prompted a statement from Theresa May.

When “Vossi Bop” dropped and Stormzy said “fuck the government, fuck Boris”, the statement was a relatable one for many who are frustrated with his politics and past racist statements.

With the Tory leadership race fully in swing and Boris Johnson up as a front runner, some are troubled at the prospect of Boris becoming the leader of the country.

Stormzy having a crowd of over 210,000 festivalgoers shouting “Fuck the government, fuck Boris” was an act of rebellion for those harmed by Boris’ statements or politics; a lot of whom are working class ethnic minorities.

Stormzy also played segments of a speech by black MP David Lammy which spoke about the disproportionate numbers of black youths in the criminal justice system.

✊🏿👊🏿 @stormzy using his headline spot at #glastonburyfestival2019 to speak out about the injustice of young black kids being criminalised in a biased and disproportionate justice system. Humbled and inspired that he sampled my speech. Salute #Merky pic.twitter.com/iSG3PMssrd

Hailing from South London, Stormzy has seen the effects of this first hand and by using the powerful platform of Glastonbury, hopefully, those who previously ignored this message will hear it now loud and clear as it echoed through the festival sound system.

Stormzy, a Leo in his zodiac sign is a natural born leader, team-player and loyal individual. It was, therefore, no surprise when the artist took the stage and honoured a list of 65 artists who inspired him, are doing bits and/or came before him.

.@stormzy‘s not forgetting anyone that’s paved the way for him and those making the scene so great right now 🔥

Stormzy also hailed up and paid his respects to Cadet who is missed by the scene and his family and friends dearly.

Stormzy called on Dave and Fredo to perform their number one charting track “Funky Friday”.

Stormzy said, “The reason I invited them here is that “Funky Friday” is the first pure British rap song to go number one in the UK. Do you understand what that means? That means we’ve come a very long way. We’ve still got a long way to go”.

Grime, rap, drill and urban music has come a long way. Once viewed as underground music or music for one specific demographic of people, our music is headlining at Glastonbury, private school kids are gun-leaning as they walk to class, drill tracks are charting in the top 20, EastEnders characters are chanting the lyrics to “Big for Your Boots” in their episodes, American and Canadian artists are clamouring to collaborate with us and the leaders of political parties are celebrating grime artists and using them in their campaigns.

Stormzy performed “Blinded By Your Grace” with Chris Martin; the frontman of Coldplay, one of the most family friendly and mainstream bands on the planet.

Watch @Stormzy LIVE on @BBCiPlayer and 👂🏾 on @BBCSounds

The two were in harmony and their synergy was breath-taking. Stormzy, a frontman of grime, was in synergy with one of the most mainstream artists around. Chris Martin sang a Stormzy song, not the other way around.

This is a massive statement on the marketability and power of our music, something record labels and the music industry already know.

Dave told Stormzy after performing “Funky Friday”, “Thank you, for so much. You’ve made it possible bro. You’ve allowed us, man like us to believe. This is your moment, the greatest” and this statement is hard to disagree with.

Stormzy has allowed our culture to believe; we can headline Glastonbury, be ballet dancers, go to Cambridge and excel anywhere we choose. Most importantly, we don’t have to leave our culture behind to do it. Like Stormzy, we can bring it to the Pyramid and let it take centre stage.