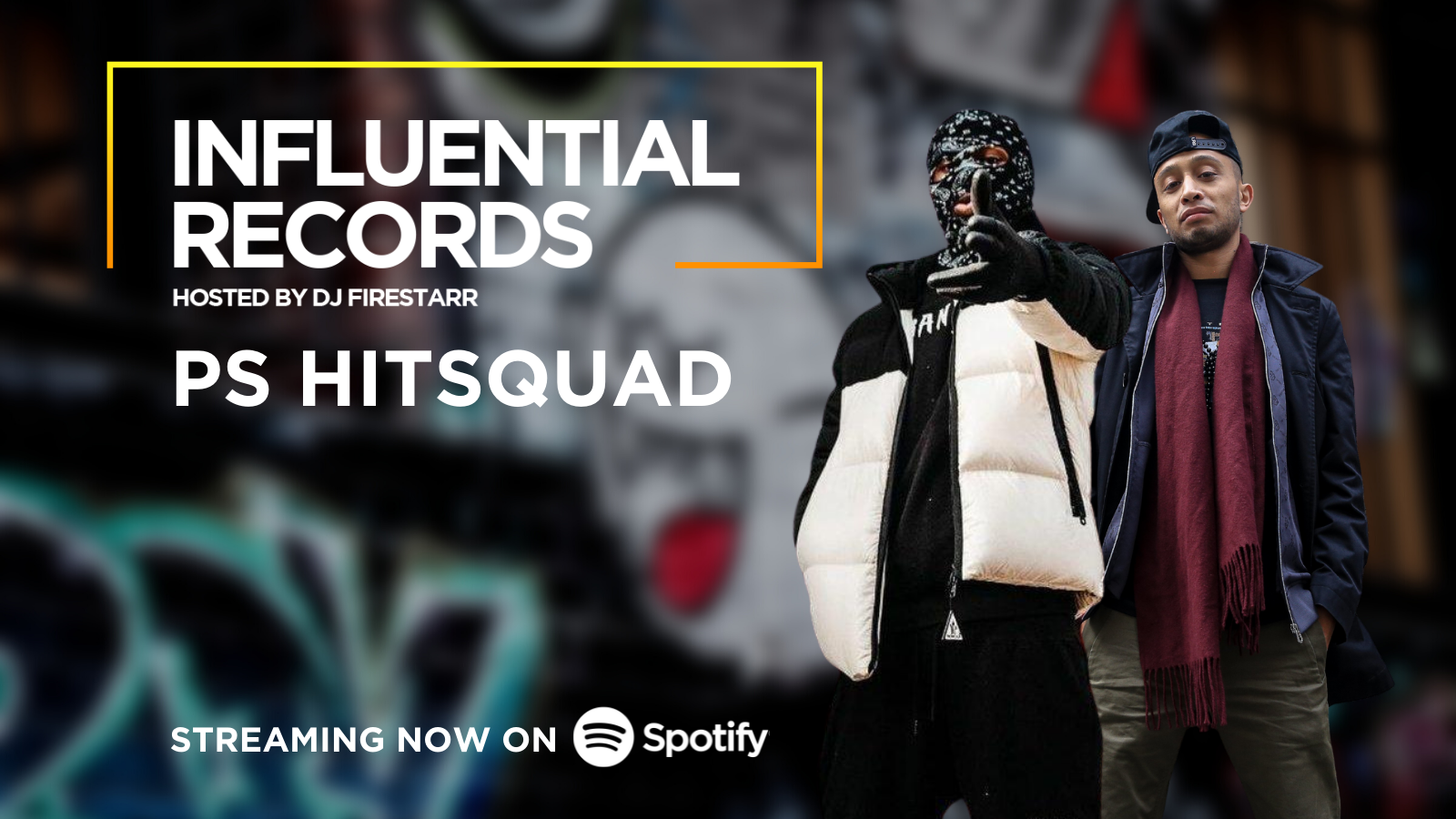 DJ Firestarr has come through with a new episode of his Spotify show, Influential Records.

From Kyze and Tiny Boost to Cashh and Giggs, Firestarr has chopped it up with a number of Peckham artists on the series and on this one he’s joined by another rapper from the south London area – PS Hitsquad.

After providing insight into the making of his recent collab with Giggs, PS goes on to discuss some of the tracks which have influenced him over the years; listing 50 Cent’s “Many Men”, J Hus’ “Spirit” and more. He also surprisingly lists TLC’s classic “No Scrubs” and explains how his mum used to play it quite a bit around the house.

Catch the new episode of Influential Records below!