The icon that is Jammer has provided us with the debut episode of his brand-new series, Top Producer, featuring Julie Adenuga.

As the title of the show suggests, this series shines a light on the art of producing and is a competition shining a light on new music talent.

The first four episodes are heats where a winner will be picked at the end instalment. The fifth and final episode will see the winner of each episode battle it out in a head-to-head to be crowned the ‘Top Producer’

Each instalment will be co-hosted and judged by some of the UK’s biggest names in music including Julie Adenuga, D Double E, CKTRL and Rude Kid. The final episode includes a panel made up of figures such as Blakie, Poet, J2K and DJ Target, as well as an interview with Wretch 32.

“We are creating this platform to push the up-and-coming talents, putting them head-to-head in specialist tasks to see who really has the skill and abilities to be… the TOP PRODUCER” Jammer explains.

Watch the debut episode of Top Producer with Julie Adenuga above! 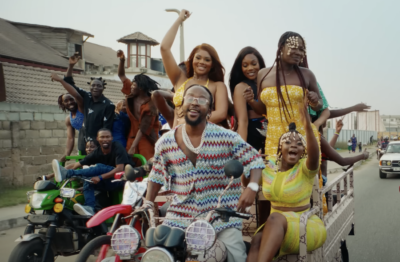