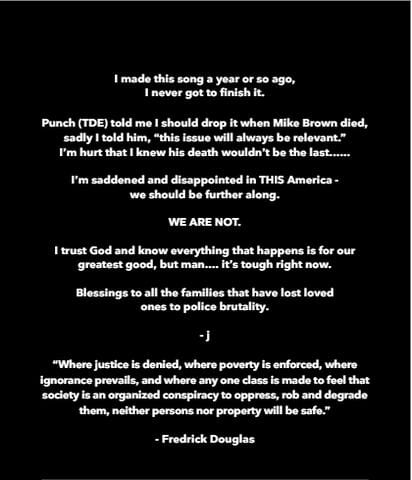 It’s times like these when we need our brightest stars to shine some light on the issues that really matter. With that being said, Jay-Z has his 2 cents on police brutality on his latest track “Spiritual”.

“I am not poison, just a boy from the hood that/Got my hands in the air, in despair, don’t shoot I just wanna do good”, he raps on the track. His pleas are vivid and dexterous, as he goes in over a menacing beat complimented by solemn piano keys and a couple of samples.

Jay-Z isn’t the only one to have his say already after the two recent shooting of Alton Stirling and Philando Castille. Listen to “I Can’t Breath”, a powerful effort from Swiss here.