Jet Is Back With Visuals For New Single “Amiri”

London rapper Jet has released a new video for his latest track, “Amiri”.

The musical tension builds instantly on this single, as the opening seconds give us an impactful choir synth line, followed by deep and resonating bass notes. Jet erupts into his flow, keeping it steady and consistent throughout the whole audio.

The Ryan Adagio-produced visuals showcase a more creative use of space and effects, creating an atmosphere with pyros, paired with an industrial location and some essential flexing in later parts of the video. Drill peer Tion Wayne also makes a cameo, as he vibes in the visuals. 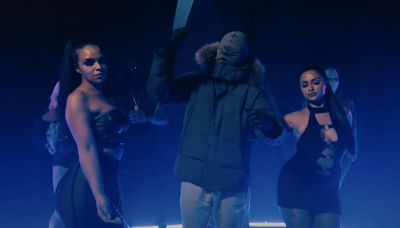