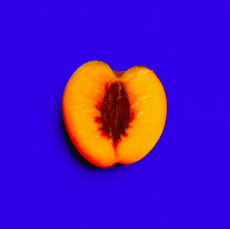 Presenter and musician Jordan Stephens steps in 2022 with debut solo project, Let Me Die Inside You.

Stephens is known for his work as part of alternative hip-hop group Rizzle Kicks who received notable commercial success in the 2010s. In recent years he has made a name for himself in the TV world on ITV’s Don’t Hate The Playaz. However, this debut album cements his return to music.

Let Me Die Inside You presents a new dimension to Stephens’ sound. The artists integrates a range of genres, combining different flows and instrumentals to create a compelling piece of work.

The album begins with previously released single “Son Of A Gun”, a conceptual track with deep lyricism. “Big Bad Mood” featuring Miraa May is perhaps the standout song of the project showcasing an up-beat instrumental with both artists complementing each other’s sound.

The album proves that Stephens’ is a gifted songwriter while also showing his ability to create a conceptual project, rapping about a range of important topics and themes.

Be sure to check out the new album Let Me Die Inside You below!