Premiere: K1 Kicks Off Series 3 Of ‘One Mic’ With Brand-New Freestyle

Over the next few months, the One Mic freestyle series powered by JBL will welcome a handpicked selection of the UK’s most buzzing and exciting names.

First up is K1 who has had an exciting 12 months, making him the perfect artist to kick off series three of One Mic.

Hailing from Derby in the East Midlands, the young independent artist has seen success with his singles “Derby to Moston”, “Why You Gotta Lie” and “Knight In Armour” and is now beginning the One Mic series as it means to go on with a fiery and well-crafted performance that evidences his unique rhymes and versatility.

A short but sweet offering, K1 shells his performance and exemplifies his potential – leaving listeners excited for his next release.

Take in K1’s One Mic freestyle above and for more from the series, take in past episodes here. 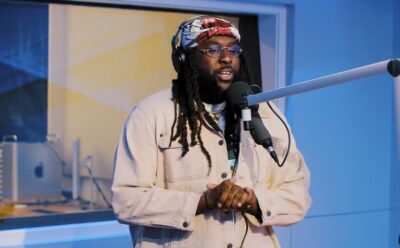 The Talented Rexx Life Raj Offloads His Fire In The Booth!

Rexx Life Raj drops his Fire in the Booth!...