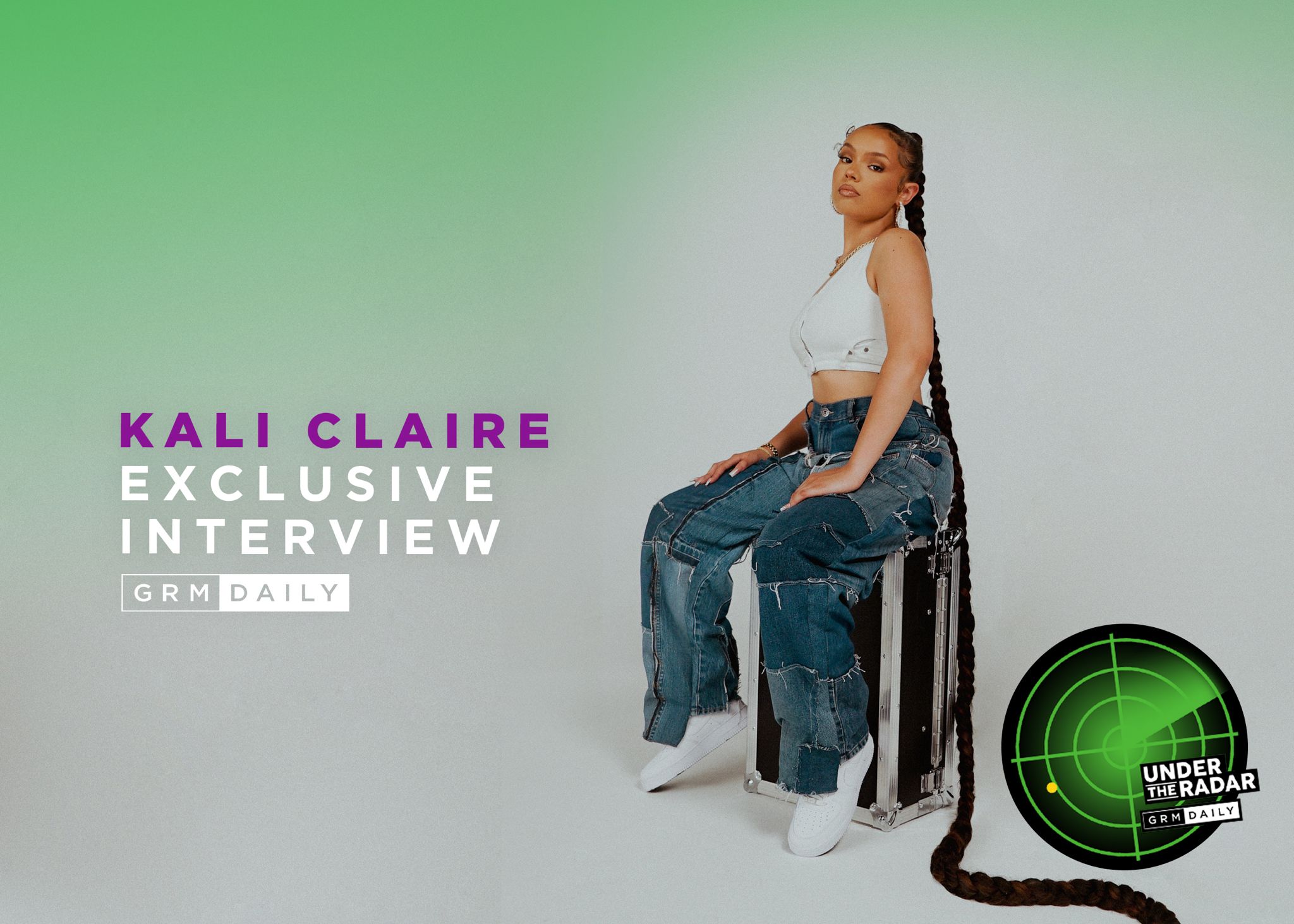 Before the coronavirus pandemic, Kali Claire is a name that began picking up traction in the UK. In 2019 the singer-songwriter emerged on the scene with her debut EP Symptoms Of A Teen – which features her big Not3s-assisted single “So Sweet” – before supporting the pop star that is Mabel on the European leg of her tour in the months leading up to the country’s first lockdown.

For any artist, especially a newcomer, quarantine posed a threat to their creative outlets – but not Kali’s. In the height of the pandemic, the east London-raised artist treated her social media followers to numerous covers, released her second EP Songs By The Pool and dropped several singles and videos – a few of which earned a spot on our Under The Radar playlist.

A big milestone in her career also came during lockdown when she landed a co-writer credit on Alicia Keys’ self-titled album, after a song she had written with producer P2J in a Rihanna writing camp in 2018 was picked up by the legendary U.S. singer.

Since the lifting of coronavirus restrictions, Kali has kept up the work rate and is now gearing up for the release of her third EP, A Man’s World.

We caught up with the rising star to speak on her upcoming project, staying creative in a pandemic, lessons learnt thus far and much more.

First of all, how are you and how have you been enjoying the post-lockdown world?

“I like being outside and I don’t think I realised that until I had to stay inside. I can kind of work from home but it’s different to being in the room with someone so I’m enjoying my life!”

You started blowing up just before the pandemic hit. How did you, as a newcomer, stay motivated, creative and inspired during the lockdowns?

You stayed pretty busy throughout the lockdowns, even landing a co-writing credit with the legend Alicia Keys. How did that happen and what did it mean to you to be involved in that project?

“I feel like everything is a surprise! Everyday there’s something new [laughs]. That was crazy because it was [created] at a Rihanna writing camp so I had no idea Alicia Keys had the song and they wanted to put it out! I still can’t process it. I don’t listen to the song often but when I do I just feel like it’s not real.”

I’m sure she was a big inspiration to you growing up. Who else were you listening to back in the day?

“My mum used to play a lot of Biggie and Tupac! [laughs] But recently I’ve discovered alternative music. My mum never really played it – I’m talking country songs and string quartets and that sort of stuff. Listening to different music definitely keeps me inspired as well. That’s why I can’t DJ in the car, I can’t stick to one genre! Everyone gets confused [laughs].”

Speaking of growing up, you were raised in Hackney. How would you say the area has shaped your music or just you in general?

“It definitely shaped me as a person. I’ve only recently taken in where I come from because I’ve been travelling so much and when you travel you experience so many different cultures and how people live their lives.”

Keeping it back in the day, when did you first get into singing and performing?

“I was like 5 to be honest. I wasn’t trying to seriously pursue a career in music, I was just doing drama school and doing theatre stuff. But studio wise, I properly starting doing that around 14 or 15.”

What was the thing that made you want to turn your passion for music into a career?

“I wouldn’t wanna do anything else. There was never an option B. It’s the thing I enjoy the most and comes most naturally to me. I’ve always wanted to do it but it was just about timing.

“I don’t need approval but just like a nod or pat on the back or something to assure you you’re not crazy and not dreaming of things that are never gonna happen. When I found my management team and things start to happen, it made me know I’m not crazy.”

Your first festival set was recently at Tokyo World back in summer. What was that like for you?

“It was good! It was funny to me because I was so nervous, I was literally screaming at the side of the stage before I went on! It felt surreal. There was one girl dressed in green and she sung every word to every song – even talking about it makes me feel giddy!”

It must’ve been weird after the lockdowns and then you perform and see the reaction to your music.

You recently released “Temporary Feels” with JVCK JAMES. How did that collab come about?

“That song is so old to me, I wrote it in 2019! I just sent it to JVCK and then he sent it back with the harmonies exactly how it is and I was like ‘okay!’. The first time I listened to it I didn’t even get all the way through his verse, I had to pull it back five seconds in! I was so excited.”

Your upcoming project, A Man’s World. What was you trying to do in terms of musical direction on this project?

“The UK is very boxy, I feel like that’s good and bad. All of my favourite artists, they don’t have one genre. They sound like them on everything that they do but I wouldn’t say that they are R&B or they are pop.

“The Weeknd – he can jump on an 80s track and then do something trappy, and then do R&B or a ballad. He can collaborate with so many people because of that. I don’t wanna limit myself and just pretend I’m too cool to do pop because that’s what I love! I need to do things that I love.”

Speaking of R&B though, the UK scene is in a very healthy place. What do you make of where it’s at right now?

“I’m just excited! I feel like everyone loves R&B, whether you listen to it or not there’s an occasion where you’ll listen to it. I don’t think I know anyone who’s said “I hate R&B, I never listen to it”. So there’s always been a space for it, everything’s about timing. The music is gonna speak for itself and people will like it. I’m just excited!”

“I want to write with James Fauntleroy. He writes for Rihanna, he just inspires me! Everything I listen to by him just makes me so happy. I have to replay it and study what he does because he’s amazing. I wanna get in a room with Timberland too.”

You’ve been doing music professionally for two years. What would you say are some of the biggest lessons you’ve learnt so far?

“I feel like the pandemic taught me never to take for granted doing a show ever! I also used to stay in the studio all the time, like day and night because I wanted to get better and to try and make what I was doing in my head onto the screen. But just knowing when it’s home time and not to force it everyday because some days you do need to rest.”

With your EP about to drop and your first headline show in December, you’re ending the year on a high note. What can we expect from Kali Claire in 2022 and beyond.

“My hard drive is full, I literally need to buy a new laptop! I just wanna release music, music, music! I’m excited to maybe go on a tour. I hope that happens because a lot of people have been DM’ing me and I wanna make it happen. I wanna do some crazy visuals next year, I wanna learn to fully mix my own stuff as well. I wanna get to that level. I feel like my bucket list is never-ending.”

‘A Man’s World’ is out Friday 19th November via Platoon.