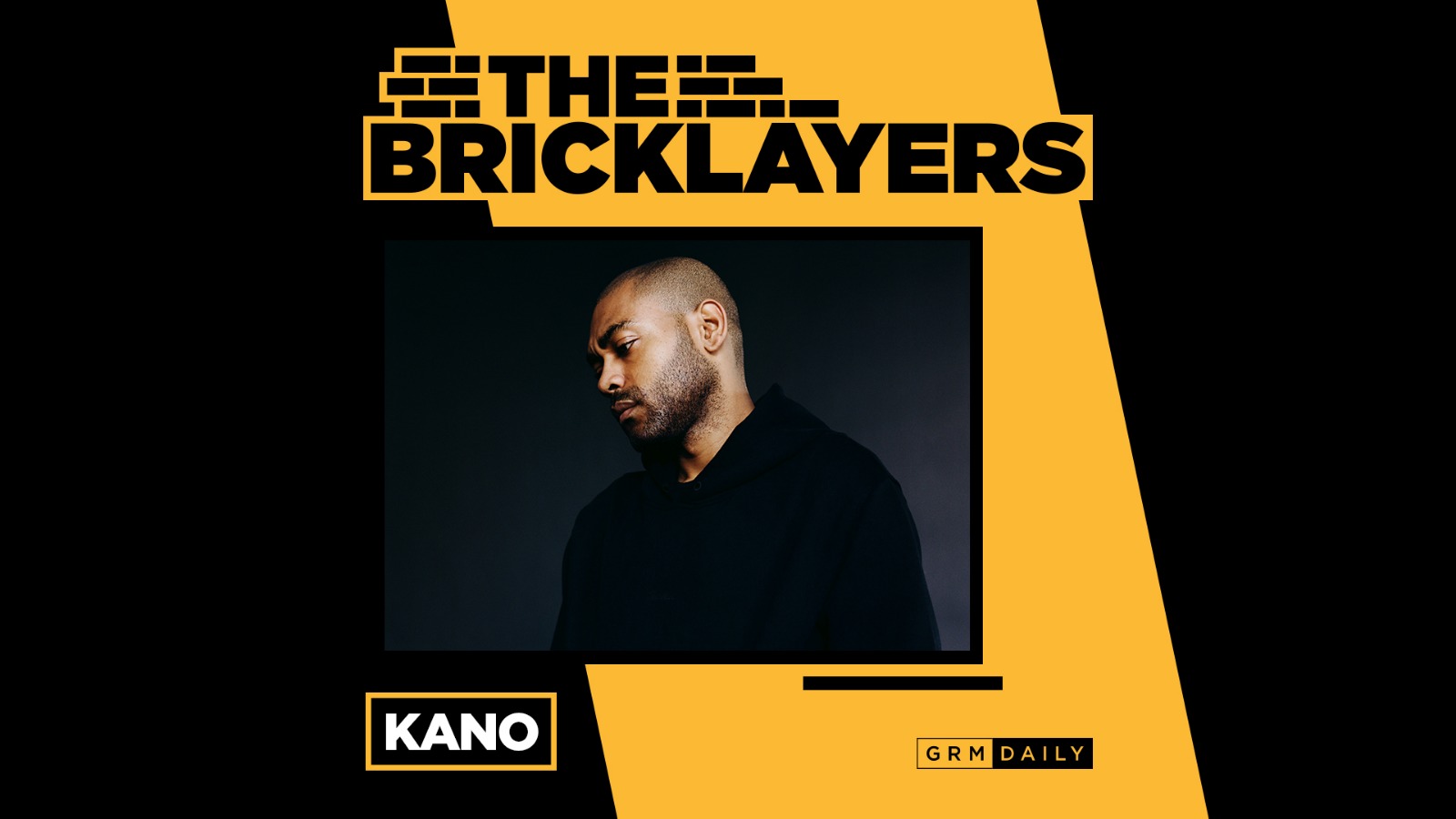 The term ‘great’ is one that gets thrown around far too liberally today. In reality, many of the things that we erroneously describe as “great” are nothing more than mediocre. By its very definition, greatness is something that should only be attributed to a select number of people. Another term that we consistently misuse is ‘artist’, which has over time lost its meaning due to decades of flagrant abuse. There are many prerequisites that need to be met if we wish to honour someone with the title of ‘artist’: artistic integrity, ensuring that creatively the boundaries are always being pushed, and someone who is able to stand the test of time, these are all vital prerequisites.

Despite the need to exercise restraint when applying the aforementioned terms; once every so often we are graced with the presence of a true virtuoso, Kane Robinson is one such individual. He began honing his craft at the tender age of 14, and then went on to record his first track “Boys love Girls” just a year later. The East London wordsmith didn’t know it then, but those early recordings would go on to become part of one of the most influential soundtracks of a generation.

Kano had decided early on exactly what kind of artist that he was going to be, a decision which immediately set him apart from many of his contemporaries both then and now. Rather than simply becoming an “artist” who attempts to capture whatever the zeitgeist may be – Kano has been determined to make music his way, irrespective of the latest trends. This has been his modus operandi across the six studio albums that he has given us. Over the course of these six albums, Kano’s pen has rivalled the camera lens in its ability to capture life in inner city London.

Kano began stockpiling ammunition for his incendiary storytelling as far back as his days as a destructive force on pirate radio – Kano recalls: “I always knew that I wanted to tell stories in my music. Even though I was on pirate radio, where it was more about showcasing technical ability, or getting a reload. Parallel to this, I was making an album and putting aside material – writing songs like “Sometimes”.

Opting to take the route less travelled, meant that Kano had begun laying the foundations for a long career in music; something which he recognised decades before many of his contemporaries did – “I knew I was aiming for longevity. Never about the quick thing, or what’s hot right now, it was about having a career”.

During this illustrious career Kano has penned some of the most important stories that the scene has ever bore witness to. Ranging from the introspective brilliance of Made in the Manor to the essential social commentary on Hoodies All Summer; there isn’t many bases that Kano hasn’t covered. It’s little wonder then that Kano frequently draws comparisons to one of hip hop’s greatest storytellers of all time, Nas. Comparisons aside, Kano’s artistic direction has unsurprisingly been inspired by the Queensbridge lyricist – “The way Nas talks about Queensbridge in his music, even if you’re not from there you can just smell it from the CD, because of the way he describes things so well and just tells those stories, this is something I have always been infatuated with.”

The current climate of instant gratification hasn’t made Kano’s route to listeners’ ears an easy one. We’re now in a market dominated by singles and playlists as opposed to cohesive bodies of work; which is undoubtedly the best medium for Kano’s art. Despite the lure of the old trope of “moving with the times”, Kano has chosen to continue to release his music in the old fashioned way; where he shuts himself away from the world for a couple of years, and returns with classic material. Swimming upstream like this isn’t an easy decision for any artist, even one with legendary status like Kano:

“It can be difficult to not get sucked in by the trends at times, but at this point in my career I have to do things the way I want and what feels real to me, I try and stay true to myself as much as possible. There is definitely pressure to be a commodity and to be a true artist, and sometimes those things don’t go hand in hand. For me, at times in my career, they haven’t gone hand in hand. But I feel like I’m at my strongest moment right now, it feels like I’m making my truest and realest music. You gotta make shit that you can look back on and be proud of.”


Kano has snubbed one old trope in favour of another – “If it aint broke don’t fix it”. However, Side-stepping conformity at every turn does come with its own set of risks, most notably; will anyone still care by the time he’s released his next body of work? With the speed that most things are consumed and discarded these days, taking three year gaps between releases does seem counterintuitive. The difference is, Kano is making art, and art has no sell by date; so he does not need to adhere to the same rules that everyone is playing by:

With each new album I’m like what can we do that’s new? Thats also probably why it takes the time it takes. Cause really I’d be lying if I didn’t think that after the last album get another one out quickly, you know capitalise on the momentum; that would of been the move. I wanted it to happen, but it didn’t work out – I was in the studio and it just didn’t flow like that, for me I need distance to live, to come up with new things to say. Those two/three years are integral to how the music turned out. Thats always a risk, cause you’re like fuck are the people still with me?

The risk has evidently paid off. This is because Kano has put his faith in the music, rather than relying on marketing gimmicks like going viral, or securing a big feature with the kids current favourite artist in order to maintain his relevance. With Hoodies All Summer, Kano has composed ten well thought out tracks each containing fragments of Kano’s musical DNA, seamlessly synthesised with his observations as an elder statesman on the current nature of things to form the genetic makeup of the album. The latter has been the key to Kano’s continued success, and remains the reason why no matter what epoch Kano finds himself in, the music will always resonate.

“Tapping into true emotions, there are some ageless and timeless themes.  Love, frustration, anger resilience, celebration. Those are timeless themes you can speak about them forever, people will always connect with that and see themselves in a story like that. Its when you’re talking about trend worthy or specific things that’s when the music that can’t last.  I think I’ll always have something to say, but maybe one day I won’t wanna do it in the form of rapping, maybe I’ll wanna write a film, or write a book; maybe that might happen.”

Like a true artist, it is something within that powers these stanzas that pour out of the tip of his pen, onto the page, and into the hearts and minds of people the world over. This isn’t something Kano has ever been conscious of though:

“Sometimes as artists, we don’t think anyone is going to see or hear it, and that allows us to reveal all. Sometimes we just think that its just us by ourselves in a quiet room coming up with these deep lyrics. Cause if there was a constant reminder of how many people were gonna hear it then it might change what you were going to say. For me writing lyrics is quite a solitary thing that I enjoy. I don’t worry that no one is going to listen, but you can worry that no one is going to appreciate it given the time that you spend on it. Like I go away for years and make an album and even lyrics aside, just musically its just months and months of tweaking on the same song and someone can just be ‘Ah that’s a good song innit’ – and not really appreciating the intricacies that went into creating it.”

One thing is for sure, people are most definitely hearing the music, despite Kano’s relatively lengthy hiatuses. After reaching number eight in the album charts with Hoodies All Summer, and selling out Royal Albert Hall; it’s clear that the audience are treating both the art, and the artist with the reverence they deserve.

Killy6summers Delivers A "Letter To The Ends"

Killy6summers has released new visuals for “Letter To The Ends”. Take in the video here on GRM Daily....

Keon Jay has given us the video for his offering, “Top Of My Game”. Have a watch of the visuals here on GRM Daily....