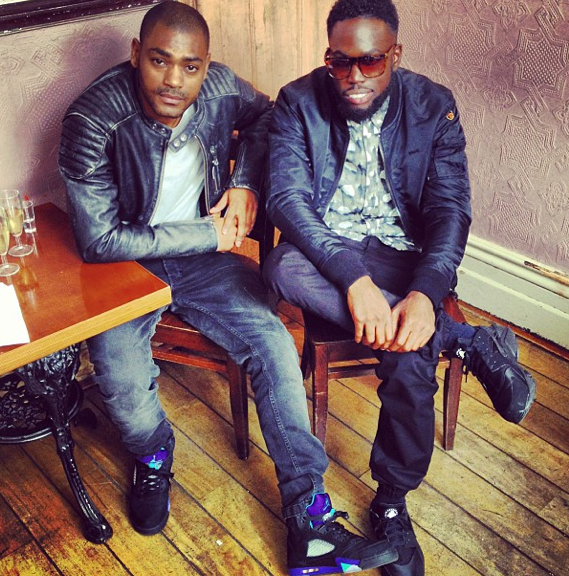 Grime and the music that has grown from it has always been a movement, more than a genre. Back then, the new sounds and scene they created innately stood against the establishment. As that scene has matured, though, so has its artists, who are now landing directs at the issues that matter today, with disarming content that’s bigger than music.

Kano’s latest single “Trouble” – a reflection on the pitfalls of inner-city life – lands in July 2019, with knife crime rife and politicians passive, more focussed on pushing out minorities than the kids losing their lives on UK streets.

Amidst the lack of leadership, musicians are taking a stand. A lot has been said about the newer generation of pace setters, like Stormzy and Dave, tackling issues from racial injustice to Grenfell through their platform. But it’s the scene’s longer standing icons, who found their feet in rooftop clashes and radio sets, that are now making some of its most progressive message music.

“Trouble” is bold in its form. Just as the track enters its second hook, a catchy moment to bop along to, it breaks into a piercing sample of a distressed observer of a knife attack, that listeners can’t avoid, it’s clear that Kano’s not cutting for radio. The accompanying film, directed by Top Boy’s Aniel Karia, is a vivid, half-cinematic, half-phone-camera depiction of a boy on his final day and a community grieving, told over 17 minutes. Taken together, “Trouble” is a work of experimental art that is not for the radio, but for the cause.

It’s fitting that Kane’s long term sparring partner Ghetts turns up in the later stages of the visual. The Newham MCs track “Next of Kin” off his latest album Ghetto Gospel: The New Testament is similar in its purpose and creative ambition. Both tracks address youth violence over dynamic gospel production. “Next of Kin” builds to a verse from beyond the grave, a first-person reflection on a life lost to a gun and a mother that still cares now the world’s moved on, that Ghetts has called his best lyric. The songs push artistic boundaries so that the meaning cuts through.

‘I know the roads, yes, but when the goal’s bread it makes no sense’

“These are my words to us, no tongue-tying

If you stay up riding till the sun’s rising

You’re just tryna get one, or get bun trying

Then we ain’t on the same side

Of this Sterling lining”

The message in the music is clear and unapologetic. Similarly, “Next of Kin” shows the futility of turf wars, through its portrait of a life lost and eventually forgotten.

The lyrics are black and white, but coloured by experience. Both “Trouble” and “Next of Kin” speak the perspective of men who ‘know the roads’ and have learnt from them, amongst friends who’ve ‘took the drugs and guns and put them behind them’. It shows the journey of the pair, whose 2005 track “Typical Me” detailed the buzz of violating nightclub bouncers, that they are now relaying their wisdom. And as a journey that listeners know, it gives the words credibility. So when Kano raps about the success that friends have seen with work and family since ‘mopeds, coke heads and the old Ghetts’, it resonates.

‘My only obligation is give inspiration’

There was a lot of negative press and hostility directed at grime in its early days. As with Raheem Sterling, though, its power has proved undeniable, and made a mark despite those barriers. It’s only right, then, that two of the people who’ve been leading the scene for the longest are breaking boundaries, with content designed to make a positive impact. In towns and cities full of Trouble, it’s needed now more than ever.