GRM Exclusive: Why ‘Hoodies All Summer’ is a modern day Classic 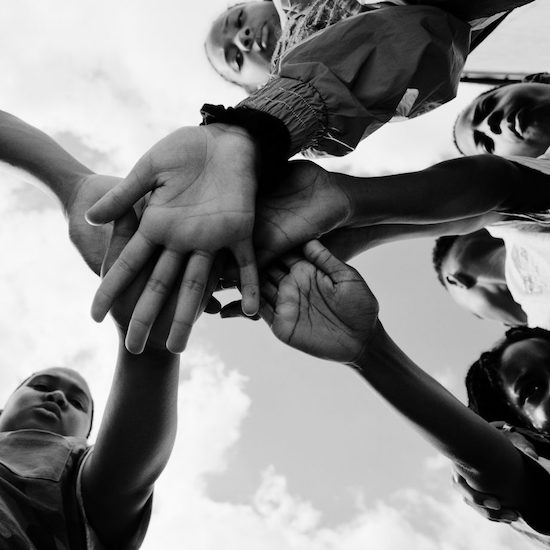 The title of Kano’s latest album, Hoodies All Summer, would to the untrained ear, give an impression of relentless criminal activity, with the hoodie being made a stereotypical racial symbol of gang violence in popular culture. Instead, the legendary UK artist switches this idea, showing the hoodie to be a form of protection from systemic racism and urban decay, as he raps on the central song of the album, “Teardrops”.

When it rains it pours

‘Cause teardrops from the sky

Only seem to fall on you and I’

This thoughtfulness and maturity is shown across the record. Following on from his critically acclaimed 2016 release, Made In The Manor, Kano has shown on both records his ability for lyrical storytelling, as well as demonstrating his versatility across multiple genres of the UK rap scene. The album has a feel of Jay Z’s 4:44 album, in terms of its varied influences on production as well as political subject matter and storytelling.

The first track of the album is titled “Free Years Later”, an allusion to the time between this album and his previous album, as well as showing Kano’s capability to be free to take a step back from the game in order to hone his craft and deliver a project of substance. He contrasts a sombre violin sample with an aggressive delivery of bars, touching on Stormzy’s west end house being raided by police, as well as his position in the grime scene as royalty, while also showing a pathway for the younger generation.

“Trouble” the first single off the album, is in many ways symbolic of the rest of the record, with Kano being able to combine flow and melody in order to convey the dangers of the London postcode wars, as well as offering advice in other ways to make it out. In the middle of the track, the melodic hook is abruptly cut off by the sound of sirens and a woman informing the police of a stabbing. This harsh break from melody into reality represents the suddenness and unpredictability of the roads, as Kano raps, ‘All our mothers worry when we touch the road, ’Cause they know it’s touch and go whether we’re coming home’. There is a sageness and wisdom to Kano’s lyrics, while it is also telling that the artist wrote down the whole lyrics to the album, creating a more poetic atmosphere than on previous bodies of work. This can also be seen with several tracks having interludes of speech, almost adding an element of spoken word to the record.

Throughout the record though the artist manages to convey his points, both politically and to the younger generation without sounding preachy. He even touches on the banning of drill music, saying that a way out should not be blocked off to the younger generation. On “Trouble” he says he ‘shows both sides of the fence’. In many ways this metaphor runs through the album both lyrically and sonically, combining gospel, grime, and dancehall influences throughout the record. “Can’t Hold We Down”, featuring Popcaan, as well as “Pan Fried” with Kojo Funds show Kano’s Caribbean roots, while the former track could easily slot in next to “T-Shirt Weather in the Manor” on his previous record.

The instrumentation on “Good Youtes Walk Amongst Evil” is harking back to the golden age of grime, while “Class of Deja” can be viewed as one of the hardest grime tracks of this decade. The energy and timing of Ghetts and Kano is a recipe for infinite reloads, while the presence of a D Double E hook makes for a track that is up there with any grime song in terms of legendary status.

“Bang Down Your Door” almost acts as an interlude for the album, with the instrumental almost having a house feel the same way that “Nobody Don’t Dance No More” did, leading into an almost garage instrumentation on the hook of “Got My Brandy, Got My Beats”. The instrumentals only tell half the story on these tracks however, as Kano’s incredible ability to switch flows is matched by the switching of beats on many tracks. “Bang Down Your Door” and “Got My Brandy, Got My Beats” are also demonstrative of his storytelling ability, with the latter track a heartstrings tugging tale of a failed relationship.

The final track of the record, “SYM”, is humorous in its use of a gospel choir, but also is a demonstration of Kano at his most political on the record. He calls out the hypocrisies of English culture, clamping down on immigration but at the same time refusing to let go of colonialist ideologies. This is Kano at his most mature, at his most thoughtful and at the peak of his powers. It is fitting that the artist makes reference to Cyrille Regis and John Barnes on the record, as these were black footballers who pioneered a route for others in the face of hostility in their era.

Kano has done the same for the next generation of UK talent, carving a path from the start of grime to the present day, and showing that you don’t have to compromise your message in search of commercial success. Wretch 32 once said of Kano that they knew he was the best before they even knew what the best was, and now it is difficult to dispute that. Hoodies All Summer now sees Kano claim three of the best albums to ever come out of the game, and cements his status as grime royalty.