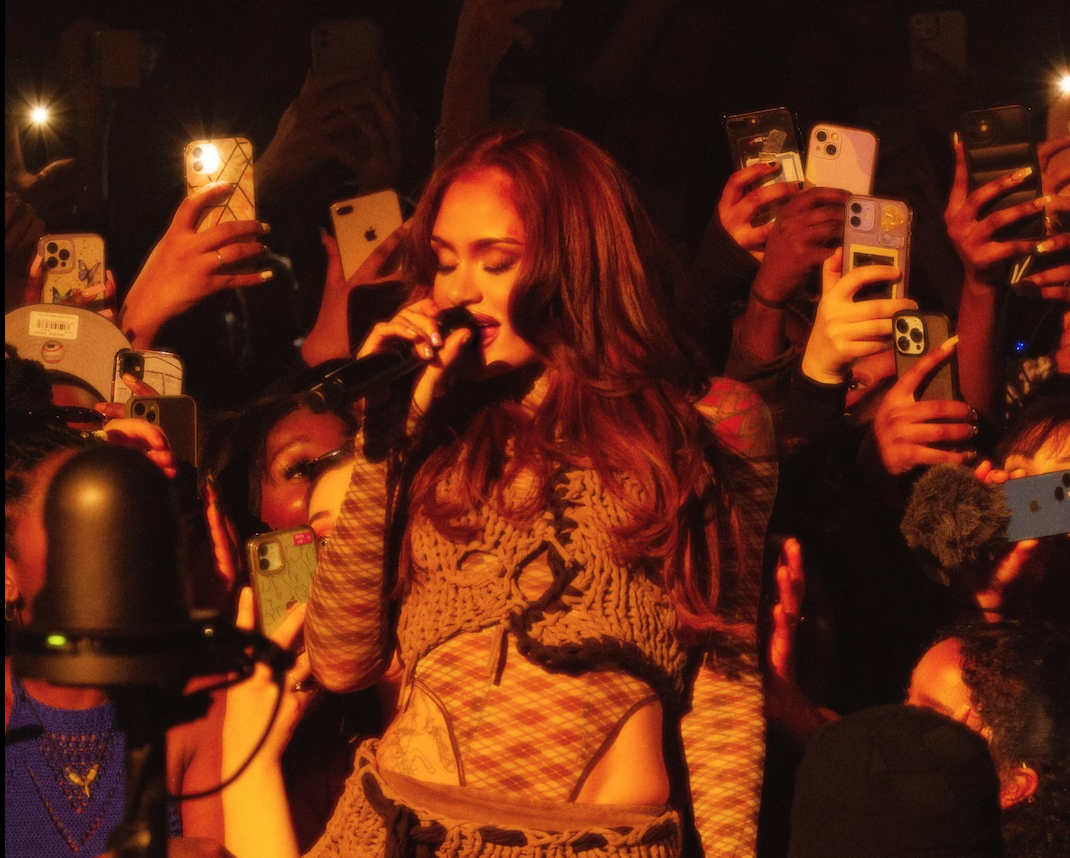 When it was announced that Kehlani was coming to London for part of her world tour. Tickets sold out in an instant. With a beautiful lit up arena and stage setting, it was looking like Kehlani fans were really in for a treat.

There were some unfortunate sound issues during the concert, but Kehlani did not let that stop her from putting on a sensational show. The way she interacted with the crowd in between songs was brilliant. You could sense a real genuine connection there.

Kehlani didn’t waste a single second during her set, and the crowd rocked with her the whole time. There was even a point where somebody passed out in the crowd, and Kehlani managed to point them out to security to get them some help. Once she got the thumbs up to continue everything, she picked it back up with ease as if nothing even happened.

She selected a great mixture of slow and fast songs to switch up the energy throughout the concert. Songs such as “As I Am” and “Honey” were crowd favourites, and the choreography she cooked up with her dancers on “Can I” was scintillating.

One thing that really stuck out in the show was the fact Kehlani had an all-female band which was nice to see. They were all incredible musicians too. The instrumentation throughout the night was quite simply sublime.

For almost every song Kehlani performed, she switched up the colours of the stage lights, which in a way, reflected the mood of the songs she was performing. This was a nice touch and added something extra to the aesthetics of the show.

There were a few songs where Kehlani didn’t even have to sing certain parts as the crowd was doing it loud and proud for her, which she appreciated so much. Kehlani even brought out her good friend and recent MOBO winner Dreya Mac to perform her hit song ‘Own Brand (Baddie)’ too. This was yet another energy shift that caused a shift in the vibe.

Kehlani did not let her fans down, and you could see how much thought and effort went into this performance. It was a very intimate show. One where you want to be with that special someone in your life, so if you were in the building that evening, you definitely felt the ambiance in the air, and Kehlani had you hooked from start to finish.