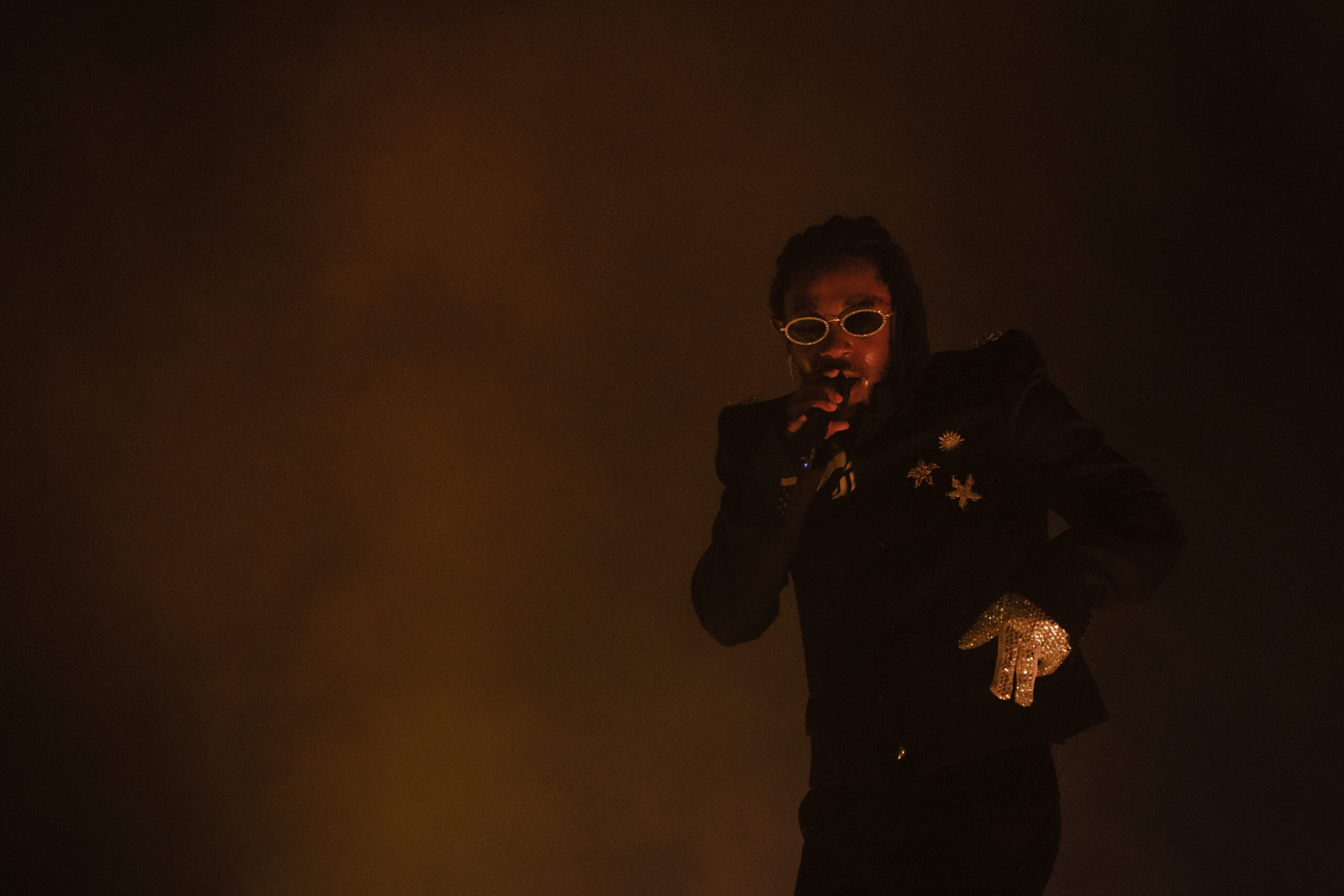 Kendrick Lamar has long been a distinctive character that often sticks out like a sore thumb from his colleagues and contemporaries. From his career beginnings as one of the brightest lights to shine during the blog era of US rap, he stood out from his age mates; he was an artist with the potential to unleash chart-topping hits like a Drake, as well as capturing the deepness and humility of a J Cole.

Whilst these two polarising pillars may have struck a division between his fanbase and saw a conflict of artistic interest, he’s instead carved himself out over the years as one of hip-hop’s biggest – in stature and strangeness – oddball. This was most recently and most starkly illustrated this past weekend, as he embarked on the start of his new global tour, touching down in Amsterdam, The Netherlands in support of his latest record Mr Morale & The Big Steppers.

The Compton born-and-raised rapper may have once been like a fish out of water in a faraway European country, especially at the beck and call of 17,000 expectant fans, but he was anything but. Fans from all over were all united under his banner of strangeness, singing and rapping along to even the deepest album cuts, as he showed off the strides he’s taken as a performer since his 2017 DAMN. tour.

He takes a cooler and calmer approach than riling up the crowds by jumping up and down the stage, instead opting to creep along it, translating his walks into odd dances and composed, self-assured movements, never missing a beat or a breath.

Kendrick’s show really is an immersive experience into his latest record. Yes, he plays the hits – “Money Trees”, “Backseat Freestyle”, “m.A.A.d. city”, “Humble”, “King Kunta” and the like all eliciting electric responses from the crowd – but the real through-line of his performance is the narrative of the album. He delves into nearly every track from the LP (with some exceptions, like the smoky-and-short skit version of “We Cry Together”), opening on the intro “United In Grief”, whilst choosing to close the night on the surprisingly muted choice of “Saviour”, a subversion from many artists’ choice to end on their biggest hit. The production truly brings out the best of the project and gives a markedly clear insight into the messages and themes behind it.

Baby Keem, an ever present voice on the album, shows up midway through for a lively change of pace that finds him arriving from under the protruding, runway-esque stage in dramatic fashion to join his cousin for all of their collaborations, most notably the firecracker that is “family ties”. Kendrick’s own arrival to the stage was alongside a wooden ventriloquists dummy version of himself. At one point, he performs from within a sealed box surrounded by masked extras, a striking, if not a little on-the-nose, comment on the COVID-19 pandemic. English actress Helen Mirren even narrates throughout the show, tying a neat bow over the melodrama of the whole thing and bringing everything together in extraordinary fashion.

Mr Morale might be weird, but he’s also magnificent. Don’t miss the show, which comes to the UK on the 2nd until the 16th November.