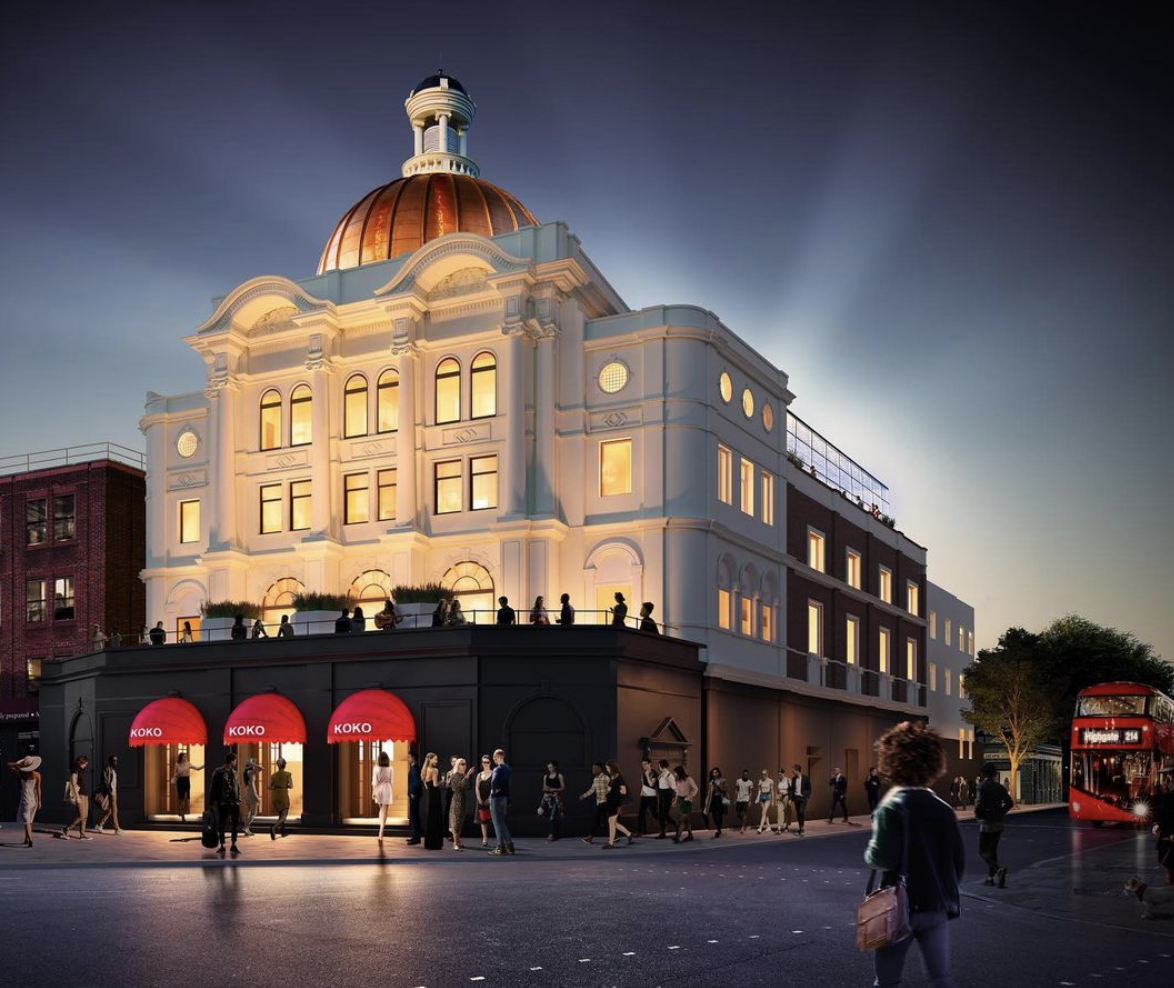 The iconic Camden music venue KOKO is set to re-open in Spring 2022, it has been announced!

In 2019, KOKO closed its doors as it underwent a £40 million refurbishment but in January of last year, plans were pushed back after a fire broke out and damaged the venue’s copper dome.

However, KOKO’s CEO Olly Bengough has said the venue is on track for a spring 2022 re-opening following a refurbishment now totalling £70 million.

“It’s been a challenging two years since the fire and then rolling straight into the pandemic,” Mr Bengough said. “So to be on the last stretch and looking forward to launching next spring is obviously a great moment for my team and everyone at KOKO. We’re now just really excited about bringing KOKO back.”

Since rebranding in 2004, KOKO has become one of the most iconic music venues for contemporary music in London, hosting huge artists such as Stormzy, Kanye West, Ed Sheeran and more. KOKO is also a Grade II listed Victorian theatre.

When it re-opens next year, Mr Bengough said the venue will “pay homage” to the venue’s “artistic legacy” and will also feature live-streaming facilities, shops, a radio station, a late-night pizzeria and a bar.