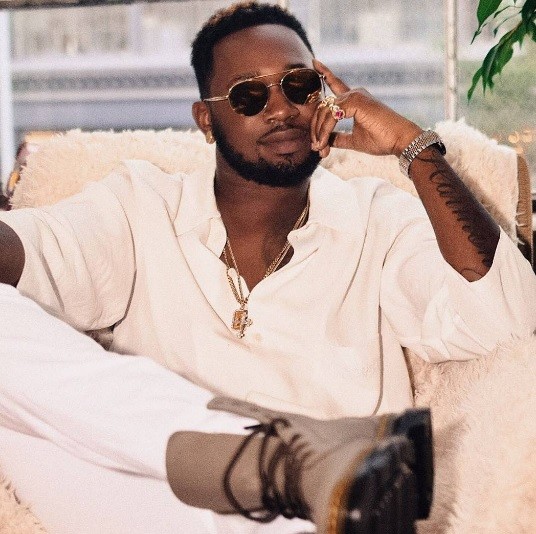 A dancehall icon. One of the biggest stars in the game, paving the way for fellow reggae and dancehall stars. We caught up with Kranium during his stay in the UK.

On a promo run for his new hit album, Midnight Sparks, we of course had to find out why it has been a long, four year wait since his last album, Rumours, was released. However, in that time, a Kranium track has never been too far away from our ears – throughout the years, he has remained the king of dropping singles.

When we reminded him just how long it had been since a Kranium album made it our way, his eyes opened wide with realisation and he responded, “it just never felt like it was missing to be honest with you, I always drop singles and these things need time, and now was the perfect time to drop that project.”

Always on the road, the artist was naturally inspired by his experiences on tour and even his personal life for the album, resulting in some refreshingly real tracks. “That’s what people want, they want a realist and I feel like people go to realists more than anything else. I’m a good story teller on records, so that’s what I do, I tell my stories on those records.” When we asked Kranium for his personal favourite song on the album, he quickly fired back “that’s like asking me which one is my favourite kid,” but he promised he will let us know eventually.

Midnight Sparks took Kranium and his team approximately four years to finally come together, with four different tracklists competing to make the final cut. Singles such as, “Last Night”, “No Odda” and “Can’t Believe” were all tracks that existed on the different tracklists that never made it.

The albums final form however, features the likes of his long time brother Ty Dolla $ign, Alkaline, Burna Boy, Mahalia and PJ. As well as an appearance from AJ Tracey, with a verse that Kranium described to us as “just stupid sick”.

When it comes to features, Kranium will never record a song with an artist just because they are a big name. And collaborations with US artists require careful consideration, unlike his experience on the UK scene. “In the US, these things are always about connections, who knows who type of vibe. But in the UK, it’s so cultured, it’s like family. It could be anyone, because I feel like everybody gets it. It could just be a yute in the car and he would know where to go with the record because he’s more in tune with the world of reggae dancehall vibes. Whereas in the US, I don’t think most of them get the sound of dancehall.”

Back in the US, Kranium tells us he has to be very specific on what record he drops, and at what time, or even what songs he performs during his set – because not everyone gets it. Yet in the UK, “I can just go up on stage and say anything, every race is a part of it. It’s crazy how this place is really, it’s very mixed culture musically. It’s amazing. I wish the world was like that.”

As an artist that has performed at the infamous Notting Hill Carnival, he revealed that he was puzzled at the time, “it’s a very mixed cultured crowd and everybody is singing, everybody is vibing along and everyone understands it,” which is not something that Kranium seems to have experienced anywhere else. There is a true and genuine love for the UK from the artist, but when we joked about him relocating permanently here, he insisted that “I have been coming to the UK for five years and I have seen the sun four times.” As much as we all hope that’s an exaggeration, we all know deep down, that it probably isn’t.

“Nobody Has To Know” went gold back in October 2019, Kranium’s first gold-certified single, after five years in the game. “When us dancehall artists get these things it’s a big accomplishment, not many of us actually sell records, so for that to happen, it’s a wonderful feeling.”

It was a sort of wake up call that dancehall is making its way further and further into the mainstream music scene. “We give up on records too quick, the music has always been great. I feel like everybody has the drive now and are pushing to get that big record out there.”

Kranium admitted to us that it can take his singles up to five months to get any airtime, and an average dancehall song can take approximately seven months. When it came to his first single “Nobody Has To Know”, it didn’t make it onto the radio until 2015, after its 2013 release. Reminiscing, Kranium told us, “I will never forget it, the first time I heard myself on the radio. It was December the 15th and then the 21st.” But the artist never panics: “whatever must be, must be, be patient and be apart of conversations. You have to suck it up and be a man about it, try to find a different way, if a door closes another one opens, you will be alright.”

He isn’t bitter – he reminds us mid interview that it isn’t the DJ’s fault – that they aren’t going to play something that people aren’t yet familiar with. “It’s up to us to get the record hot on the street to get it to the point where they HAVE to play the record.”

A lot of upcoming artists would give up if they found themselves in similar situations, so we asked Kranium if he could offer any advice. He reminded us that, “you are in this game alone, if you’re not beneficial to anyone, they aren’t going to care. You have to think the same way and not be hurt by it. It is a very selfish game, everybody wants to be apart of it but not everybody has the vision to wait. Music has more politics than politics itself, and that’s fucked. Trust the process, there’s no shortcut. Show up on time and don’t burn bridges because people forget nothing.”

Back to the music, and it is no hidden secret that Kranium is known for freestyling on 90% of his songs. Melodies, in particular, he completes at the speed of light, no wonder his nickname is The Melody Gad. The Melody Gad, himself, revealed to us that the nickname caught on after a guy backstage at an event called him exactly that. Singles, “Can’t Believe” and “Last Night”, were completed in one take and he loves it, “I’m not going to change, because if it’s not broken why try and fix it.”

As Kranium listeners are aware, Kranium loves to sing about sex, and he just can’t help it. “I go into the studio like, ‘today I’m going to make a love song’ and I end up with ‘girl you feel so good inside’ (the lyrics to “In Charge”) and I’m like fuck – but I’m not going to start singing uplifting songs, that’s not me.” No matter the lyrics, Kranium’s melodies will always keep us listening.

But there is a high demand nowadays, and people want more and more with the rise of the internet. When artists don’t release any music for a while, listeners begin to get frustrated. “They have this saying,” Kranium taught us, “a shepherd is the one who trained the sheep.” It is a lesson that the artist adopted, so that music is not consistently expected by him, “it’s like ok we can’t turn to him for music like that, but when it comes, it’s good, it’s quality control and people can keep saying that Kranium never drops a bad song.”

We always wonder at GRM Daily if artists read up about themselves online, *cough* – our stories. And Kranium does, he reads everything about himself, as well as admitting to always scrolling through our YouTube channel. “When I read bad things I laugh, I’m like ‘WHAT, shut up’, but people are entitled to their own opinions, you can’t be thin skinned in this.”

Rightfully so, Kranium reminded us that in the press, he is very rarely states as, ‘this dancehall artist’, there is always some sort of a connection back to his Jamacian roots. “It’s no longer just about you, it’s about the whole island or the whole country. Once you’re an artist that comes out of Jamaica, or anywhere, you’re an ambassador for the country, whether they say it to you or not. You always have that attachment and for me it’s a good thing. I love representing the music and my country, I love raising the flag. We come from such a small island, yet we are so influential it’s crazy.”

On the topic of Jamaica, and with food on his mind, he declared his love for how amazing the seafood is back there. “Jamaica is the only place in the world where I would try literally anything from anywhere because the people are very rude when it comes down to food, so they will take extra care.”

As an artist that arrived before the rise of the internet, and one of the first dancehall artists to ever break out of New York, we asked for his take on rising internet stars. “The internet has changed the world,” he says, which everyone can, without doubt, agree with. “There are so many artists making so much money, doing so many tours that we never heard about until last year.

There’s no more rules in music, it’s all about personality and this personality thing is getting out of hand in my opinion, some people over do it.” He let spill that his team curse him, begging him to use Instagram more as people call him a clown, but instead he sits in his room scrolling and crying with laughter at the videos on his feed.

Instead of wasting his time on social media like the rest of us, we asked Kranium what is next for him. He answers simply – “More shows,” – don’t miss him at London’s Lafayette at the end of March. “More music 100%, I might drop a new project, I don’t want to wait five years again and I just want to be remembered.”

You will be hard to forget Sir Kranium. Make sure to stream his album Midnight Sparks below!