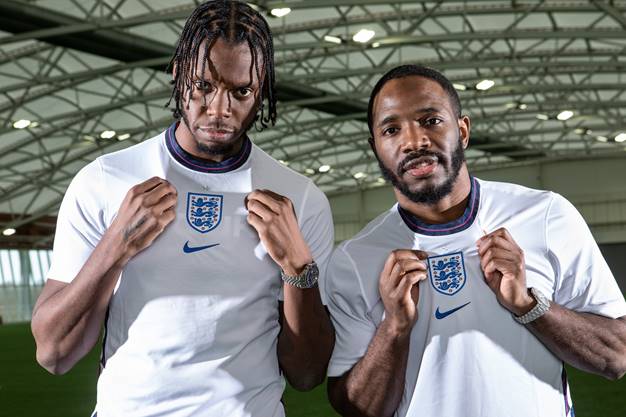 To celebrate the start of the long-awaited UEFA Euro 2020 football tournament, Krept & Konan have teamed up with BBC Three to create a new documentary.

Titled We Are England, the doc sees the two rappers explore Englishness to create a new anthem for the Euros with the help from England players, fellow artists such as Aitch and Big Zuu and head coach Gareth Southgate.

The doc looks at the intertwining of football and music, as well as the diverse and young nature of the current England squad.

Fiona Campbell, Controller BBC Three, says: “This film explores the idea of cultural and national identity through music and sport – all of which is at the heart of what’s important to our audience. Krept and Konan have been fundamental to the success of The Rap Game and we’re really excited for BBC Three viewers to get an exclusive preview into the making of the track as well as exclusive access to football talent at the top of their game.”

The documentary has been released ahead of Euro 2020 which kicks off today. England are set to play their first game in the tournament this Sunday (June 13).

The documentary is available to watch on BBC iPlayer now right here!