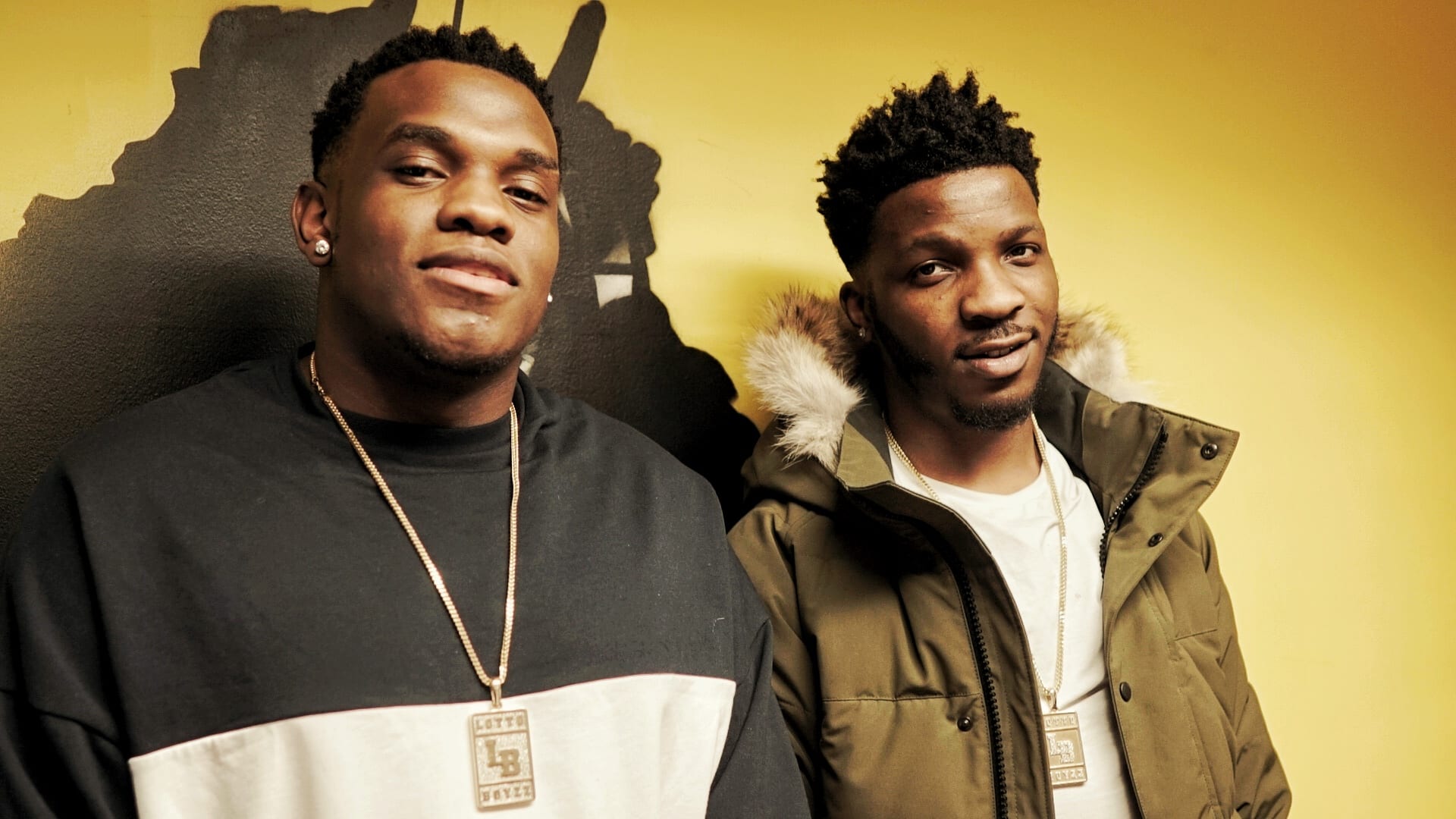 UK music has had a phenomenal couple of years, not just in London, but across the entire country. One city that’s consistently put new talent on for years is Birmingham.

Lotto Boyzz are a duo from Brum who enjoyed a break out year with their hit “No Don” and their hometown anthem “Birmingham”. Merging the sound of rap and afrobeats, the pair have proved a formidable force capable of hit records and infectious chorus’.

We caught up with Lotto Boyzz at GRM HQ, to find out what they’re up to thanks to the people at Converse, as they joined in on the launch of their new crep. Find out who their style icons are, some of their essential wardrobe items, as well as the craziest city they’ve visited on their tour so far.

How would you describe your own personal style?

Ash: “Musically, just different. Probably afrobeats. That wavy vibe. [Outside of music] it’s kind of like new age mixed with classic stuff. We like the cross culture stuff.”

What’s your favourite type of outfit to wear when you’re relaxing at the studio versus when you’re styling at a live show?

L: “Studio is more tracksuit and urban. Loungewear, chilling. You get into the vibe a bit more and feel relaxed. At shows it’s definitely about showing out. Trying to look proper, we pull out the special jawns for the shows!”

How has being from Birmingham influenced your style?

A: “Early stages I’d say definitely yes. Everybody was wearing tracksuits, body warmers and all these things.”

L: “There was a little starter pack back in the day (laughs). Brum was definitely Tn gang.”

A: “Bootcut jeans and the big puffer jackets as well (laughs).”

L: “Moving over into the skinny jeans world… I took my time with it. It was a very big jump man.”

Who were you style icons growing up? What kind of artists do you look to for inspiration?

A: “I remember an old G-Unit video. They had custom made some shoes with G-Unit on the side and they were so sick. When they had them in all white, I thought “Ooh, these are too sick”, but i didn’t have them kind of funds.”

L: “Skepta always used to kill it as well, he always did. Even his “Ace Hood Freestyle”, the way he’s dressed in that is cold.”

Not being from London makes you stand out – How important is it for you to be unique, in what you wear and in the music you make?

A: “I think it’s very important. Everything you do comes back to reflect you as a person. What you stand for and your brand and all these things. I wouldn’t say we consciously try [to be unique], but once you flow and find your unit, stick with it and run with it.”

L: “Regardless of where you’re from, you need to bring your own flavour to the game. It doesn’t stem from where you’re from, it stems from the sound you’re bringing to the table. If you can get that out there and get familiar with everyone then everything else comes.”

You guys have joined us literally straight off the tour bus. What’s the craziest city you’ve visited so far?

A: “London always goes off. I know Brum will definitely show us love. It’s between London and Birmingham.”

L: “Yeah exactly! It’s mad. I feel like London have accepted us and once you get that it’s clear to see [at the shows].”

What are some must-have items essential for any outfit?

L: “The chains and the jewellery. That’s just the icing on the cake.”

A: “To shine we need that (laughs). On the way here I was panicking, I thought I’d lost them. But I put them in the tour van, so it’s alright. I’m gonna treat myself soon anyway.”

Today you’re wearing the new Converse One Star’s – what is it you like about them?

A: “I like how there’s like an extended bit, if you get what I mean, more so than the regular Converse. This colour fits with the jeans and the denim well. I didn’t think they would fit with what I’m wearing but they’re actually sick.

L: “Converse are always in their own lane. They’ve brought their own unique style to these straight away again. These do drop nice, very nice.”

What else are you up to right now? What’s coming next for Lotto Boyzz?

A: “An album-album. Nothing less. Trust me! Might be a couple features in the midst as well, there’s a lot of things in the air.”

L: “Our tours coming as well, we’re starting in April.”