Mahalia shuts down sold out Brixton Academy with epic performance 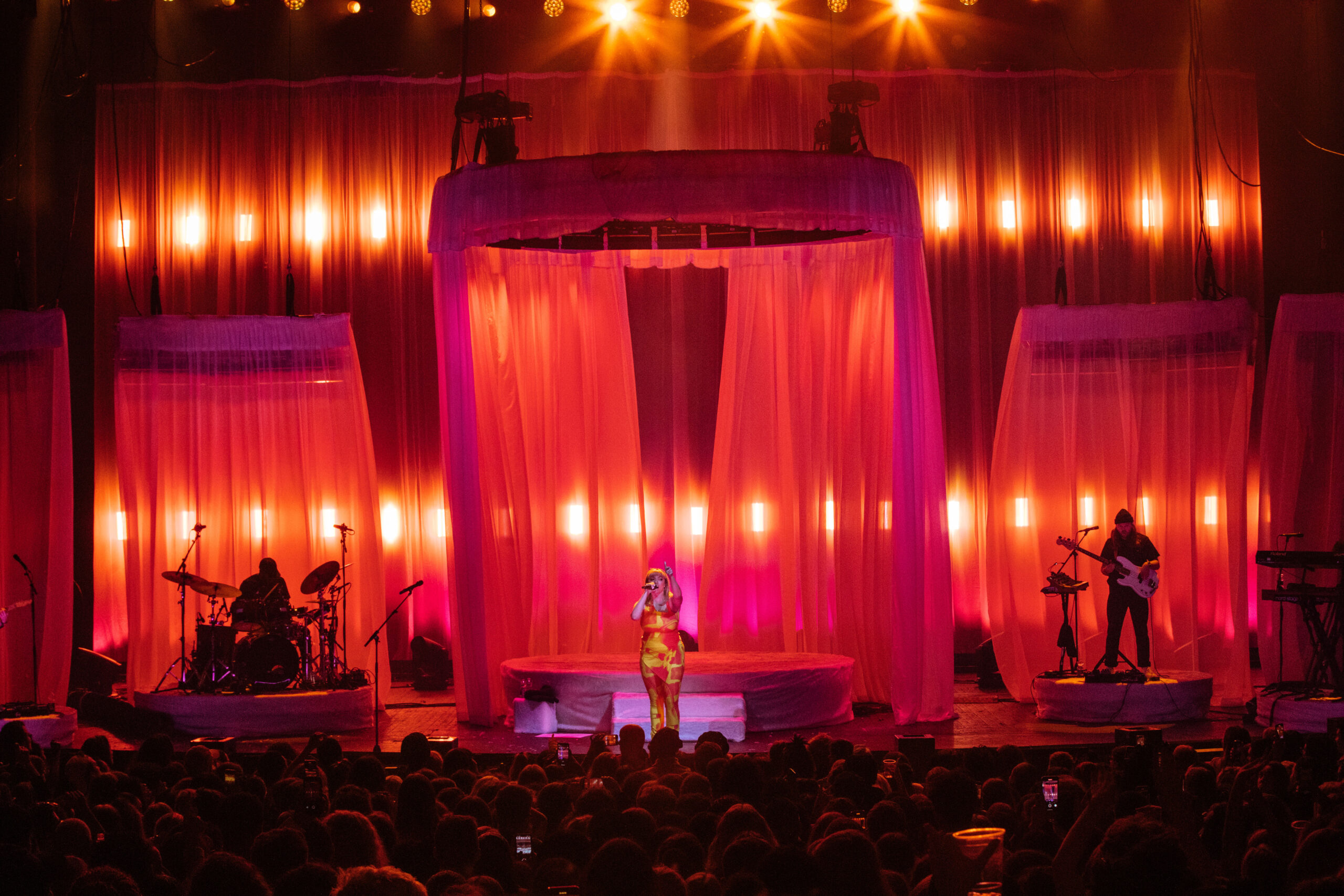 Many feel that singers are often overlooked in the UK. The likes of Estelle, and more recently Ella Mai, received more love abroad before really gaining recognition on our own shores. We must not make the same mistake with Leicester born songstress Mahalia. Mahalia, recently performed a COVID delayed headline show in Brixton; of her sophomore album Love and Compromise.

Outside the 5,000 capacity venue the streets were lined with people determined to show Mahalia the love and respect she deserves. After the now routine COVID checks, fans poured into the amphitheater and jostled for the best position for the view of the stage. She was supported by the fantastic Romford hailing artist Berwyn, who recently had a Mercury nomination for his debut mixtape.

For Mahalia’s set, a four poster bed was set up in the middle which was covered with white drapes that allowed her silhouette to be faintly visible in the background. Feeling that Mahalia was in our midst, the crowd went into a frenzy as Mahalia opened with fan favourite “Sober”. She quickly moved to her latest release “Roadside” featuring West London wordsmith AJ Tracey, despite some technical difficulties early on, the pair managed to bring it back and deliver a great rendition of what is sure to be a future hit.

As Mahalia took us through her incredible discography, she would break between the songs to engage with the audience, reminding us of some of the woes we collectively went through during lockdown, and how grateful we should all be that we’re able to come together and experience live music once again. Mahalia’s warm, friendly and relatable personality really comes through in the songwriting, as well as her stage presence.

Pa Salieu would be the next guest that Mahalia unveiled as he bounced onto the stage to perform their banger “Energy”. The fact that two artists from outside the London stronghold can come together and create one of the biggest songs of the year, really shows where we’re at as a scene. Obviously, the biggest reaction of the night was reserved for the “What You Did”, the Ella Mai smash hit, the only negative was that Mahalia was joined by her fellow RnB crooner.

As the night drew to a close, one of the glaring omissions from the set was “I Wish I Missed My Ex”, her superb track with Kojey Radical, which is traditionally the closer, this evening it was replaced with a heartfelt performance of “17” which she dedicated to her parents who were somewhere in the audience.

At the tender age of just 23, it’s clear that Mahalia has a very bright future ahead of her, and if her performance at Brixton Academy is anything to go by then it’s clear the UK is well and truly behind her.