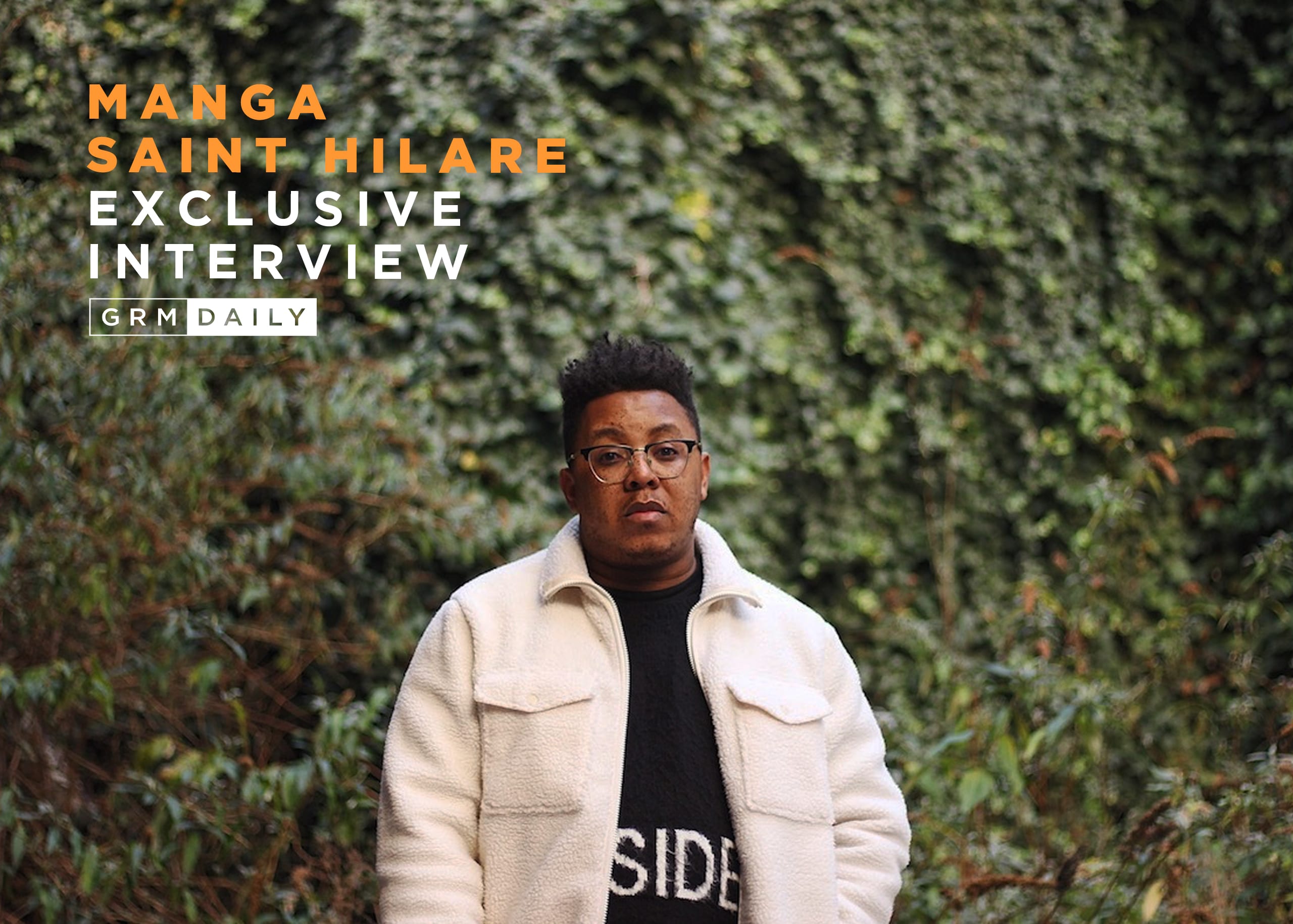 Manga Saint Hilaire has been a stalwart of grime and UK music now for over a decade. He has enjoyed a successful 2020, coming off his 2019 joint album We Need To Look After Us, with Murkage Dave.

Manga released his own album, Make It Out Alive in April, along with a string of self produced projects which earned him a MOBO nomination and critical acclaim. We spoke to him about his success, improving as an artist, and what the future holds for a grime originator.

Firstly, congratulations on your MOBO nomination. How did it feel to receive recognition on such a large scale?

“It felt good man. I didn’t know anything about it, I haven’t got a manager or anything so I just woke up on the timeline and saw it. I was happy to be nominated but when I saw it was public vote I was like alright cool, let me try win this ting and see if I can get this done. But yeah man it was really good, I was nuff happy. Obviously a lot of people on the list have done big tours and won stuff before, got millions of views. I ain’t got none of them things, so it was nice to be like, oh, ok, what you and your bredrins done, standing out in the cold doing videos and recording in your house has had some impact.”

You’ve had a prolific and successful 2020 in terms of music. Has it been a release for you in what has been a challenging year for many?

“You know what? 2020 has been alright for me, I ain’t gonna lie. Only because I do everything from home, and the last release, Make It Out Alive, I had from 2019. So I recorded everything, it was mastered and I was saving it for last year. Then I did another project with Murkage Dave called We Need To Look After Us, that we released at the end of 2019. We did We Need To Look After Us in two weeks and put it out straight away, so I waited until 2020 to put out Make it Out Alive which came out in April.

“So when the pandemic hit, I was just trickling out what we had already done which I was happy with because a lot of peoples schedules were messed up. They couldn’t get to studio, couldn’t do this, couldn’t do that, but I can do everything from my house. I got my mic set up so it was alright for me man. Then I learnt how to make beats because we had time, so I released Ultima Deluxe and Interlude Deluxe, so I’ve just been trying to stay active. But it’s been good for me. I know its not good for everyone but luckily, the way I work, it’s been alright.”

As you just said, your last two projects have seen you move into the world of production. Is this something you’ve always wanted to do?

“No, I ain’t gonna lie. I wouldn’t even call myself a producer. A producer is like Lewi B, Jae5 and dem man dere. It’s in their system and my ting’s not like that. It’s the same with my videos, I just wanted to get to a level where, if I wanted to make a beat with a certain vibe, I can get there. I always looked at it like it was too difficult, but then Freeza showed me this programme called Serato Studio, and I just got on with that.

“After that, obviously everyone’s at home, I got nothing to do, so I thought ‘bruv, let me just try and see wagwarn’. I enjoyed doing it because it was something completely new. I’ve wrote bare songs, and nothings changed in my life, so I haven’t got anything new to say, so I thought this was a new way of getting things out.”

Your projects have been very open and honest, touching on difficult subjects on “Face Myself”, and “I Don’t Know What They Told You But I’m Not a Moot” with Murkage Dave. Is this expression of vulnerability something that comes naturally to you?

“Yeah, it’s all conversations I’d have naturally. I think some people separate that. I’m not a character, so no one expects me to be ‘Super Gunman 4000’ or ‘Sexy Ladies Man’. I haven’t really got a character, so I guess if other artists did it people would go, ‘Oh my god, they’re opening up! Wow!’, whereas I can go from “Face Myself”, to “Slew”, to whatever.

“I know it sounds like a cheesy line but as humans, we’re like that, innit. We’re not one thing. One day we could be pricks, and on other days we could be handing out mince pies for the homeless. In music I get to express that and just be open. Even when I release songs like “Face Myself”, people call me and are like, ‘are you ok?’, and I’m like ‘I’m cool, man.’ That was a time were I felt like that for a sec, and I’m just happy it’s not a constant because some people have them thoughts constantly. Those songs are more for people who wake up every day and feel like that. I’m lucky I only feel like that for an hour or a couple of days or whatever, then I feel happy on other days.”

Do you listen to other peoples music when you make an album? And if so which artists would you say have influenced your work?

“I don’t you know. Nothing in particular to be fair. I listened to Novelist Guy and Murkage Dave’s album. Grime MC by JME encouraged me to finish Make It Out Alive, but I didn’t listen to it because it wasn’t out. We went to the cinema tour, but the friends and family one which was earlier in the year. I remember going to that thinking ‘alright cool, I need to go and finish my ting’. But there was no music I was basing off, or holding vibes to get vibes.

“I listen to podcasts and have conversations because with my ting, I start with a title. I knew it was called Make It Out Alive before I said one word, and then worked my way through what I needed to say. I do listen back to my songs bare times though, to the point where I’m so tired of it, just to see what I’ve missed and what I’ve not covered. In normal life I listen to everyone’s music all the time, but now you’ve asked me, when I’m recording I don’t really.”

You have collaborated with several artists across your projects from elder statesmen such as Discarda to up and comers like SBK. Do your collaborations happen organically? and who would be your dream artist to feature on a Manga track?

“How I do my collabs is, I do the song, I think what artist would sound good on it, and try holla them. That’s what happened with Discarda and SBK. That’s why I have a lot of JME features. We don’t make similar music but songs that I do, he could do. So I think ‘rah, he would sound good here. Let me holla him and see wagwarn’.

“I don’t really have a dream feature. Obviously Drake or someone because it would get 60 billion streams, but no one in particular because I haven’t got a song yet. If I had a song, I would think Skepta would sound sick on this, or Wiley would sound sick on this. I wanted Wiley to get on “Not Around” as well with P Money, but he didn’t, because its Wiley. But I’d like to do a riddim with Skepta, that would be sick but I haven’t got a song for it right now.”

There’s a sense amongst grime veterans such as Ghetts, Skepta, D Double and yourself that you are getting better with age. Do you feel that now, in your mid 30s, you are entering your prime?

“When I sit down to make a project, my communication skills are better now. I don’t think my lyrics are more advanced or anything, I think they’re more basic in fact, but I understand now that’s necessary to get your point across. If you’re a genius and you’re talking to someone who’s not as smart, you’re going to talk over their head, but someone who’s great at communication can talk to everyone on any level. They can be understood, and understand, and that’s the key. That’s where I want to reach, where if I’m talking, you can hear me, my mum can hear me, my niece can hear me. My communication is up, basically. “

If you had to pick one song you released that you’re most proud of, what would it be and why?

“Fear No One” would be the song I’m most proud of. I’ve only performed it once, but that song seems to have touched people differently. It seems to have helped the most people. It was so random, I heard a clip of the beat on Instagram and I said ‘send me that’. Even when I said it I didn’t even know what I was gonna do, I was just hype. I had this idea of kind of singing on it and I’ve never really done that before. It came out perfect in my eyes, but I was a bit wary of releasing it because it’s 140 but obviously it’s a bit different for me. It came out and wow, people really liked the song. I like the song as well. I like listening to it thinking it’s not me. So yeah, “Fear No One” still.

What are your plans for 2021 in terms of music and live shows?

“I haven’t really got like a rigid plan of ‘Yo man’s gonna do this, do that etc’. Everything’s upside down and nothing’s done. I don’t like saying it until it’s done. That’s why I said nothing about Make It Out Alive until I had it all in my hands. So once the EP with Lewi B is mixed, done the cover I’ll talk about it more but yeah, I’ve got the facilities now to get everything done. I used to do all the videos myself, but I’ve got a video guy now that I trust and I don’t have to worry about. Me and Stevie, we do that artwork, we do the merch, it’s done. I can record, Freeza mixes it, it’s done. Anything I can come up with can get done now. I’m not stressing about that. I’ve just gotta create and see wagwarn.”

It is clear to see that Manga is not waiting around to collect his flowers. After releasing one of the best grime albums of 2020, there is still a drive to produce more music that is rife with humility and vulnerability. His wordplay, cadence, and flows put him in the top bracket of UK MC’s, and he is only getting better with age. Manga Saint Hilaire is an artist that many have slept on, but he is sure to make people sit up and take notice in 2021. 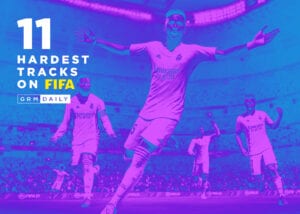 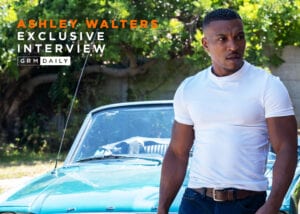