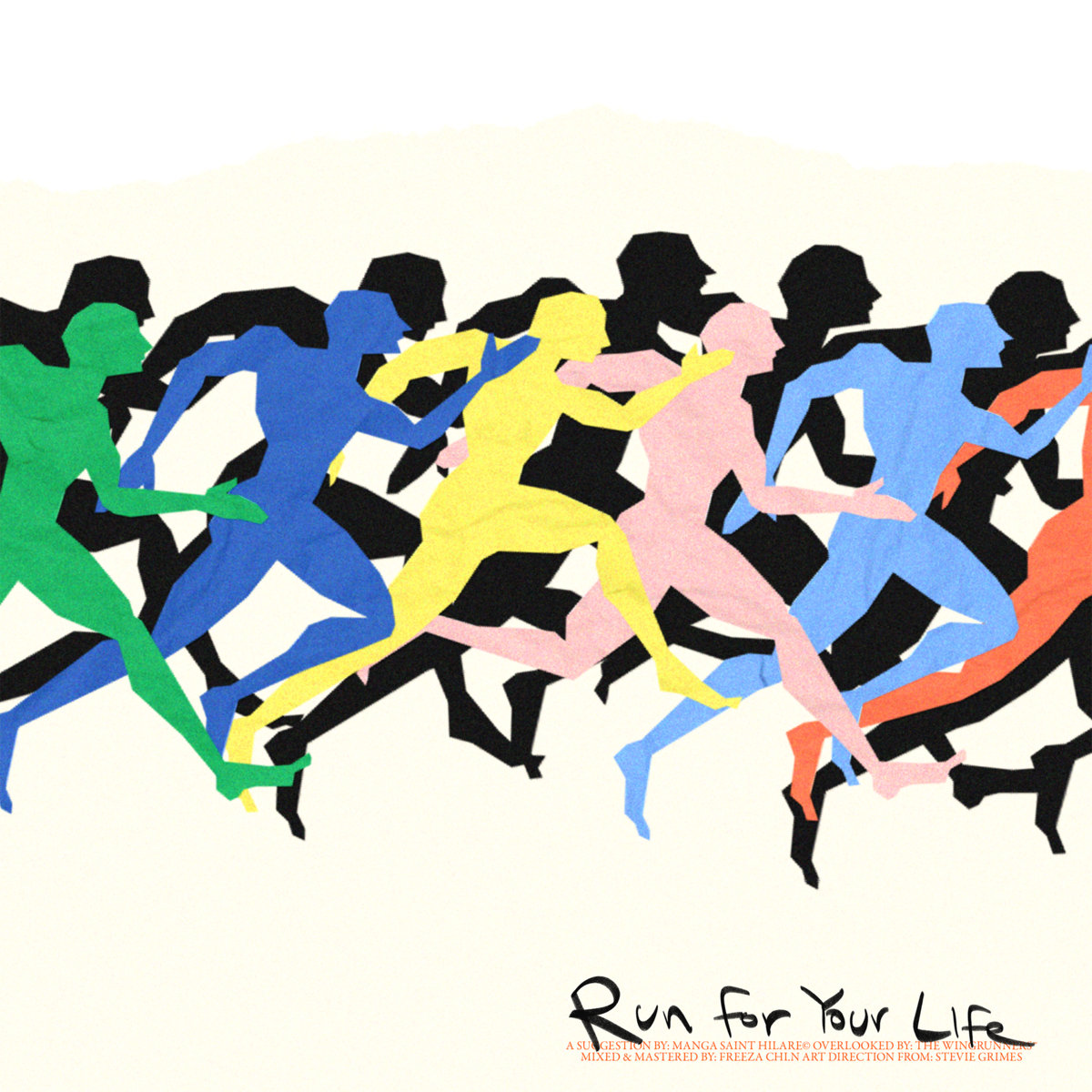 Manga Saint Hilare is back with his long-awaited 17-track epic, Run For Your Life.

Equally, the melodic Tre Mission collaboration “Money Drop” is also worthy of discussion, with its minimalist production and standout guest chorus courtesy of his featured guest. The following cut “AlotAlotAlot” sees the former Roll Deep member come through with a classic grime cypher setup, tapping Mayhem NODB and So Large for the four-minute anthem.

“This album is a reminder to keep moving because forward is the only way to survive. Run towards your goals, move on from things that are holding you back,” said Manga regarding the album’s core themes.

Run For Your Life is concluded with the lyrically masterful “Electric Future”. This song sees Manga glance into the deepest corners of his amygdala, as he reflects on life’s stresses over a chilling, Lupole-crafted beat.

The LP follows Manga’s beloved 2021 Lewi B collab Glow in the Dark and his self-produced Future Deluxe project.

With a prolific flurry of quality releases: Manga stands as one of the UK’s most boundary-pushing, innovative emcees.

Listen to Run For Your Life on GRM Daily below!