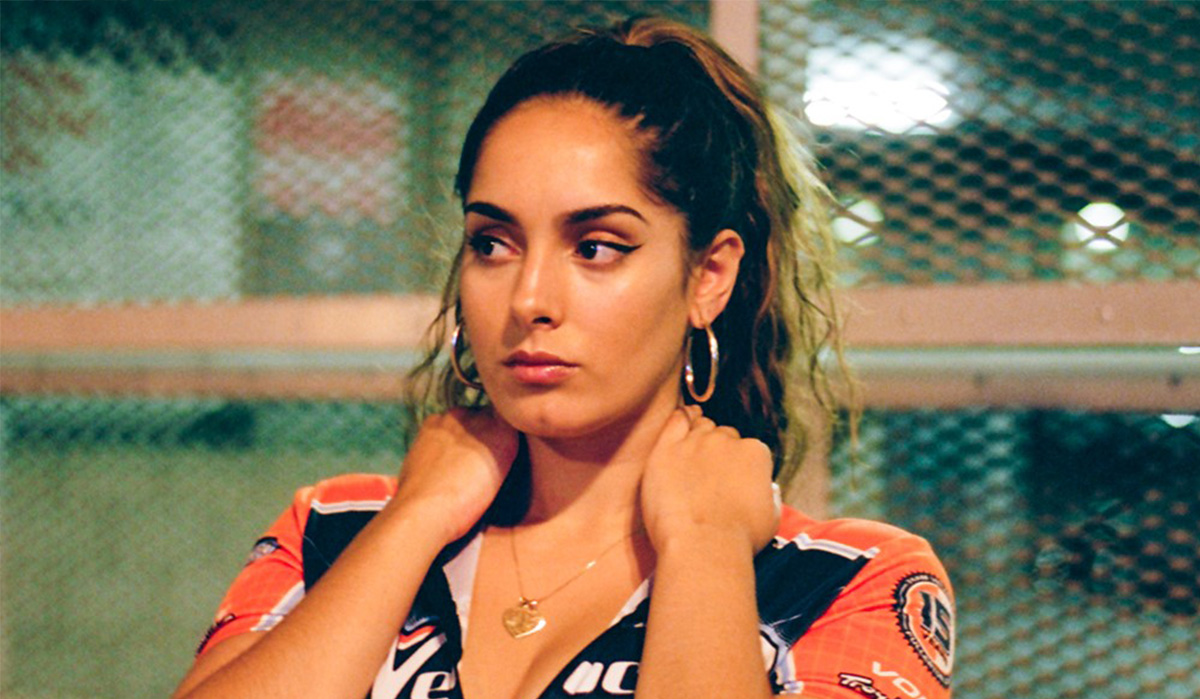 Miraa May appears positive and full of energy in person; exactly like her online persona which expresses a love of bright colours and anime.

Her engaging tone, open body language and receptive nature make her exceptionally easy to interview as she speaks with the warmth and kindness of one of your closest friends.

Born in Algeria, Miraa grew up in Tottenham but honours both as key elements of her identity.

I asked Miraa which elements of her Algerian culture are most prevalent in her music. The artist replied, “My aggression. My aggressiveness (laughs). My manager is nodding his head over there but I’m just aggressive init, North African women are a bit tapped. You can use that word tapped, by the way, I’m pretty sure Urban Dictionary it up. We’re just a bit cuckoo”.

“There’s a bit of sand left in me I’m trying to get out. It’s a bit irritating. I think Algerian women are just… they’re very like, what’s the word, they’re strong women, that’s what it is, maybe a bit too strong sometimes”.

When asked if her Algerian culture conflicts with her London upbringing, Miraa says, “No, it fits like a glove babe, proper. It’s perfect. Algerian, from Tottenham, it’s like, equals fight… but we don’t support violence”.

Miraa’s first-ever headline show sold out in less than an hour and the artist beamed with pride at describing her plans for her fans, “most of the songs on my project will be performed, some special exclusive songs that haven’t been released with some of my artist friends and good vibes really. Expect the unexpected”.

When asked when she’d be bringing her set to more cities across the UK, the young artist told us, “tour soon come”.

With a catalogue of tracks which display strong songwriting ability, vocal talent and uniqueness, it is difficult to choose a standalone stand-out Miraa May track.

The artist echoes similar sentiments when asked if she has a specific track she is looking forward to performing; “I’m really just itching to perform. There isn’t like a specific track. I think because it’s a headline show so everyone has come to see you, you’re not part of like a tour or a support act or anything or you’re not just on a line-up. This is your show init so, you know that everyone in the audience actually came for you so it’s a different connection”.

Taken from her EP Dark which dropped in the summer, “Angles” featuring JME is an upbeat track which accurately criticises the social media-obsessed culture which surrounds us.

The fun visuals directed by Risky Roadz see Miraa and JME vibing to the track in several different setups.

Speaking on “Angles”, Miraa said, “We made the track a couple of years ago and then we kind of revamped it and when we relistened to the revamp, we were like ‘yeah JME would sound sick on this’ and obviously cos I knew him I just thought let me text him to see if he’d be down and he was down. It was very random. He was feeling good that day so he was just like ‘Yeah I’ll do it’ and sent back a verse”.

“We did it (the video) with Risky Roadz cos he’s a legend in his own respect in terms of the influence he had with recording all of the grime artists and just that whole new school era. We wanted to make it fun because we didn’t want the song to come across as too serious but it’s also kind of mocking Instagram. No offence, big up Instagram, we love you but just like, yeah, we kind of don’t”.

Detailing her plans for the remainder of the year, Miraa says, “After the headline show, I want to try and travel a little but purely just to make music. I think I’ve done a lot of shows and video shoots and stuff that usually is in my calendar so now, I just want to get back to the studio and just live there for a bit”.

As we wait for more new music from Miraa May, listen to her EP Dark here.