GRM EXCLUSIVE: How Dance Crazes are changing the game 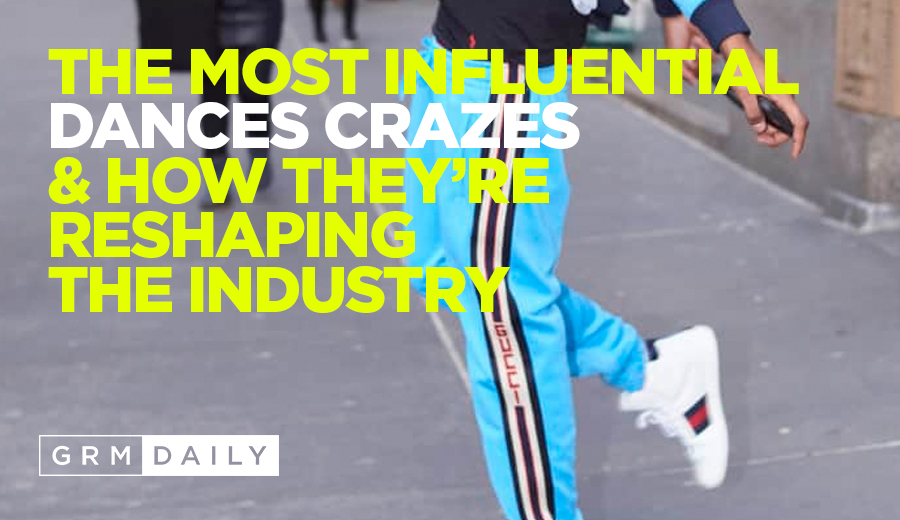 Cast your mind back to your first musical memory… Found it? Now ask yourself whether there was a dance trend ruling the world at that time. If you can’t remember, chances are there was and you were probably going crazy trying to perfect the moves. Dances have been trending for as long as music has, but with the vast technological advancements happening the world over, it is revolutionising the way we are consuming music. Emerging mobile apps, like Triller and TikTok are facilitating these exciting developments but as we delve further, we shall reflect on some of the most memorable urban dance trends to have swept the globe over the past 15 years.

There’s no better place to begin than Summer 07’, when Soulja Boy’s “Crank Dat” took the world by storm and inspired the first real viral dance trend of its kind. Recognizable by its distinctively catchy steel pan riff, it could be argued that the “Crank Dat” was as impactful, if not more so, than the Macarena – It played everywhere and you just had to know it.

Completely spellbound by Soulja Boy’s new wave, millions of viewers worldwide were prompted to recreate their own versions and post them up online, stirring up a real internet frenzy. This was one of the early catalyst moments that accelerated the world’s shift onto social media and established dance trends as a deliberate means of communicating with listeners. In the years that followed up, we saw similar patterns and levels of listener-engagement transpire with Cali Swag District’s “Teach Me How to Dougie”, Bobby Shmurda’s “Shmoney dance”, Migos’ “Dab” and Silento’s “Whip” and “Nae Nae”.

Ultimately, the reason these were such massive successes was because it galvanised and engaged listeners with the world’s universal language of dance, in a simple and effective way. Listeners situated at either end of the age spectrum or people spawning from different ethnic backgrounds; who might have struggled to relate to or even understand all of the lyrics, were able to connect with the dances because they can be comprehended and enjoyed by any and everybody.

In the UK, the ‘Funky House’ era was a short-lived period in our history, yet responsible for producing the first cluster of exclusively British dance crazes. A dance-centric offshoot heavily inspired by old school garage, soca, and soulful house music, it should be no surprise that this is the style that gave birth to some of our favourite skanks.

The distinctive production and daring charisma of the artists whisk me back to a much simpler time in my life. Flashback to 2009… the school disco is the setting, you’ve had 6 cans of coke and are literally bouncing off the walls. You’re at the bar ordering the next round when you hear the speakers echo… “SHOW ME HOW YOU GET DOWN, I WANNA SEE THE MIGRAINE SKANK!”. At this point, everybody looks to rendezvous on the dance floor to perform the moves, and it’s always interesting to see who’s got the biggest headache.

K.I.G’s “Head, Shoulders, Kneez and Toez” was another unforgettable Funky House anthem of the late noughties. Infused with a groovy, funky-house bassline; it was a fun, ingenious recreation of the nursery rhyme and if you couldn’t do this one, you just had no hope.

African culture has never been impacting the world quite as much as it is right now, with dance of course, being one of its main customs. The rest of the globe can collectively thank this culture for providing us with an onslaught of popular dances over the years, from the Al Qaeda, to the Shaku to most recently, the Zanku.

It was Fuse ODG and Tiffany’s “Azonto” though, that paved the way for the scene, with Afro Beats a fairly foreign concept to the western world at the time. Hailing from Ghana in West Africa, The Azonto originated as an impromptu dance and genre that become a global phenomenon. The original YouTube clip racked up a breath-taking 34 million views and marked the beginning of Fuse’s illustrious career in music and philanthropy.

This article simply wouldn’t be complete without a mention of Russ and his Gun Lean. A tribute to his signature move, the Gun Lean had shoulders all over the UK rocking to Russ’ count. After dropping a preview to the track prior to its release, a thirsty craving for its issue was ignited and it became an almost instant success when it did.

The clip landed over 11 million views on YouTube and ultimately led him to his fist top-ten single. Fan clips had the whole Twitter and Instagram communities in hysterics, while some of our favourite sports stars and TV personalities jumped on the bandwagon too.

The “Trapmash” was the Gun Lean’s predecessor, which we first saw brought to life by the Hope Dealers on their song of the same name. This dance would be given a new lease of life when NSG would revitalise it on their smash hit featuring Tion Wayne, “Options”; which remains an inescapable craze almost a year later.

The influence of these various dance trends has continued to be felt, most recently with the likes of Poundz, who has also made concerted efforts to reach the masses by triggering a dance trend. This has opened the door to another interesting dialogue, regarding the infiltration of the mainstream directly through trendy dances.

It’s only now that artists and labels are realising the magnificent potential in these dances – so much so, that they’re making tailored attempts to satisfy our inherent desire for a good jive. The problem with this approach however, is that it can be seen as a gimmick; which is likely to cause even more problems because of course, if the listener can’t geniuenely connect with the artist and the song – it will not succeed.

The dawn of new mobile apps Triller and TikTok are making listening a far more inclusive experience for listeners –  as fans can do more than just listen now and can even recreate some of their favourite moments. Artists have also benefited massively from the timely arrival of these apps because it has provided them with another effective means of marketing their music.

Labels (and independent artists) needn’t splash thousands of pounds on ads and billboards when it is clear listeners are engaging far more on social media.DaBaby, Chance the Rapper and Lil Durk are just a few of the marquee names to have seen the potential in these apps before the rest of the world does. So here’s to another 10 years of great music, and more dance crazes that sadly, many of you will never be able to do.