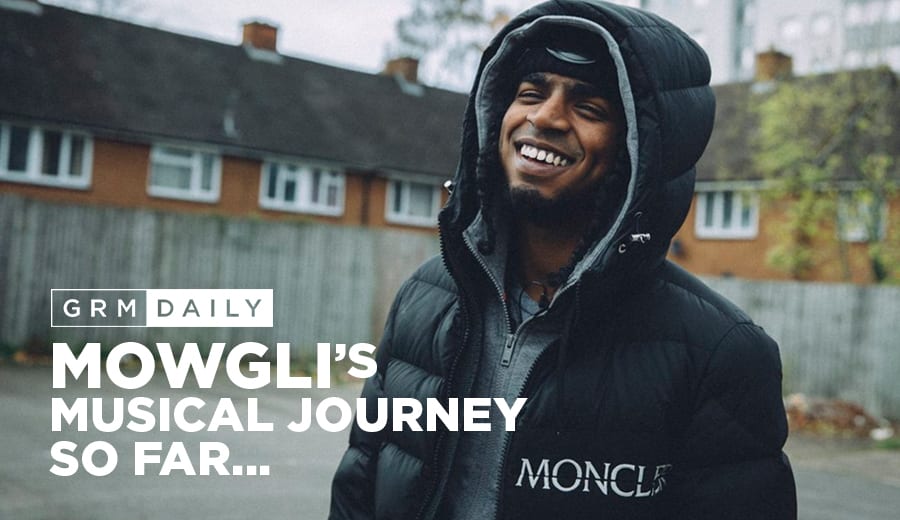 As Mowgs (formerly Mowgli) gears up to release his debut mixtape, GRM Daily takes a look at the Birmingham rapper’s journey to success.

The B23 native first emerged on Midlands platform P110 in early 2017, releasing a series of deep tracks detailing his chaotic lifestyle involving questionable friends, the threat of death and the challenges of trapping.

As his name began to circle in his home city, Mowgs demonstrated his true potential with the solemn, storytelling track “Clockwork”. This visual acted as an introduction to Erdington rap for many out-of-town viewers, with cameo appearances from 23 Drillas and Keemy. The listed artists have gone on to hit unprecedented view counts on London platforms, confirming the abundance of talent within this small Birmingham town.

As the view count for “Clockwork” rose exponentially, Mowgs made his debut on a London platform with an unexpected, upbeat offering entitled “Erdz Boy”. By this point, everyone in Birmingham knew of Mowgs – this track cemented his position as one-to-watch across the nation. The anthem quickly hit 1 million views, with the likes of Fredo, Ice City and other artists paying homage as soon as it dropped.

Months later, the Erdz Boy reverted back to his early style after being shot in his street. This unfortunate tale reminded viewers of the street troubles that still faced Mowgs, making view counts and visuals meaningless.

However, Mowgs did not let this setback limit his success, releasing wavey hits such as the club banger “Merry Go” which we premiered, and the gritty street anthem “Trapperz”.

After over two years of smashing the scene, it was only right that GRM called up Mowgs for his debut Daily Duppy.

The studio offering is an insight into what we can expect from the star’s debut mixtape Roll The Dice, with trap tales and stories of success littered throughout the freestyle. Currently, it appears that Mowgs is set to continue his remarkable ascension to stardom.