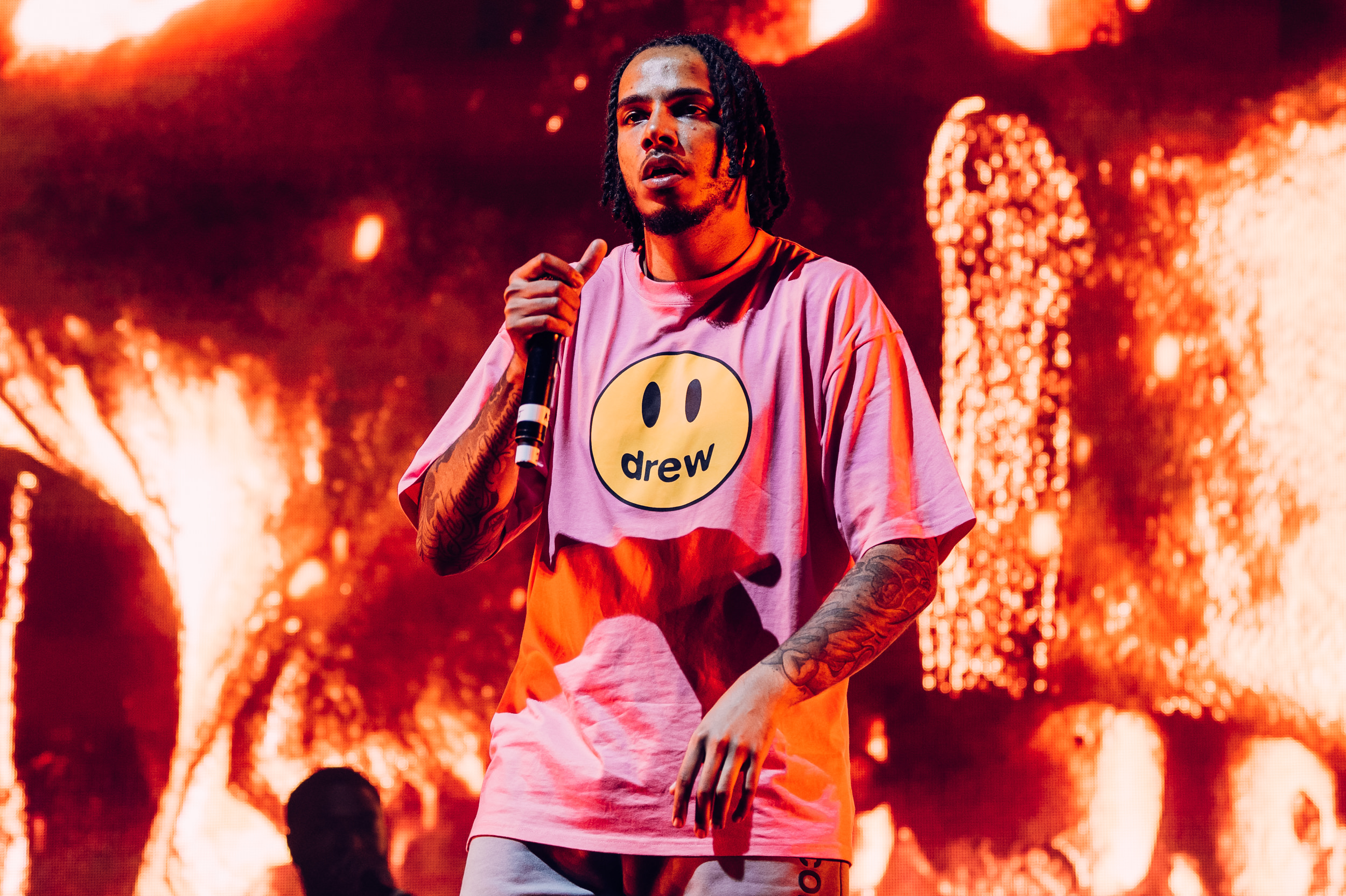 As party-goers of all ages gathered in Shepton Mallet to set up camp for four days of music, skating and BMX, it was evident from the very start the NASS was going to be a special event. The vibrantly decorated fields had discovery or adventure around every corner. From DJ classes to BMX qualifiers and skate jams, no attendee was left short of something to see or do whilst waiting for their favourite act.

Even in the downtime, the communal and energetic spirit in all the various campsites was an event within themselves. With eight stages it was difficult to squeeze in every single act, but with the very helpful NASS app, we were able to plan out the weekend. The app also highlights any clashes to help you plan your experience in greater detail. This is something that comes in very useful when there is so much going on across the eight music stages.

Thursday evening campers were welcomed to the sites, there was an opportunity for the skaters and bikers to get around and do their thing and the main stage area was transformed into a huge silent disco. Party goers could pick their headphones up from another area and head down to the main stage to join fellow revellers for a late-night silent disco, before heading to the first night in camp.

Day two and the sounds of Sika Studio were ringing out from the very start of the day a theme that would run across the rest of the weekend. As they raved the entire way through the weekend with a host of guests and were the first sound to be heard from camp each day. It became a running joke across the campsites and event staff that the Sika Studios crew seemed to be the first up and last to finish every night. The Friday Line up from Sika featured performances from Leaf Dog and BVA, Dat Kid, DJ Riddle with Eksman and JMulla. DJ Looney set it off with Devilman and Rivah Jordan, then the Sika Studios really erupted in the evening with Nicky Blackmarket and Millz’s set which featured Swifta, Skamma and Endo.

On the main stage, there were some incredible performances throughout the day. BRU-C bought the vibes early evening hyping up the crowd with his heavy and upbeat set. Ocean Wisdom followed bringing his impressive flows and lively vibes and was definitely a crowd favourite on the main stage as the crowd started to gather and grow. Then we moved on to festival favourite Mabel, who has been making her rounds on the festival circuit this year giving us moves, vocals and vibes. Mabel gave an enthused and engaging performance with fans belting the lyrics right back at her. Headie One closed off the main stage with a joyous, energetic vibe as rapped out his own hits, and hyped the DJ whilst vibing to some bangers from other artists. The audience gave Headie the same energy back rapping along to tracks and bellowing cheers in his direction. One beautiful moment saw the rapper almost overwhelmed with gratitude for the situation as he spoke “that he is just an ordinary guy from Tottenham…” explaining further “things like this don’t happen where I am from” and expressing his gratitude to the audience, before going back into his performance.

Heading away from the MainStage with hours of music still left to take in it was difficult to decide where to head next as there was still a massive selection of acts to see until 03:00 am when things come to a close at NASS. Most of the MainStage crown rushed to catch My New Leng followed by Shy FX at The Hanger which was overspilling with one of the longest queues we saw over the weekend. Though many decided to call it a night following on from these sets, there were still many party-goers who hadn’t quite had their fill, so it was down to Jägermeister Platz and Southbank to keep the vibes alive for those who didn’t want the night to end which is exactly what we got. Heavy D&B, Jungle and even some techno vibes pumped out till the early hours of the morning.

Day three, a glorious Saturday morning and anyone feeling fresh heads over to fatty’s yard. We haven’t actually been to this stage yet. But when we get there it is a welcoming surprise, people laying in hammocks listening to roots reggae. All the sights and sounds of the night before are a distant memory as Rompers Reggae Shak blasting out real roots sets the tone and vibes for the day. A very relaxing way to spend the morning before things pick up again in NASS’s world of adventure and music. Not long after the early morning set at fatties, the campsite and festival grounds are filled with the bass from Sika Studios who are ready to start the rave all over again.

The main stage was up and rolling but what really kicked it off was the performance from Bad Boy Chiller Crew. The energy that they have in the heat and sunshine is phenomenal as they jump up and down on stage, running around shouting out to fans and telling jokes. It was a truly mesmerisingly chaotic performance. The group have a stack of tinned beers on the stage which they frequently dip in and out of their performance to go and drink. They are clearly having the best time. Seeing the live impact of the lad’s sound it’s safe to say that people vibe to their music, know their lyrics and are truly connected with the acts. This shows in their performance as they interact with the crowd as if they’re interacting with their mates on a night out – bringing a really intimate vibe to a really large setting.

Later on the main stage, there are performances from Jaykae who delivers a mixture of upbeat Drum and Bass inspired tracks that have got heavier drops for the crowd to move along to as well as his more notable tracks. Representing for Birmingham with a really high energy set Jaykae was very well received.

A notable mention must go out to Becky Hill, now if you have listened to a radio in the past 10 years you will have heard at least one of Becky’s songs, but it was quite surprising just how many bangers she had. What some may not know about Becky is her roots and upbringing musically stem from drum and bass – a fact she explained to the audience during her set. Drum and Bass is really the music that she has grown up on and so she feels a special connection to the genre, which is likely why she gives it her all. With that much energy, it’s easy for a vocalist to slip out of the key or generally run out of breath. However, from start to finish, Becky Hill was pitch and note-perfect with an immaculate delivery and the same energy maintained throughout her performance from the first song to last.

Loyle Carner headlined the main stage and came through with an intensely honest, raw and emotional performance as he made his way through his tracks, explaining to the audience about his anxieties about putting out new music, the experience of fatherhood and how it has impacted him. Expressing the most vulnerability, he broke down on the stage from the overwhelm of the love and reception that he received. Whilst letting his fans know that it is okay to cry before going into his next track, the crowd sang back to him beautifully and the energy was very different to every other performer on the day. Whilst Loyle still has hype elements to his music, it was a far cry away from the more D’n’B infused sound that we hear across the festival but equally as well received which was beautiful to witness.

If you love the adrenaline and are into skating then the ring of fire at Brixton Brewery was the place to be. Partygoers and skate fanatics gathered around to watch athletes take risky jumps to a ring of fire – a bit of an adrenaline rush before heading to see JME.

The hanger was the hotspot whenever the MainStage closed and tonight was no different as everyone clambered to see JME PRESENTS GRIME MC FM with a host of special guests including Big Zuu. The hanger was heaving, with not a lot of room – the spacious spots outside seemed optimum for enjoying the performance and being able to dance and move around.

On the final day at Nass, Sicka studio is showing no signs of slowing down but Fatty’s does a great job of welcoming the morning in with a very chilled fashion. The lineup across all the stages was looking pretty incredible hosting the likes of  Queen Millz and P Money across the day.

The main stage had an eclectic mix of acts for the day. Kiko Bun’s early performance was a great one to witness, his vibes were thoroughly felt as people gathered around the stage and an equally large crowd sat in the shade of the trees listening to his laid-back reggae style. Casisdead turned this up a notch and blasted out a few of his well-known bangers. Followed by Ms Banks, who brings style, sauce swag and a whole lot of energy every time. It was evident to AJ that so many people had come to see him, and he did not disappoint. Giving all the energy and interaction the fans came to see and continuing to pay his respects to Grenfall victims AJ Tracey’s performance was special. “Ladbroke Grove”, of course, caused people to erupt in madness. AJ’s set on the main stage was really the perfect way to round off an incredible lineup.

Many parties were set to continue through the night for all the hardcore ravers who didn’t want the weekend to end with the option to camp on Sunday night also.

With so much to see do and hear NASS Festival is definitely up there with the great festival experiences.