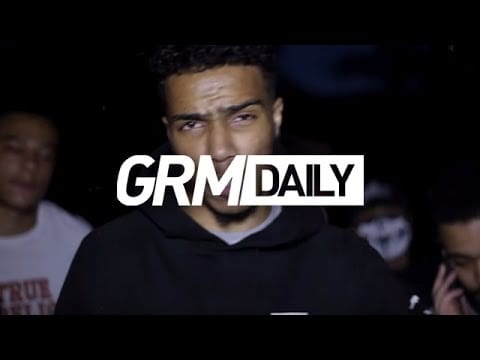 After a small hiatus, New Wave Wednesdays returns to find out a little bit more about a new artist; and this week we catch up with AJ Tracey.

The West London Grime artist is making bigger moves as the weeks go by and is set to have an interesting 2016.

His new project – an EP entitled “Alex Moran” – is set to come out at the end of the week and has had many people talking about it.

With all of this in mind, we thought it would great to catch up with the man himself and get a little insight into AJ Tracey.

What ends do you rep?

I’m from West London, Ladbroke Grove. My dad is from Trinidad & Tobago and my mum is from Cardiff in Wales.

What/who is your biggest inspiration?

Where does the name AJ Tracey originate from?

Basically when I used to shot, I couldn’t give my real name. I used to wear loads of Armani, so I called myself AJ. The Tracey comes from this guy called Stacey in my ends. Everyone used to be/is scared of him so I thought, if a man has a girl’s name and he’s still scaring people, the maybe I should try doing it so I can be THAT guy.

What’s the one thing you want people to take away from your music?

What’s your goal for the next five years?

In the next year, I want to have won some type of award. Also, I want to put out my next body of music after “Alex Moran” and hope that does well. On the whole, I just want to do more shows and festivals. In five years, I want to be an international name.

I’ll be honest, I don’t see anyone in the UK as being too farfetched to collaborate with. I’d like to do a tune with Skepta, but that’s all I can think of. But, in general, I’d have to say Lil Herb, he’s hard.

What did you buy with your first cheque?

With my first cheque from music, I didn’t even spend any of it – I gave it all to my mum.

What was the first CD/MP3 you bought?

Lethal Bizzle – Pow. My mum bought it for me, but I don’t think she knew what lyrics were on it.

Who are your top 5 artists of all-time in the UK?

Ice Kid, Frostar, Giggs, Skepta and Merky Ace. It’s a tough one, though.

Best and worst thing to have happened in your life?

The best thing to have happened to me was probably my first booking. It was at Corsica Studios amd bare people I knew were there. A lot of them doubted whether I could do well in this ting, but that night they saw me shut down the place and get paid by the promoter right in front of their eyes. Another one was doing a Red Bull show with Novelist in Brixton, that was sick. The worst thing to have happened to me was probably this one time when I went to my Youth Club. I used to go there to spit and that, and the olders thought I was hard. When I turned up to spit with them, I choked.

Where can we find the “Alex Moran” EP when it comes out?

It’s out this Friday and you can add your email on ajtracey.co.uk to get the EP sent to your inbox. It’s free, so show some love guys.

Make sure you go and grab a copy of AJ Tracey’s free EP “Alex Moran” which is set to drop this Friday.

Also check out his Souncloud for all his latest tracks and bookings.