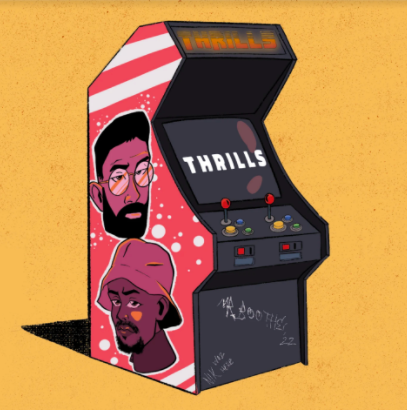 Described by Nikhil Beats as being about the “internal battle between your inner child and adult self”, the collaborative effort is filled with reflective lyricism from Kieron.

“Thrills” is a genre-fusing track in which Nikhil beats implements acoustic sounds with jazz influences and melodic harmonies, which Kieron Boothe flows over with ease to create a chilled vibe.

The track is Nikhil Beats’ first release of the year and comes after a strong year for the producer who dropped his debut album 3000 Realms. Last year was a big year for Kieron too who joined KeepVibesNear on the well-received single “M25”.

Be sure to check out “Thrills” above and to hear Nikhil link up with Danny Sanhez on “Duro”, click here.