GRM Exclusive: Niko B Talks Getting Into Music, Touring With NSG & Future Plans 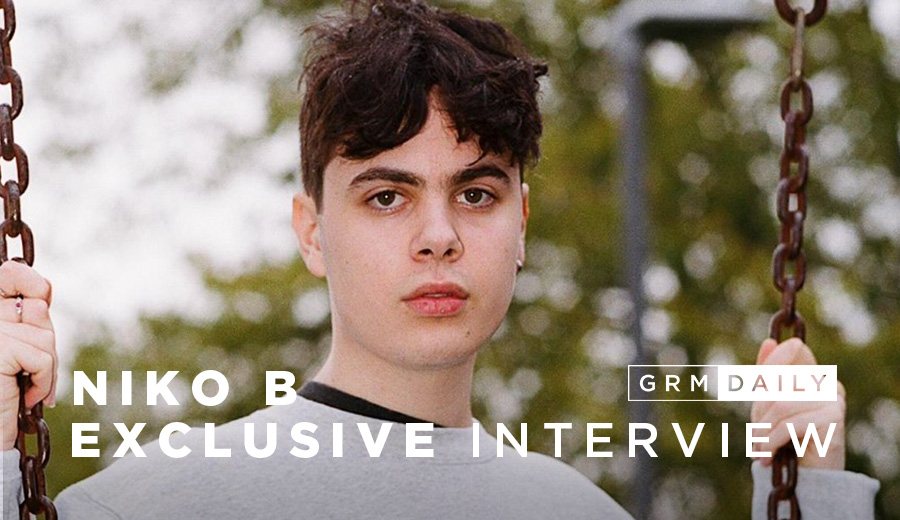 Meet Niko B, the teenager from Milton Keynes who isn’t afraid to be different. Last year he dropped his well-known, witty track “Mary Berry” that took the internet by storm, and he didn’t stop there. Last month he shared the visuals for his catchy new track “Who’s That What’s That” which ended up reaching number 12 in the charts making him the only artist able to hit the Top 40 rapping about gherkins and McDonald’s.

Niko’s quirkiness and humour have drawn in a large number of fans on Instagram as he recently reached over 100k followers. For Niko, 2020 is proving to be an exciting year and we’re only six months in. GRM caught up with the young star to find out where his music career began, what it was like touring with NSG, and what we can expect from him next.

How did you get into music?

“I’ve loved all creative fields and the only one I hadn’t tried was music. All my friends around me would do music and there would be times where they’d do a freestyle and I’d join in. I would just rap the most stupid bars but they’d actually be good.

My friends would tell me ‘Why don’t you rap about serious stuff you could actually sound really good’ but that’s not me. I was a bit of a class clown at school, I wasn’t naughty, I loved talking a lot and I love annoying people as well, I was always making the whole class laugh. At school, I’d write parodies in lessons and stuff like that and then recently I was like f*** it, why not, there’s no reason not to make music.”

What’s the story behind your new track “Who’s that what’s that”?

“My music represents regular teenagers across the UK. In rap music you normally hear lyrics about money, I feel like in the mainstream media right nobody can relate to that so I came along and start talking about Gherkins! My music stands out to teenagers, they can reach out and relate. For “Who’s That What’s That” I just feel like the main point of it was having lyrics people can relate to, so people can dance and bop to it.”

I need to address your hatred for gherkins, as you mention that in your new track, didn’t you get sent loads in the post?

“I don’t have a problem with anyone hating gherkins, but for me, it’s just like a ritual as soon as you get a McDonald’s burger you take the gherkin out! I got a package the other day of a huge jar of pickles, and there was like a six-pack of pickled relish and some pickle plasters, it was worse than any horror film I’ve ever watched. I need to find out who sent it, that’s a hate crime!”

You mentioned Big Macs in “Who’s That What’s That” if I was going to buy you a meal what would it be?

“Not a Big Mac because I don’t feel like waiting two hours in the drive thru right now! Maybe a frozen pizza, they are just un-beaten. Everyday in year ten I’d come home and have a pizza. It was terrible when I think back to it! I also do love a fish finger sandwich.”

How would you describe your musical style?

“I don’t really try to sound like anyone else, if it’s pop, jazz, or rap I try and put a twist on the sounds I hear if I can. My music is a bit of everything. I think the main thing is just trying to have fun whilst listening to my music, that’s the main thing that I try to get across, un-seriousness, I think that’s the most important thing.”

What artists and albums inspired you growing up?

“A lot of Green Day when I was younger because of my dad, and then as I grew up I think I started discovering my own sort of music. I think a lot of Tyler The Creator definitely, a lot of Amy Winehouse, a lot of slowthai at the moment, he’s really good. Just a lot of people who are having fun basically, a bit of everything.”

You toured with NSG, how was that?

“That was amazing, I don’t even know how that happened. I went from never performing at all to performing like seven days in a row across the country. It was overwhelming but so fun, it was absolutely crazy. I think I threw up before every single show, I was so scared.”

“On my very first performance, my music cut out which is one of the worst things that can ever happen. I sort of looked around for a bit, didn’t know what was going on and then I started singing to random NSG songs, and then everyone else started singing it. There was a person in the front row who had a birthday badge on and I got everyone to sing Happy Birthday. I think I played it off alright! The London show was the last show and I remember walking into the venue for the first time and it was just insane, it was huge.”

How did that tour come about?

“When I made “Mary Berry” the group all showed love to it because I talk about NSG in it. Their manager then got in touch and told me that I was confirmed for their tour. It was insane, I didn’t have a clue what I was doing but I kind of winged the whole thing and it worked. I want to go back to it, it was such a fun week, Brighton was my favourite show.”

If you could go on tour with anyone who would it be?

“Stevie Wonder, he’s my biggest inspiration and I would love to tour with him. Imagine a collaboration with him, that would be amazing.”

If you weren’t a musician, what do you think you’d be doing right now career-wise?

“Before I did music, I did photography and a lot of cinematography, I have my own clothing so it would definitely be something on the creative route. I also worked at Subway for like two months and I didn’t make one sandwich the whole time I was there. Every time a customer came in I’d go to the back and say ‘someone needs to make them a sandwich’ or I’d only put the salad in the sandwich and that was it.”

How did you cope with touching gherkins!?

“Mate, some people ordered a mayonnaise, gherkin and tuna sandwich! As soon as someone ordered that I was like I’m out.”

You’re well known for your fashion, where do you get your inspiration?

What do you say to the people that believe you’re a one-hit-wonder?

“I’m 100 percent not. I just feel like it took me seven months to release my second song so maybe that’s why people say that I’m a one-hit-wonder. I’ve got so much more to show and different styles to portray in music and stuff like that.”

During the lockdown, have you been able to keep creative?

“100 percent, I’ve just been stuck in my bedroom so I feel like my bedroom is the place where I get the most done. My dad gave me a haircut the other day as well which is kind of mad. He didn’t do bad, I didn’t ask him to blend it because I didn’t think he’d be able to so it’s sort of just like a step on the back of my head. I’ve got a bit of a bowl cut situation going on. If I walked into my barbers right now and he saw my hair, I don’t think my barber would serve me, he’d be like ‘don’t disrespect my shop like that.’

I should be exercising and stuff, my girlfriend does a lot and I need to do that. At the moment I’m trying to record a lot, write a lot, and I’m trying to come up with new clothing designs and merchandise. I’m trying to keep myself busy.”

What’s next for you?

“I’ve got two more singles coming next and hopefully an EP one day, and then obviously that tour with Stevie Wonder is next. I’ve put it out in the universe now, I hope it pays off.”