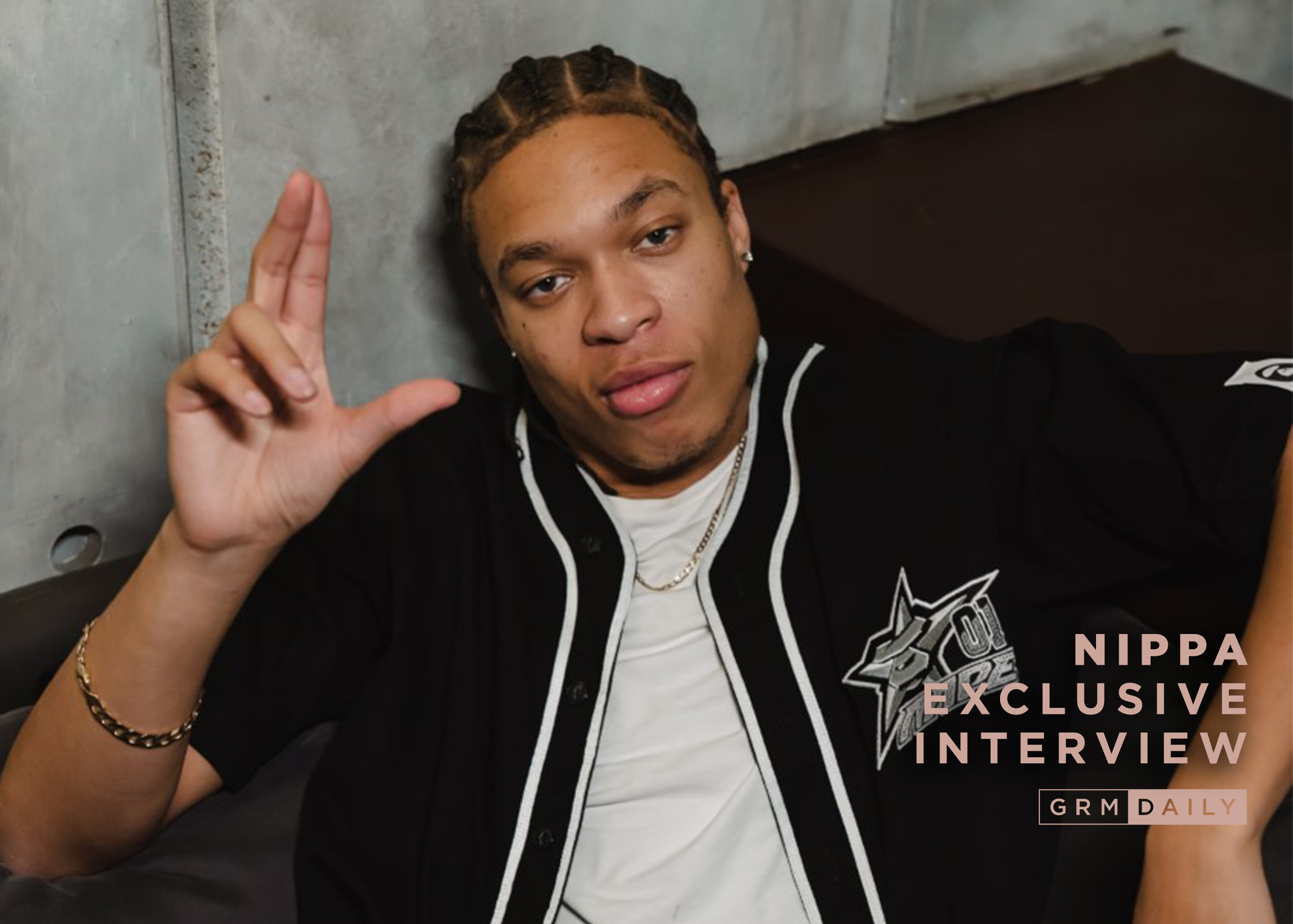 Consistency and confidence need to be a necessity when climbing your way to the top of the music scene, something rising star Nippa has been able to accomplish. Coming out the depths of N17 and establishing a status is no easy feat to accomplish but barriers have been broken, and he’s been able to take himself to unprecedented heights of stardom. 2022 was a breakthrough year for the young artist hailing out of Tottenham and his journey has just begun.

December has seen the release of his highly anticipated four-track EP ‘Not a Statistic’. Nippa asserts this message on the standout introduction of his project, but if we dive into his statistics for this year, they are undeniably impressive.

Multiple achievements have been reached with two unforgettable highlights stemming from being on tour with the greats. Connecting the dots with the ever-experienced, UK legend Craig David set the tone, whilst being on the European leg of Grammy nominated Jack Harlow’s tour was surely the icing on the sweetest of cakes. Co-signs have come from all over the continent, with L.A’s next up Blxst and Drake’s go-to producer Boi-1da giving Nippa that extra incentive of making his name and stapling it for years to come.

So as Nippa celebrates the successes of his breakthrough year, we speak to the up-and-coming artist about growing up in North London, touring with Jack Harlow, musical inspirations, advice and much more!

You’ve just released your four-track EP “Not a Statistic”, what was the process behind the EP?

“The EP was meant to be way longer than what it is. We was anticipating a bigger project but my manager came up with the idea of just hitting them with four track EP’s every two months to build demand for the album. It represents the place that I’m at right now in my life. The intro I’m speaking from the heart, “Where They At” – You know I’m outside! The other two are love songs.”

What do you want listeners to feel when they take in the project?

“I want them to feel me, straight! Whether you feel me being sad or happy, I just want you to feel me and understand what I’m saying and what I represent.”

What made you choose the title “Not a Statistic”?

“Because I’m not a statistic in anything. As young black boys you can easily be put into the stereotype of being on the roads and being a statistic. I’m trying to show no matter what I’m not being represented by a number. Being a black boy, living in ends not becoming a statistic with that, not doing the normal Drill or Rap which people expect. I have a degree so I’m just defying the odds!”

What was your favourite track to record off the EP?

“Not A Statistic”. That’s my favourite song I’ve ever made! I came out the studio, did not come back in for half-an-hour, it felt right.”

When did you recognise your singing talents and when did you know you wanted to make a career out of music?

“I always knew I had a little tone. When you’re from the ends and singing you’re not respected so you don’t really want to do that! I was rapping and freestyling. One time I was freestyling with my manager and hit a few notes. He said “Yeah you need to run this, the rapping is air!”.

Was there anyone who gave you that extra push to go down the music route?

“My manager and my sister. My sister is a big influence in my music. I freestyle with her daily. My sister definitely pushed it. When I came out with my first track she said “This is you!”. When you have an older sister, they put you onto the music from the old days. You grow up from whatever their age is listening to.”

Growing up in North London, did you face any challenges along the way making it into the music scene?

“Of course bro. If you’re from Tottenham there’s just clashes! If people see you doing your thing, some people can be envious and want to take a bit of that. Especially singing and being from the ends, sometimes you’re not respected so you have to come super cold!”

“Situation” is a standout track which introduced yourself to a lot of people. Did you have a feeling this was the track to push yourself out to a bigger audience?

“Nah! My manager thought it was going to do something, but not as much as what it did. That was a gas! It kind of blew up in America and Toronto before it did in the UK. No one ever really anticipates a viral moment.”

You even got the co-sign from Drake’s producer Boi-1da – How did you feel at the time?

“I was screaming! He’s produced “Pound Cake” and has close ties with Drake. Drake is a big inspiration, and he knows who I am. That was lit.”

|I just want to show that we don’t need to look gang! I’m just about vibes. If you’re coming to my video shoot, you have to boogie! Otherwise go home!”

It’s been two years (2020) since the release of “Squeezing Ya” – Do you feel you’ve evolved as an artist with your music in these two years?

“100% I did not like that track! I’ve definitely evolved. I was finding myself and my voice. I didn’t really know how to sing back then but now I know how to hit high notes and falsettos.”

You recently completed the European tour supporting Jack Harlow which is a massive accomplishment – How was the tour experience for yourself and being with Jack Harlow?

“Big him up, that’s the bro, he’s a real one. I really appreciate him for what he’s done and even embracing the mandem. It was brilliant. Jack gave me an opportunity and it’s good to see how to interact with a crowd that doesn’t even know your language! If you flop in London, you can just shout “Oli, Oli, Oli” and they’ll shout back but you can’t do that in Europe! It was good that the fans knew who I was so that helped a lot.”

What was your initial reaction to finding out you would be supporting the tour?

“I was nervous. I was thinking to not do it! I wasn’t sure if I was ready but you have to grab the opportunities and run with it.”

Can we see a future Nippa x Jack Harlow collaboration?

You have the likes of yourself, Zion Foster and Jim Legxacy waving the flag for the UK. Is the UK in a good space with the current R&B sound?

“I think labelling it as R&B is very detrimental to everyone. If it’s not Drill or Rap it can’t just be R&B. It’s good music and the scene is in a good place. If people want to label it as R&B then that’s cool.”

What genre would you associate with your music?

Who were your inspirations growing up?

“Of course Drake, PARTYNEXTDOOR. As I’ve got older Brent Faiyaz. I also like the old-school Maxwell and Musiq Soulchild.”

Is there anyone you want to work with which hasn’t come to fruition yet?

“I do want to work with Pinkpantheress, BenjiFlow even though that’s my boy and Flo!”

Who are your current 3 go-to artists to listen to right now?

“A Toronto artist called Dylan Sinclair, Destin Conrad and Flo. I listen to a lot of Flo!”

“That’s a hard one. I would say both support tours. Supporting Craig David and Jack Harlow were big moments for me.”

“That’s a question! I want to establish myself to become one of the “Big 3”. Every generation has a “Big 3”. We have Stormzy, Hus and Dave. Knucks is establishing himself. That’s my plan.”

What would your advice be to the younger generation who want to be artists or involved in the music industry?

“The music quality comes first. If you’re making timeless music, it can blow up at any time. Once your music quality is there, the world is your oyster.”

What was the best piece of advice given to you? 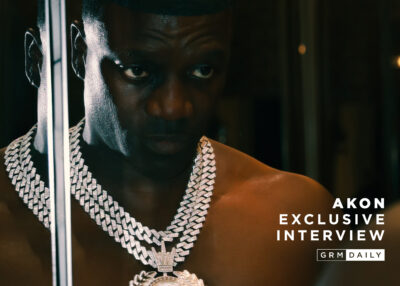 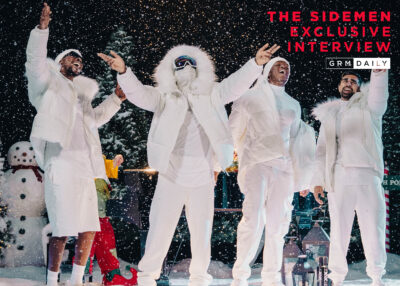 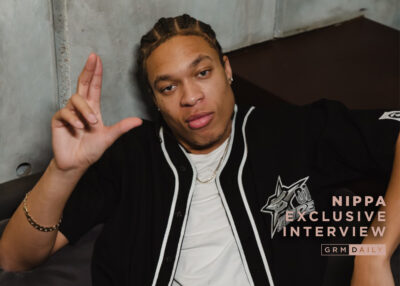