GRM Exclusive: No Signal discuss why its important to remain independent & #Ns10v10 Season 3 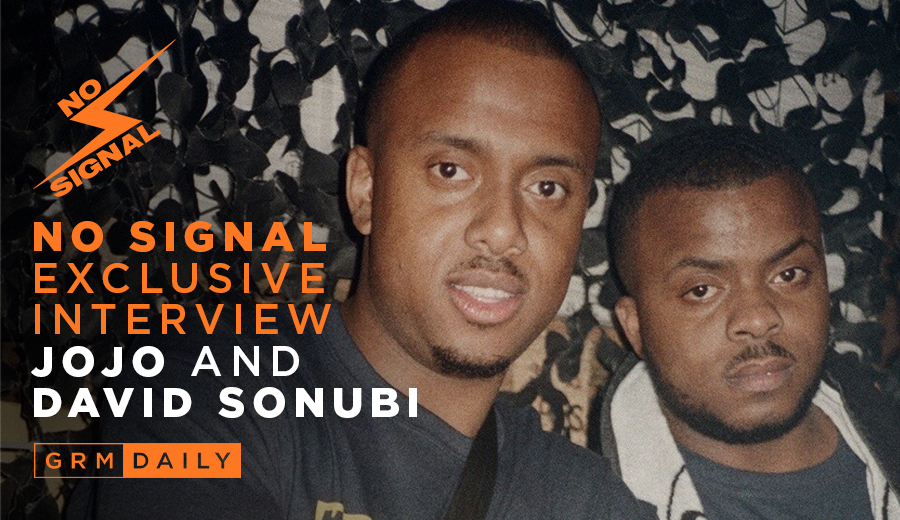 “Our ultimate goal now is to create jobs and inspire the people to do their ting” say Jojo and David Sonubi. Fuelled by a deep-seated motivation to evoke change, the pair of them boldly sought after building an empire of black media and creativity.

Originally developed as an extension to Recess – their growingly successful chain of parties – No Signal radio began as a live stream of a Recess party cancelled by Covid-19’s untimely arrival. But when 300 people locked in, they realised they had something legitimate to offer. Every evening at 9pm, we were delivered our daily fix of warm banter, great music and considerable controversy. It was a strangely unifying moment that filled the void of not being able to meet-up and party with our friends.

Caught in the whirlwind of the #NS10v10, you could easily have forgotten that it was just one segment of their daily schedule and that No Signal functions as a fully programmed radio station, on air from 10am – 1am every day, seven days a week. It includes other fan favourites like #VibesWithVells, #NSSUPERALBUM and #SundaySessions.

The station occupies a territory that sits on the cross section between chat-radio and a niche-oriented format led by an assembly of bubbly young DJ’s and presenters hand-picked by the brothers themselves.

The pair first became consumed with music through their church when they were children. David and Jojo distinctly remember being taught how to play the drums by their father, and the tapes they used to listen to in the car before and after church services. “We grew up on a lot of Nigerian gospel and highlife music” Jojo explains “And Fuji music” David interjects “even Angolan music, our neighbours were Angolan and congolese, they used to blare out Koffi Olomide like every day with their door open, we used to enjoy that as kids”. These early experiences – shared across the diaspora – have dictated the stations love-affair with Afrobeat, and its diverse nature of sounds.

Now, No Signal is looking to raise enough funds to build their own studio, for a place that they can call home. They plan for it to serve as their new headquarters, but also somewhere for them to build a new generation of black owned media and entertainment. GRM daily sat down with David and Jojo Sonubi, to discuss why they’re crowdfunding, their future plans and what season three of #NS10v10 will entail.

Cool, so It would be pretty fair to argue that radio just isn’t what it used to be for young people; why did you decide to start a radio station?

J: We all listen to music in different ways; there’s playlists, our own music, the algorithms that are made for us blah blah blah. But then you see DJ’s live or rapping in places like Boiler Room, you see people performing on Colours but we don’t really have anywhere that we can just listen to music without having to do anything except listen. And when I say we I mean our particular scene, our corner of the game. I don’t feel like there was a station for us –  there was a gap. And it’s not like we’re doing something entirely new but there’s a gap there. In the scene that we operate in, especially from like our Recess crowd – that’s where our main consciousness lays – there wasn’t really anything like that. Other radio stations for sure, but nothing that encompasses all the genres we’re privy to with the Recess brand, but then also some of the genres that are underrepresented, such as the Francophone music. There was a gap there, so we filled it.

Before you went ahead and formed the radio station, how confident were you? Did you have any doubts?

D: Nah, not really. ‘Cos like yeah, the radio station popped off this year, but we’ve been doing radio/ livestreams for quite a while now. We’ve been speaking about this stuff from as far back as 2014/15. We’ve been trying to do it for a while, it was just perfect timing that it happened now. We never really doubted it, we always knew it was going to work, it was more about when it was going to happen. More importantly, we always felt like the scene needed this. A lot of our ideas have been born out of frustration; that we didn’t have access to something or that we weren’t being represented in a particular way, so we just thought we might as well do it ourselves.

Why is it so important to have a radio station run independently?

J: It’s music that we can still control the narrative of. We control how the station sounds, what the station represents, what we stand for, who we stand for. For example, when you get an investor, they always come with an agenda. You know, once you have a stake in a company you have a voice, and sometimes they might want to steer the company their own way. And even though there are structures in place to stop those kinds of things from happening, like votes and stuff, there’s still a pressure to become commercial enough to recoup the money invested. When you go super commercial, you deviate from the bar. You start doing things you might not want to do but have to do to make ends meet. And of course, you’ve still got to make ends meet but I’d rather do it on our terms.

D: and also, if we’re honest everybody wants and needs money, but we actually never sat down at the start of this and spoke about how much money we could make from this. That’s never been a conversation. We just happened to make money in business. For us to get investors involved, especially at an early stage, it’s never really been a conversation.

Why is having a station like No Signal so important?

D: A lot of people feel like they aren’t being represented in main stream media. We also understand – having a party like Recess – that feeling of going to places and feeling uncomfortable. Even today, people don’t feel comfortable in certain spaces. So this creates a safe space in media on air for people to tune in and hear people that sound like them, look like them, music that is for them and just feel comfortable.

Whenever there’s an Ns10v10 on, it inspires a real communal spirit on the TL – just how Love Island did – did you expect that kind of response and engagement?

J: That was the aim, that was definitely the aim. To engage the timeline together to pay attention to one thing. So to see it come to fruition definitely felt like a win, for sure.

With the on-going plight of black people, do you feel like the UK’s music industry is institutionally racist?

J: I don’t know really. But we live in the UK. Inside of the industry, outside of the industry, it’s not really something you can escape. You know the typical micro-aggressions, like music policy or not wanting a certain crowd inside the party even though they don’t cause a threat, signing forms – those are things we deal with. It hurts init. Hence why we started the station and the parties. But we’re creating our own spaces so we can at least have some respite.

How have you guys (and the presenters), handled some of the negative reactions you’ve got?

J: The negative responses; some of them are warranted and others are quite shocking sometimes. You kind of just get used to it. You know, when there are so many people locking in, you see so many more negative comments. If we had a smaller platform, the negative stuff might just go under the radar. But you know with social media, you can say whatever you like. At first, it was pretty difficult to deal with, hard not to take it personally but it’s a learning curve init.

What has been your favourite clash so far?

D: Mine was the ‘Grime v Garage’. That was just amazing. From the livestream element we implemented on YouTube, to the vibe in the studio; everything just went perfect that day. My personal favourite. Big up Scully and Henrie too.

J: For me, it was probably ‘Burna v Poppy’ – that one felt the most like a party.

D: More vibes man! Production elements definitely going up, more interactions with the people – the listeners definitely want to be more involved, so that’s super important for us. And for us as well, just trying to expand the station all around – from Mornings with RBC to Lunch Times with Bis & Ore to Afternoons with Lorna & Alvin – we just want to elevate the station and hopefully by the time we’ve got our studio everyone’s near enough a household name.

Having established yourself as influencers of the culture, what is the ultimate goal? For you guys and the station?

J: Just to create jobs and inspire people to do their ting man. We’re inspired by the people that have come before us, so hopefully we can inspire the people after us, building towards a massive infrastructure of black media and fully independent systems of black creativity.

Marlo has given us a new video for his track dubbed “Chris Rock”. Take in the visuals right here on GRM Daily....

Neema has given us the video for his drop dubbed “Benz Truck” and you can have a watch of the visuals here on GRM Daily!...

Monost4r has come through with a set of visuals for “Ain’t The Same”. Take in the video for the song here on GRM Daily....