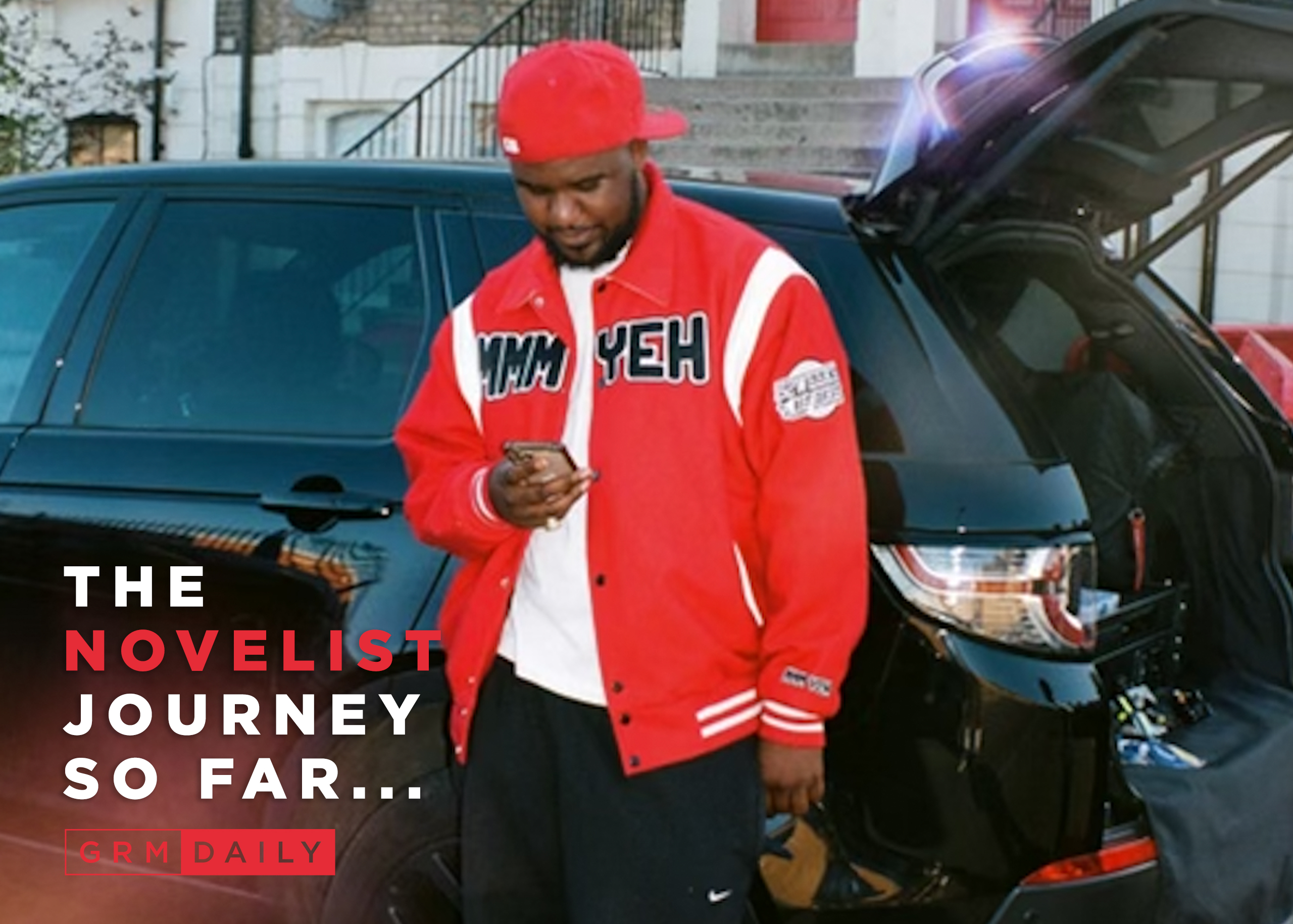 Formerly described as the “New face of Grime”, Novelist, has made waves on the Grime circuit with his cutting-edge production and songwriting talent. Hailing from Lewisham, South London, Novelist has spent the past nine years rising through the ranks to become one of the most talked about Grime MCs in the game, with his raw, authentic sound and unapologetic lyrical prowess.

From the early days of appearing on a myriad of London’s finest pirate radio stations, the Lewisham MC made an imprint on the minds of music fans and critics after he went head-to-head with Cadell on the legendary Grime DVD Who’s Da Boss. It was clear that 2013 was a poignant year for the up-and-coming MC after his infectious instrumental joint “Sniper” began to gain traction in the form of increased airplay across the capital led to an opportunity to produce a full EP for influential label Oil Gang.

From this point. It became apparent that Nov had an unbreakable flair and passion for music that would see him go far. During a studio session in 2013, Novelist worked alongside inspired producer Mumdance on track “Take Time” which was later released on the Rinse FM label in summer 2014. To nobody’s knowledge at the time, this was the beginning of a flourishing working relationship between the South-bound MC and Mumdance.

It was in 2014 that the career of a promising UK talent really came to fruition. His recently released music was beginning to capture the attention of radio outlets bigger than his usual pirate settings- with airtime from BBC Radio 1XTRA opening the door to recording opportunities like that of DJ Cables highly anticipated 60 Minute Mix. Having acquired the support of 1XTRA’s Mistajam, plus many others, Novelist signed a deal with XL Recordings and received a MOBO nomination in the ‘Best Grime Act’ category. There was no stopping the teenage musician.

With a colossal record deal under his belt, it was time for Novelists debut release with XL Recordings, which once again, saw him reunited with Mumdance on the 1 Sec EP, fittingly released on the wordsmith’s 18th birthday. Following on from a warm reception from the release, Nov was about to embark on a perhaps life-changing point in his career; after leaving The Square crew to focus on his solo career. After supporting worldwide electronic dance artists Major Lazer at Alexandra Palace, Novelist was well and truly on his way to becoming the UKs next Grime prodigy.

From supporting highly established artists on their European tours, to landing features on one of the most anticipated albums of 2016, it seemed the young musician was on cloud 9, reaping the fruits of his labour so far. May 2016 couldn’t come quick enough for some Grime fans, as Skepta was due to release studio album Konnichiwa; an album that would witness a feature from Novelist himself on punchy riddim “Lyrics”.

Each year that passed for the South London spitter brought about an abundance of new opportunities, but with that came hurdles too. Later on in 2016. Novelist was dropped from XL Recordings. In what seemed like a huge obstacle in anybody’s career, the MC hit back by starting his very own label, MMMYEH Recordings.

When it comes to straight-talking, uncensored lyricism, Novelist comes to mind immediately as an indelible musical force. With his career at an all-time high, it was time to employ a manager. It didn’t take long, and he certainly didn’t have to look far. Novelists new manager, sometimes better known as Mum, was about to join her highly talented son in a whirlwind career. Novelist and his mother’s relationship is nothing short of beautiful. His mother has had his back from day one- something we witnessed first-hand after his appearance on BBC 1xtras’s Grime Mums- exploring the lives of the Mothers of UK Grime MCs.

In 2018, Idiosyncratic musician Novelist had us in the palm of his hand as he was about to release his long-awaited studio album Novelist Guy. Promising an enthralling, and eye-opening showcase of lyricism and production, the body of work couldn’t come quick enough. Following on from his earlier released Be Blessed EP, the lyrical content seemed like perhaps an extension of the topics at arose throughout the EP. The entirely self-written, self-produced album was a candid demonstration of the sheer talent Lewisham’s Novelist holds within- something recognised by music critics with a Mercury Prize nomination.

The hype from Novelist Guy continued into the new year as the MC was about to embark on a mini tour that would see him bless four cities with a series of unmissable gigs. The tour had a feel of exclusivity to it, with only 4 dates on the roster, fans scrambled to secure their tickets.

During the tough times to follow, with the pandemic and multiple national lockdowns, in turn, the UK were left somber from the events that unfolded. It is safe to say that regardless of what was going on, we had music to keep us company; perhaps for many, it was a form of therapy. Novelist used the time to stay active, with a rally of releases including the heavy-hitting Inferno EP.

Earlier this year, almost nine years on from his debut appearance on the airwaves, Novelist remerged with a slick 10-parter dubbed 4 Tha Homiez; an experimental album that explored the many polarities of Novelist and his astounding career so far.

Novelist has devoted his career so far to making people happy through the medium of music. The young artist continues to live up to his name, as the master of his own narrative.