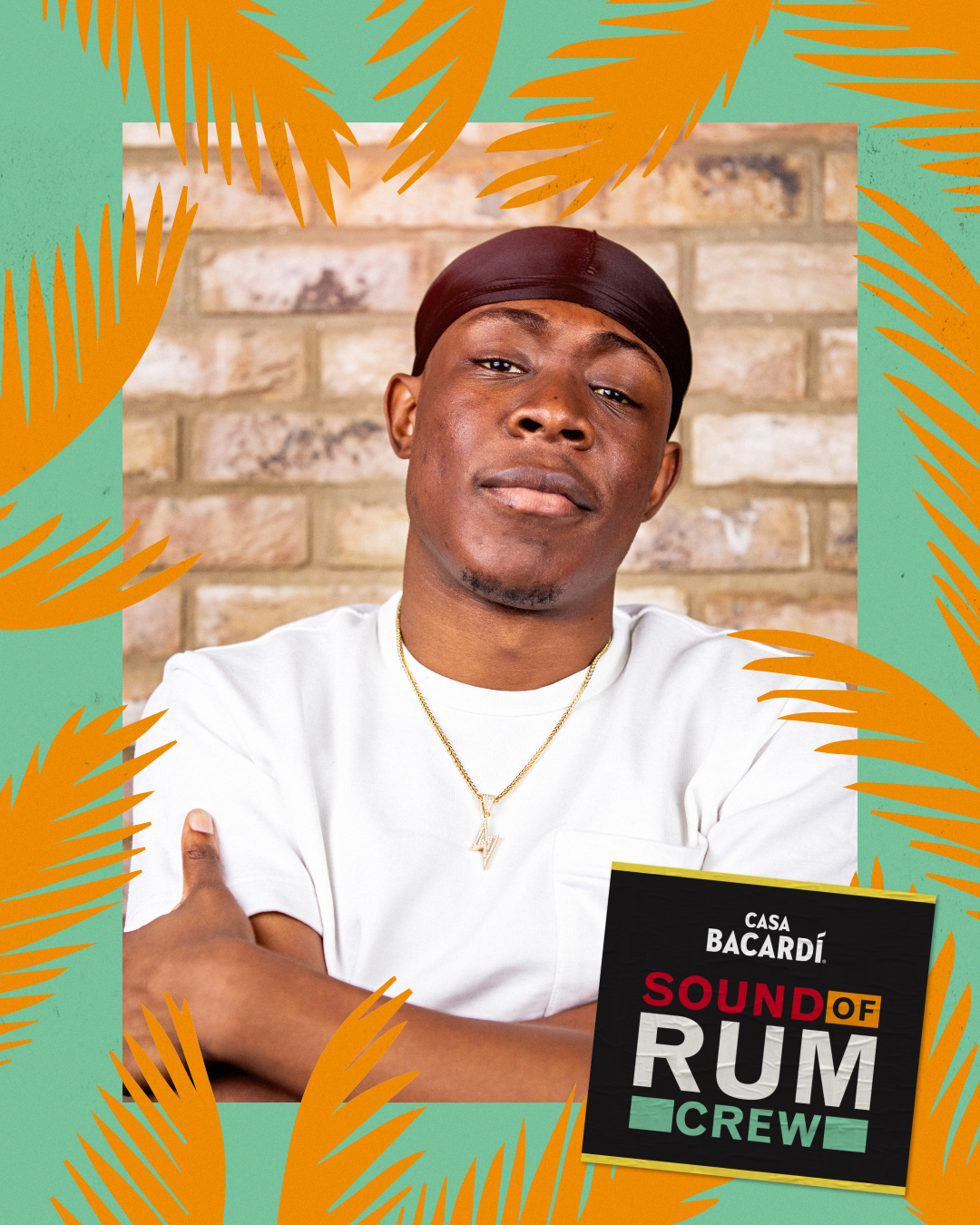 Our first real introduction to One Acen came back in 2017, when him and Hardy Caprio dropped “Unsigned” and provided us with the soundtrack for our summer. His music has since become a regular fixture on everybody’s playlists, with a streak of undeniably catchy singles and a solid project to accompany them, GRM caught up with him last week to discuss his involvement in Casa Bacardi’s return to the UK, life before the fame and what’s new on his horizons.

I understand that you spent a large part of your childhood in Hertfordshire. How does it differ from London and which do you prefer?

“Now, I prefer Hertfordshire. Just the countryside in general, it’s not as hectic and there are way fewer madness’s happening. It’s interesting because when I first came here I hated it. I was young, so moving away from my friends was weird for a bit and moving to somewhere where I didn’t know anybody was strange as well. But to be fair, Tottenham wasn’t the nicest of places at the time.”

Your big breakthrough happened in 2017, in your mid-twenties. For somebody that’s been doing music their entire life, that’s pretty late. How did that affect the attitude your loved ones had towards your musical endeavours?

“My mum just wanted me to do something, really and truly but nobody knew if it would work out. Everyone had their doubts but I knew what I had to do. If I’m being totally honest though, nobody really took it seriously which was massively demotivating. The people around you are supposed to be the ones encouraging you the most but I can understand why they had their doubts because at time, it didn’t really feel like it was that possible.”

In another interview, you were quoted saying that the reason why you hadn’t participated in very many interviews was because you “didn’t think anybody cared”. At what point did it start to sink in for you that you were quite a big deal?

“I mean, if I’m being honest, I’ve never really felt like a “big deal” but I feel like it’s important to share your unique perspective because of course, there are those people that do care and there are some people that want to walk the same path as you, or they may have had the same struggles as you.

It’s good for everyone to share their perspective about their story and how they came up. When me and Hardy dropped “Unsigned”, that was a huge turning point for us.”

While we’re on “Unsigned”, how did you and Hardy come to being so close?

“He just hit me up on twitter and we exchanged numbers. Then he gave me a call and we were just talking for hours. That was it really, that’s how we became friends.”

With this being the inaugural Sound of Rum Crew tour around the UK, how does it feel to be at the forefront of such an exciting new movement?

“Yeah man it’s gonna be interesting, I’ve never been a part of anything like this. As far as I’m concerned I haven’t seen anybody do anything like this and it just feels great to be a part of something that’s new. I’m just grateful that I was chosen as one of the names.”

What was your reaction when you found out who the other crew members were?

“Interesting, because at first It seemed so random, but it just made sense at the same time. You’ve got Donae’o, Br3nya, Siobhan Bell, P Money and Harry Pinero. It’s just like they specially picked certain people so I’m grateful and super gassed to be working with Donae’o, he’s a legend. This isn’t our first time meeting, but it’s our first time proper speaking and it’s reaching a point where we’ll probably jump on a tune together. It’s nice linking up with people you wouldn’t usually meet, like Siobhan’s in my new video but I met her through this so it’s just cool”

Can we look forward to any collaborative efforts from you and any of the other crew members?

“Yeah, definitely. Sometime in the near future I’m gonna try something with Donae’o and funnily enough, I just like P Money as a person so I’m gonna see if we can make something, different styles though. Br3nya sent me a tune the other day, so we’ve got something coming as well.”

Which city are you most excited to perform in?

“It’s weird because obviously it’s always exciting to be in the ends, like the Croydon show should be mad, but I ain’t ever been to Glasgow before, so probably that one.

You hit the Wireless stage for the first time independently this summer, how was it for you?

“It was mad, I’m super happy about it. Usually when I perform I feel that there’s something that I could have done better, but with this one I wasn’t really sure what I could’ve done better. It’s got to be one of my best shows.”

I learnt that you produce a lot of your work as well, have you been doing that for long?

“Yeah, I’ve been producing for as long as I’ve been making music for. One of my close friends, who actually is a producer, was the one that taught me. In fact, I laid the foundations for “Vice Versa” and he finished it off. I produced “Verified” fully and I worked on the beat for “Rolling” as well, it’s usually a collaborative thing. I just thought it was normal, but it’s only now that people are talking about it that I realise it’s a separate skill.”

You’ve made it no mystery that you have a project on the way, but can we expect it before the year’s end? Also, can you reveal any of the features on there?

“Yeah, I’m literally just one tune away from finishing it. There aren’t that many features on there though, I’m trying to make it more of personal thing. I do have a song with Rimzee on there though and that’s probably my favourite tune on the tape so far. I want this tape to be more about me because some artists just get lost in the features.”

Where did you find the inspiration for the name of your last tape, SexyOddRose?

“I just call myself an odd rose because I like the sound of it, plus obviously the whole sex symbol thing. In fact, the name of my next project is called SYMBL.”

Lastly, how do I become a sex symbol?