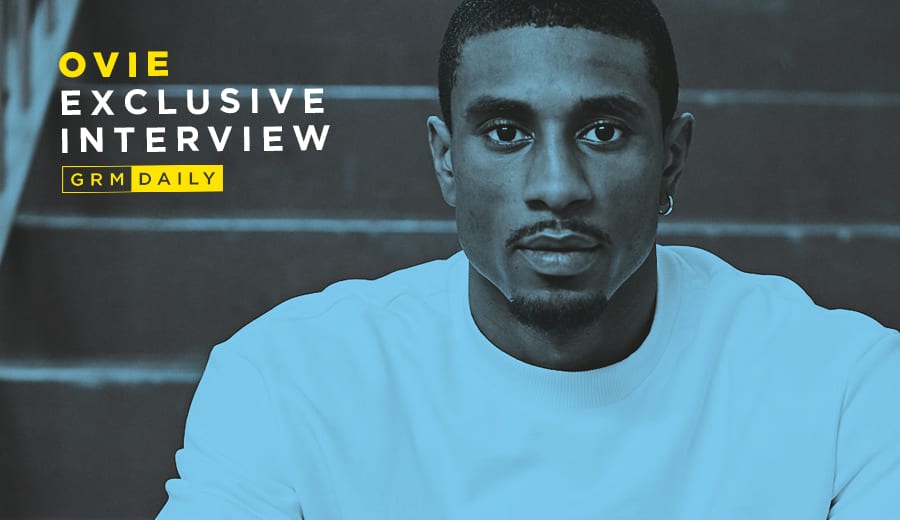 Most people’s first introduction to Ovie Soko was through his appearance on the UK hit reality TV show, Love Island, in 2019. It wasn’t long before he became a fan-favourite and developed arguably one of the most admirable reputations the dating show has seen, after he brought his humble and hilarious energy to our screens every evening, during his time in the villa.

After making it to the finals, it goes without saying that large swathes of the nation had been voting to keep him on the show, and fans have been keen to keep up with his life since. Many people will also know that Ovie embarked on a successful basketball career prior to Love Island and has since fallen back to his roots, continuing to play the sport he loves at a professional level.

However, ahead of continuing his basketball journey, Ovie faced a decision of whether to see what post-reality TV life could entail for him, or to head straight back into playing ball, and it was a decision he chose to explore in his first documentary, Ovie: Life After Reality TV, where he shows us the highs and lows of the industry through the eyes of reality stars.

We caught up with Ovie as he talked through what led him to make his decision, what it was like filming his debut documentary, and the good and bad of the reality TV industry.

Can you tell us what it was like filming your first documentary?

“Yeah it was different man, obviously I’ve never done anything like that before, so it was a learning experience. However, I just learnt a lot on the go. It was cool to hear different people’s perspectives and just being in that role, it was a dope experience.”

You start off the documentary by kind of outlining that you have a big decision to make in terms of your career – in comparison to past decisions you’ve made, how difficult was this for you? What was the deciding factor?

“I feel like at the beginning, there was a real possibility I was genuinely feeling like ‘ok, so maybe I might be on to something, maybe I should follow this road a bit more or sort of pursue the industry side of things’, if that’s the right way to describe everything. But then as time went on, as I went through and I met a couple of the different people and I heard their experiences, I just took time out and sat and really thought about what was important to me, you know, and basketball sort of ended up coming out on top.”

Always an absolute pleasure representing GB and catching up with the guys, had a great time this window, thanks to everyone who came out and supported us ❤️

When you first started playing basketball, did you think it was a forever thing or did you have your eyes set on another career path?

“Basketball’s always been what I wanted to do. I’ve always, always wanted to be involved in basketball, from when I was probably about 11, around then, I just knew I always wanted to be a basketball player. And I was lucky enough and I am privileged enough to be able to play for a living, which is dope, and that’s why now this reality side of things and everything is just a bonus.”

What was it that made you decide to do reality TV in the first place?

“Oh it was my brother’s idea, it wasn’t my idea. My big brother was like, ‘yeah you’re a clown, you would be sick on this show, you should apply to go on this show’, and I didn’t think anything of it at first, you know, I just sort of felt like, ‘yeah you’re mad’. And then eventually I was bored, I went back to play for my team in Spain and after training one day I applied and funnily enough they hit me back when [I was] on the road with my team. We’d just landed in Tenerife and I got a call from ITV and they were like ‘we’d like you to come in’, and I thought it was someone playing a joke on me, I thought it was my friends. So, you know I ended up going in and the rest just sort of happened.”

Have you ever regretted it?

“Nah, well, no I tell a lie, there’s sometimes – I’m a very low-key, down-to-earth person, you know what I’m saying, and there’s times where I feel like people don’t just treat me like I’m the same as them kind of thing and I don’t know, that’s a bit weird to me. I feel like we’re all the same, we’re all just as important etc. So, times like that I’m like yeah, that shit’s a bit whack, but generally it was a dope experience.”

One of the biggest issues with all the reality stars you spoke with was the fact they had to compromise their privacy – did you realise how big of a change that would be for you before you headed into Love Island, or did it come as a shock?

“I mean, you go on TV in front of the whole country so you have to be prepared for people to sort of be in your business, but I still keep to myself, you know, I still do my thing and I very much keep my private life private. There’s things that mean a lot to me and I feel like when something means a lot to you, you protect it from the external forces, whatever they may be. And in my case, obviously the public is, to a certain degree, kind of a part of my life. But, you know, things that generally mean a lot to me, I hold that close and I keep that for myself.”

An interesting point made by the reality stars you spoke with was that people automatically feel entitled to an opinion on your personal life – how have you managed to deal with that?

“I mean, people’s opinions are gonna be their opinions, but I take time away from social media, I don’t read or go through comments, I don’t spend time in the DM and all that. DM’s, I will glance through every once in a while, I’ll catch a message if I catch it, but otherwise I just don’t spend time there, you know.

“When you’re reading too much into everyone else’s opinion on a situation, it’s just not healthy – good or bad. If people are saying horrible things about you, that’s negative, if people are saying nothing but wonderful things about you, that’s not a good thing either. So, I don’t read either. The ones I do catch, if it’s nice, I’ll say thank you or I’m really appreciative of it, but the negatives ones are just gonna be there, but just keep it pushing.”

In your opinion, do you think the benefits of reality stardom outweigh the negative effects?

“It can be both, everyone’s situation is very different, that’s one of the biggest things that I learnt from the documentary, that like you genuinely cannot gage how people will take a liking to you or what people will think of you – it’s opinion. So, it’s just going into that situation knowing that some people might absolutely dislike me or people could love me – you just don’t know, it’s weird.”

What was the biggest thing you’ve learnt from speaking with the reality stars in your documentary?

“I wouldn’t say it’s a new thing but it just shone a light on things and reminded me of things that really just matter, you know what I mean? It reminded me of the blessings – blessings just in my situation, I feel like I’ve been in a privileged situation in my life and [in] the reality world I definitely had a good run, as far as people taking well to me, so it just reminded me of that.”

You’ve become a super motivational person on social media, do you tend to receive DMs from people thanking you for sharing positivity?

“I do come across, sort of like, ‘thank you’ notes, which are always really nice, you know, that’s always really pleasant to know that you’re helping someone else out or you helped make someone’s day – that’s a good feeling. At the end of the day I think we’re all here to give. As much as we like to think we’re on this planet for us, each of us truly believes the world revolves around us, that’s not why we’re here. We’re here to give back and to make the world around us a better place, so I think that’s sort of like a little reminder that you’re giving back and that’s a good sign; it gives you purpose.”

What advice would you give to someone looking to go through the reality TV route?

“Just take your time, think about what you’re doing it for, think about the people that you truly do care about in your life, and if all of those reasons don’t agree with each other then you might not wanna go down that road. The biggest thing I would say on top of that is, you truly never know how people will take to you. You have to go into that environment knowing that people could literally hate me or people could love me and you just have to be confident in yourself. You have to just make sure you love yourself to the point where, regardless of whichever one happens, you’ll be ok because you know what you believe about yourself. That’s Ovie’s words of advice.”

Do you think there’s any way of protecting yourself from all the negativity?

“You’ve just gotta a take a break from it, you know, it’s hard for all of us. We need to Just generally separate ourselves from it, be it in the mornings and evenings where you don’t pick up your phone before you do certain things or, for a certain period of time and in the evening, you allow yourself to sort of wind down without looking at anything on your socials.

“Just that taking a break from it is really, really important because ultimately we’re not supposed to be in a room with however many thousand people all the time, but that’s what you’re doing when you’re on social media all day.

You’re allowing energy from Japan, Nigeria, America, all this stuff that’s going on, you’re allowing that energy into the room with yourself. So, you know, I don’t think that’s normal, we’re not supposed to take on that amount of information. So, just take a break, put it down.”

Make sure you tune in to the interesting exploration of how current and former TV stars deal with living their lives in the public eye, as we’re sure those who watch will grasp new perspectives on the social media world and reality TV industry.

BBC Three’s Ovie: Life After Reality TV will be available to watch on BBC iPlayer from November 10th and will also air on BBC One on November 17th at 10.45pm.