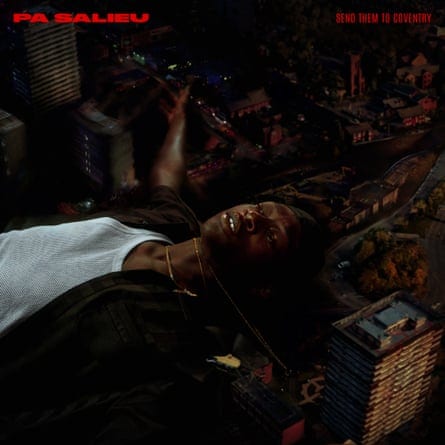 One of the most promising acts at the moment, Pa Salieu, has presented us with his debut project entitled Send Them To Coventry.

Right at the start of 2020, Pa Salieu kicked off his year with his banger “Frontline” and it’s been non-stop for the Coventry-hailing artist ever since. To wrap up the success he’s had in his breakthrough year, he’s gifted us with a big tape!

Clocking in at 39 minutes in length, Send Them To Coventry is a diverse body of work from Pa as he treats us to amped up singles such as “Block Boy” and “My Family” featuring BackRoad Gee, as well as more laid-back offerings such as “Energy” featuring Mahalia. In addition to Gee and Mahalia, the mixtape also includes collaborations with M1llionz, Boy Boy, Eight9FLY, Ni Santora, Lz Dinero, Stizee and Shakkavellie.

In a recent interview with I-D Magazine, Pa Salieu described the tape as “genreless”, adding that he wants “all kinds of people to vibes with it” and he has definitely delivered a well-rounded project we can all play on our speakers.

Take in Send Them To Coventry below!