With just days before the ninth edition of sold out UK festival champion Parklife, taking place in Manchester’s Heaton Park this weekend, we hear from the bill as to why heavyweight Skepta deserves to top the line-up along with The XX, Liam Gallagher and N.E.R.D.

Playing out on the festival’s new arena, The Valley on Saturday, AJ Tracey tells GRM, “I grew up listening to Skepta. No matter what everyone else put out I always thought his shit was the best. He always had that militant delivery and clarity that no one else could master, legend.”

This sentiment is also clear in his homage track, “Skepta” from the LP ‘AJ’s Stocking Filler’ where references and ad-libs from Big Smoke’s songs are sampled throughout.

Vince Staples is set to perform on the Sunday Sound of the Near Future stage and name dropped the Konnichiwa head honcho in a recent interview with Red Bull, “I get that, man. I love Skepta. He’s doing something real.”

In response to the main man’s Ivor Novello Awards win, Liam Gallagher tweeted, “Man like Skepta keeping it real got to stand for something”. Their bromance continued to flourish as it was reported that Liam made it known that he wanted the MC to support him at an upcoming London date. The two also posed for a Q Magazine feature at the Q Awards last year which was tweeted last month by Skepta himself. Crowds will enjoy consecutive sets from both on the Saturday Parklife stage. 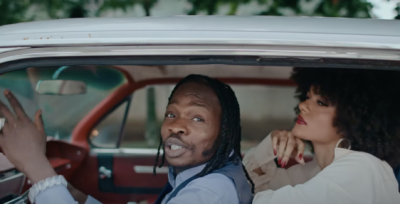