4 People Charged With The Murder Of Pop Smoke

2 adults and 2 teenagers have been charged with murdering Pop Smoke.

The popular New York rapper was shot and killed at the age of 20 on February 19 during a home invasion robbery at a property in the Hollywood Hills.

Now, 5 months after his death, the Los Angeles Country District Attorney’s officer has confirmed 19-year-old Corey Walker and 18-year-old Keandre Rodgers have been charged with murder. If convicted, they could face the death penalty or life in prison without the possibility of parole.

2 other teenagers aged 17 and 15 have also been charged with one count of murder and robbery in relation to the incident in juvenile court. Due to the ages, their names have not been released.

The four individuals who have been charged are suspected to be members of a South Los Angeles gang.

News of their charges come after it was recently revealed Pop Smoke’s posthumous album, Shoot For The Stars Aim For The Moon, debuted at no.1 in the U.S. charts. 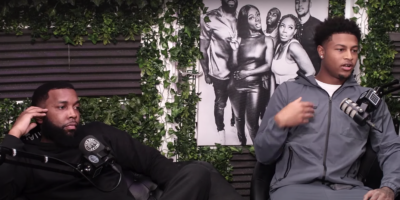