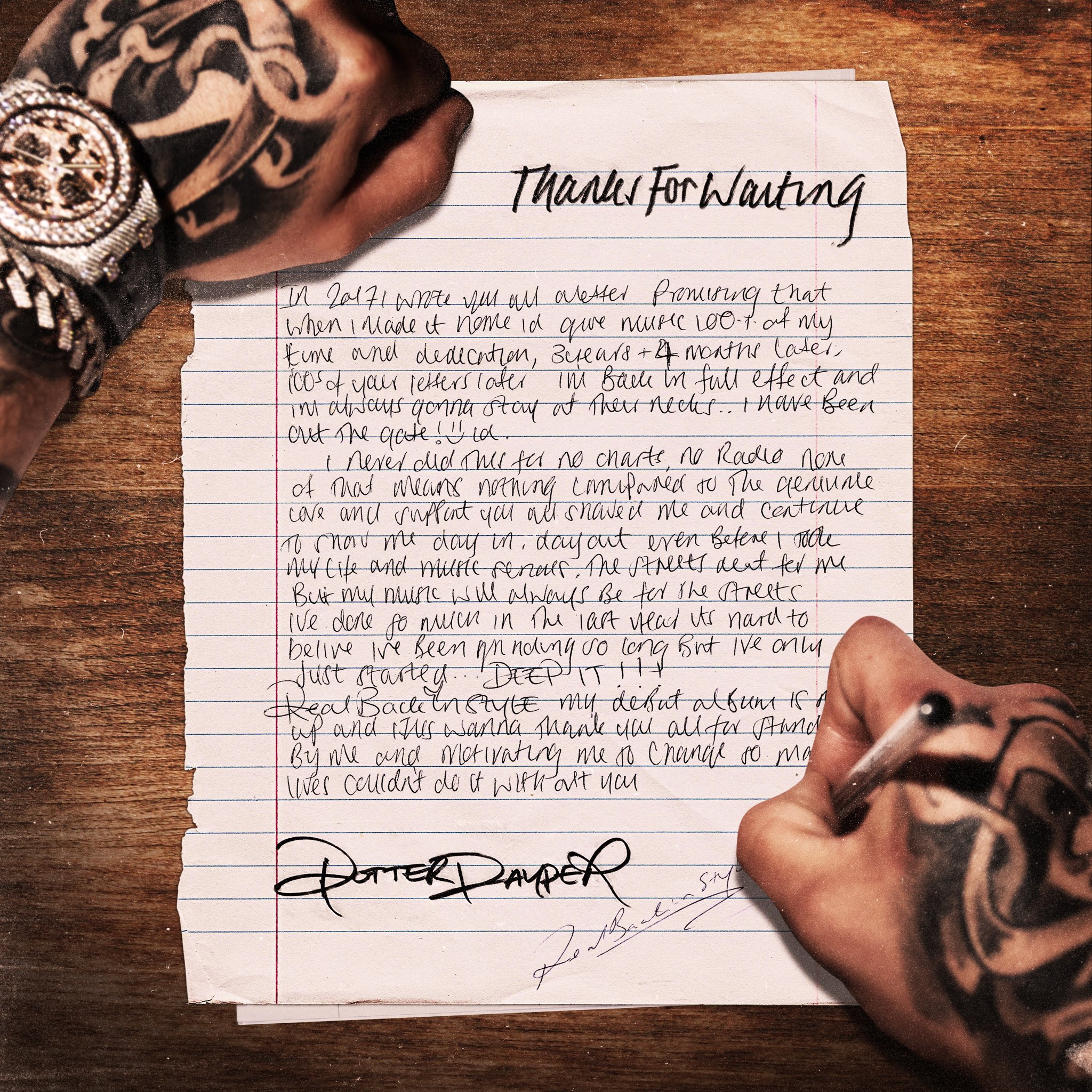 To keep us hyped for his upcoming tape, Barking spitter Potter Payper has unveiled the tracklist for the project!

Potter revealed the tracklist for Thanks For Waiting in a video on Twitter.

Scheduled for release on October 1, Thanks For Waiting is an 18-tracker and will see Potter link up with a number of big names in the scene including Unknown T, M Huncho, Digga D, NSG and more.

The mixtape serves as the follow-up to Potter’s 2020 mixtape Training Day 3, which peaked at Number 3 in the UK Albums Chart last October.

If Potter’s previous previous projects are anything to go by, we can expect big things from Thanks For Waiting when it arrives in just over two weeks!

Check out the tracklist below.

Thanks For Waiting tracklist: