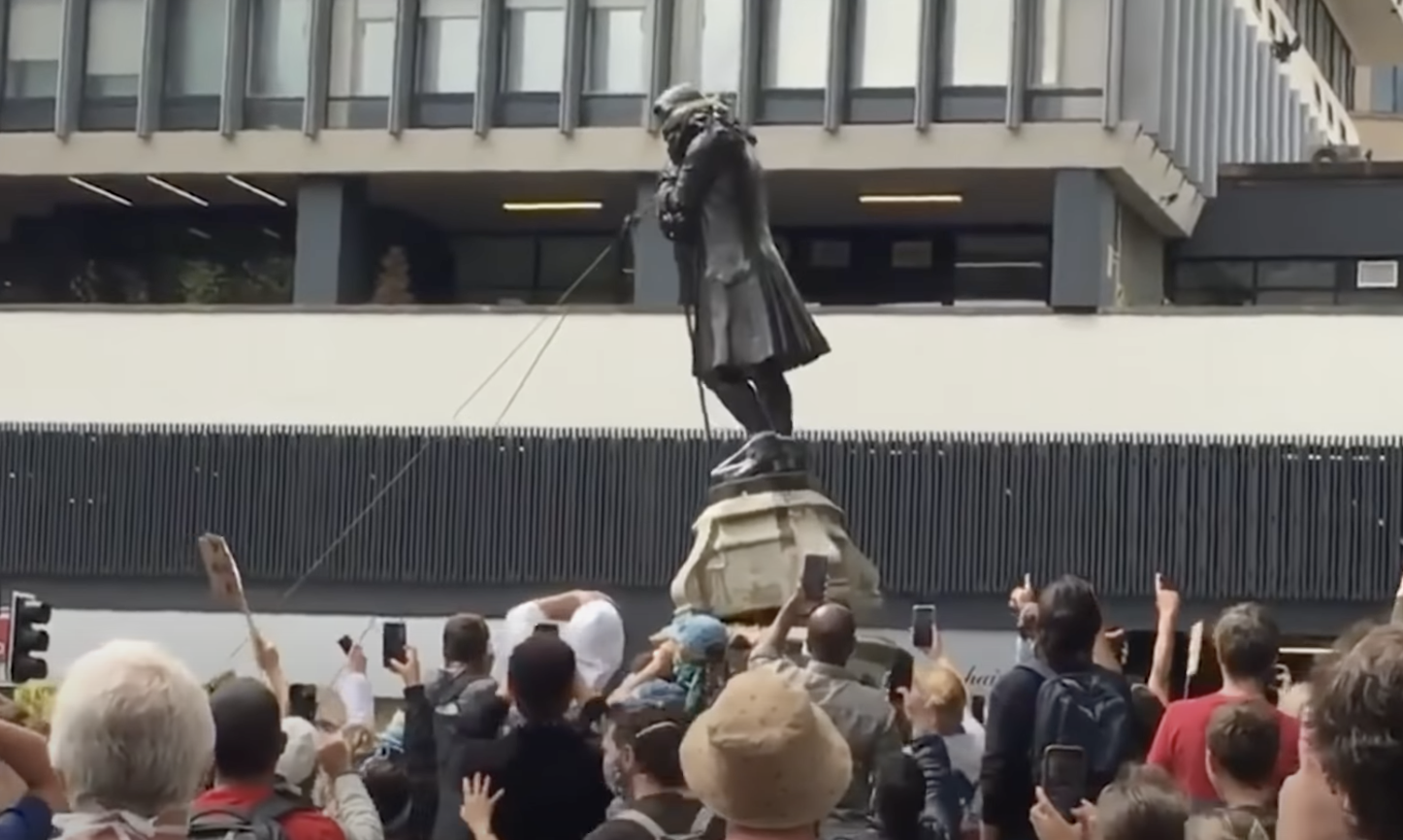 Four people have been found not guilty of criminal damage after toppling down the statue of slave trader Edward Colston during a Black Lives Matter protest in Bristol.

During a Black Lives Matter march in Bristol on 7th June 2020, the statue of 17th century slave merchant Edward Colston was pulled down before being rolled into Bristol harbour.

Graham, Ponsford and Willoughby were accused of orchestrating the toppling of the statue while Skuse was accused of encouraging the crowd to throw it in the water. All four admitted involvement but denied their actions were criminal.

After three hours of deliberation, the jury found the four defendants not guilty.

Talking to the court, Willoughby said he targeted Colston’s statue “because he was a racist and a slave trader who murdered thousands and enslaved even more.

Ponsford told jurors he “thought that a statue that celebrates a figure such as Colston was disgraceful, and offensive to the people of Bristol”, while Graham said she acted out of “allyship and solidarity” with people of colour.