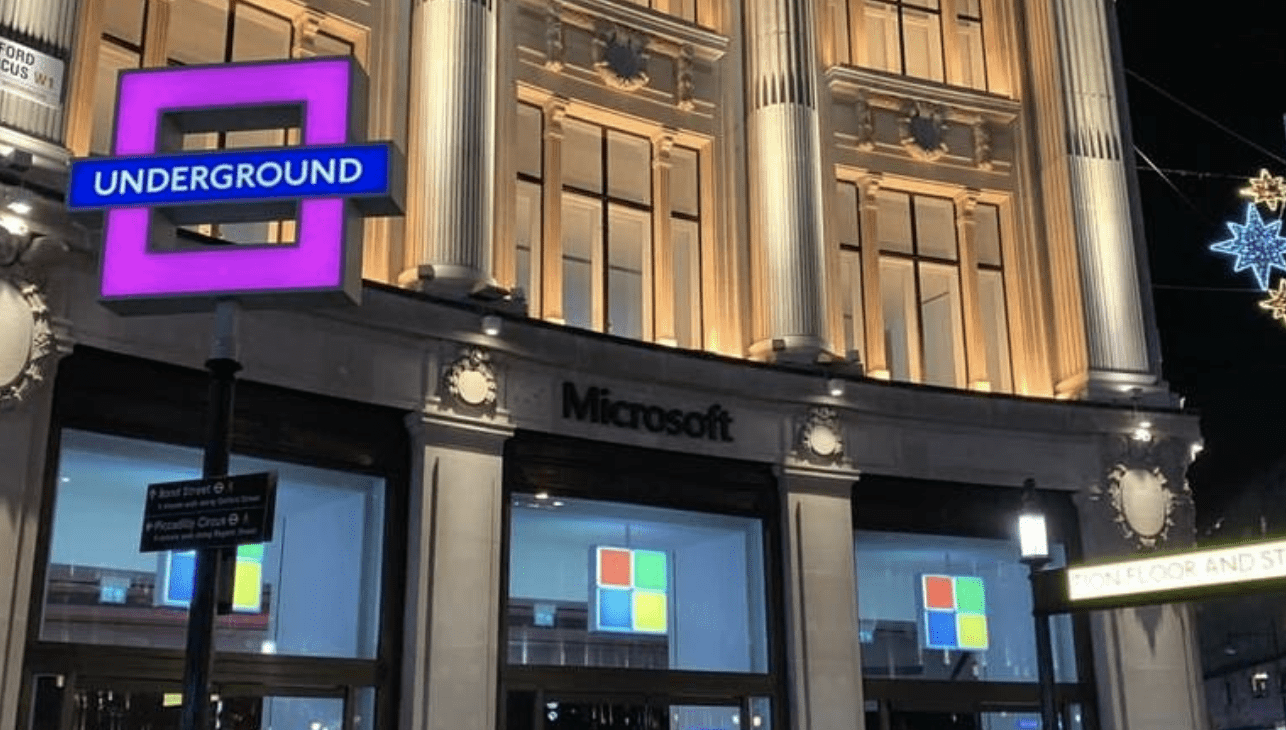 To celebrate the UK launch of the PlayStation 5, Sony have replaced a few of the London Underground sign posts at Oxford Circus station with PS5 buttons.

In a marketing stunt which will last 48 hours, the iconic PlayStation buttion shapes can be found at the four entrances at Oxford Circus underground station, while the walls of the station have been decorated with PS5-themed designs.

Cheekily, the Square button at one of the entrances is placed right outside the Microsoft store.

From one iconic shape to four. We’ve given the Oxford Circus Tube signs a #PS5 upgrade. pic.twitter.com/iw9qlEXR7B

In addition to Oxford Circus, four stations have also been rebranded to fit the PlayStation theme.

PlayStation UK’s vice president, Warwick Light, said: “The launch of the PlayStation 5 marks another defining moment in the history of the brand.

“We wanted to make the UK launch an unmissable event and celebrate it in a playful way with our fans by bringing together a British icon, the London Underground sign, with the iconic PlayStation shapes. Similarly, we’re thrilled to be able to bring some of our most loved franchises to stations across London and truly celebrate the latest additions to these fan favourites.”