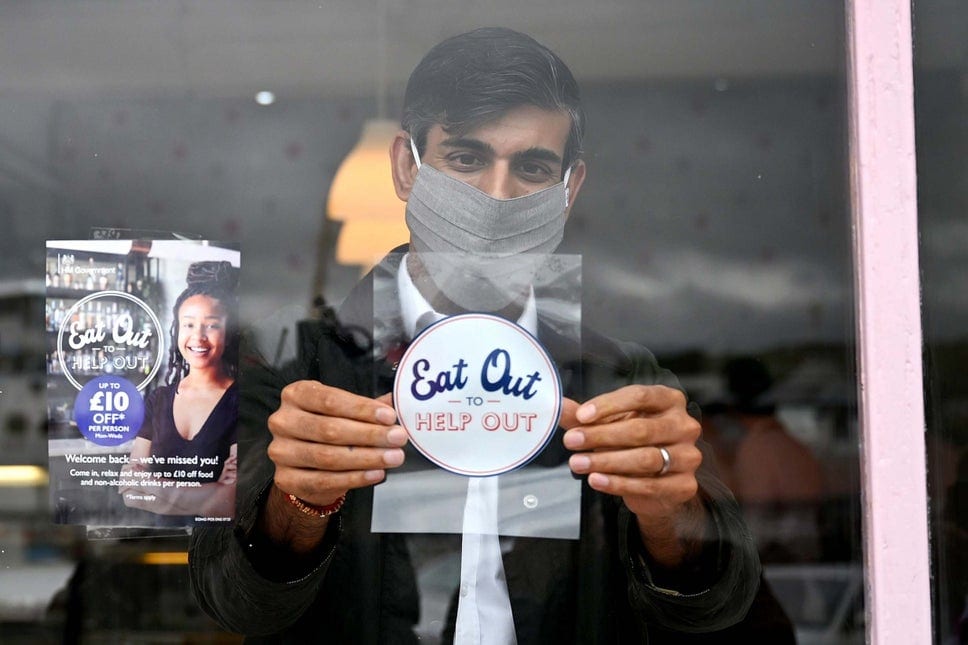 Chancellor Rishi Sunak has hinted that the popular Eat Out To Help Out scheme could return in the new year to “get consumers spending again”.

In an interview with Sky News this morning (November 12), Mr Sunak said more measures will be introduced to get people “out and about” after the second national lockdown.

Asked earlier if a new version of the scheme could be introduced to help food outlets affected by the current lockdown, Mr Sunak declined to rule out its return.

“We’ll talk about specific measures, but more broadly I think it’s right when we finally exit this [lockdown] and hopefully next year with testing and vaccines, we’ll be able to start to look forward to getting back to normal,” Sunak said.

“We’ll have to look forward to the economic situation then and see what the best form of our support.

“We want to get consumers spending again, get them out and about, we’ll look at a range of things to see what the right interventions are at that time.”

After the first national lockdown, the government introduced the Eat Out to Help Out scheme to encourage Brits to get back out. It gave diners up to 50 per cent off meals, up to £10 per person, Monday through Wednesday in August at selected restaurants.

The scheme played a big role in getting the UK economy back on its feet as it grew by 15.5% once lockdown ended.

On August 31, the final day of the scheme, there was a 216% jump in bookings compared to the equivalent day in 2019, according to data from OpenTable.

Mr Sunak’s comments come after research from an economist at the University of Warwick, Thiemo Fetzer, found that the scheme could have caused a sixth of coronavirus cases over the summer period.